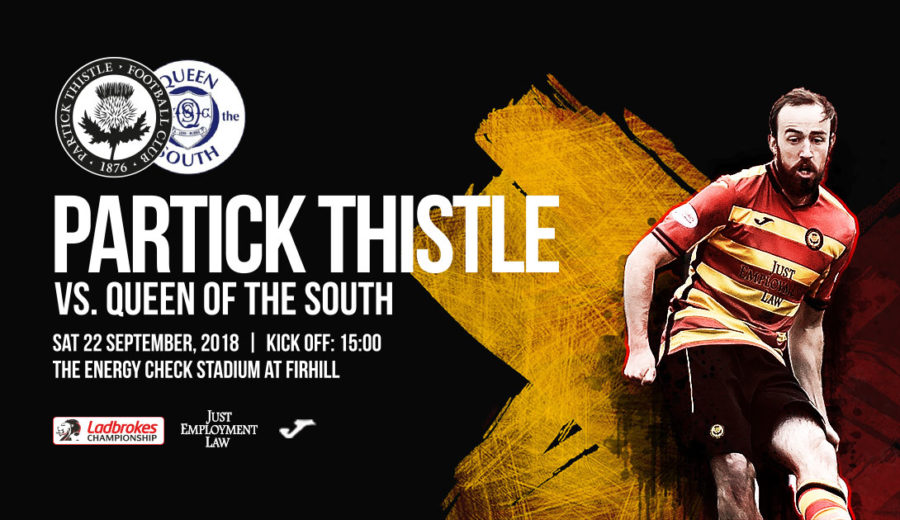 Bannigan delighted to be back playing football

There is one person looking forward to the game against Queen of the South more than anyone – Stuart Bannigan. The midfielder is loving every minute of stepping out on a football pitch again and can’t wait to continue that on Saturday as the Dumfries side come calling.

After spending most of the last two campaigns on the sidelines, the midfielder came back to a hero’s welcome against Greenock Morton three weeks ago and followed that up with an hour against Inverness last weekend.

Bannigan is feeling great and is looking to continue to build on his game time. Speaking to ptfc.co.uk he said: “I had a scare pre-season and I didn’t know how it would go. I didn’t know how long it would be until I was able to get back on the pitch and being out this long really makes you appreciate just being out there that much more. I’m delighted to be back involved and hopefully able to build up my game time.

“I feel great, I’m raring to go, they are trying to look after me a little which is understandable but I feel really good at the moment and long may that continue”

While the overall emotion is delight at being back Stuart doesn’t want to be there just making up the numbers, he wants to make an impact and help the team.

“When I got on the pitch I wanted to make an impact, I want to help the team, I want to make a difference. It was disappointing to be losing when I came on last Saturday but from a personal point of view it was good to get sixty minutes under my belt.

“I’ve been out a while so may be a bit rusty, but I feel that rust coming off with every minute I play. I feel I can play now from the start and I’m dying to do that. I want to show the manager that I’m able to do that and make a difference for the team to help get us where we want to go.”

“The manager has put a lot of faith in me and it means a lot. The manager, the Club, they’ve stuck by me through it all. I’ve thanked them many times and I’ll continue to do that.  They could have easily let go of me at any point, they’ve given me extra contracts when they didn’t need to; they were there for me and now I want to be there for them by helping us move up this league. I really can’t thank them enough.”

The Thistle number eight also had special praise for the Jags fans and their support of him.

“I couldn’t believe the reception from the fans to be honest. I was quite emotional and I’m not really an emotional guy. It was a special moment; I wasn’t really sure how everyone would react after being out for so long. I have to thank the fans for sticking by me, for that reception and welcoming me back after all this time.”

He is now looking ahead and hoping to kick start his career again.

“I’ve missed a lot of games of football at this stage of my career which I didn’t want to do, but I’ve still got time left, I’m hopefully just coming into my prime now and feeling good and I’m excited for the future.”

Looking forward to the game on Saturday Banzo is hoping to put last week out their mind and build on the home form so far this season.

“We were disappointed with last week’s performance and result and Saturday gives a chance to go out and play better, to start to put things right and put on a performance for the fans.

“Our results at home have been good so far this season so hopefully we can keep that going on Saturday, we want to make The Energy Check Stadium at Firhill a tough place for people to come, we want to make it tough for them to pick up points.

“Our away form has been poor, we can’t get away from that but if we can keep up our home form and start picking up some points on the road then we can get onto a good run.

“We know it will be a tough game, they carry a threat but so do we, we are at home and we fancy ourselves against anyone at home and believe we can go out and take all three points.”

“There are only five games gone, it’s quite tight and we still have the same goals for the season, we’ve maybe not done what we want to away from home but we know we are a good side and we have to show that away as well as home, but first we need to win on Saturday and look to go on a run.”