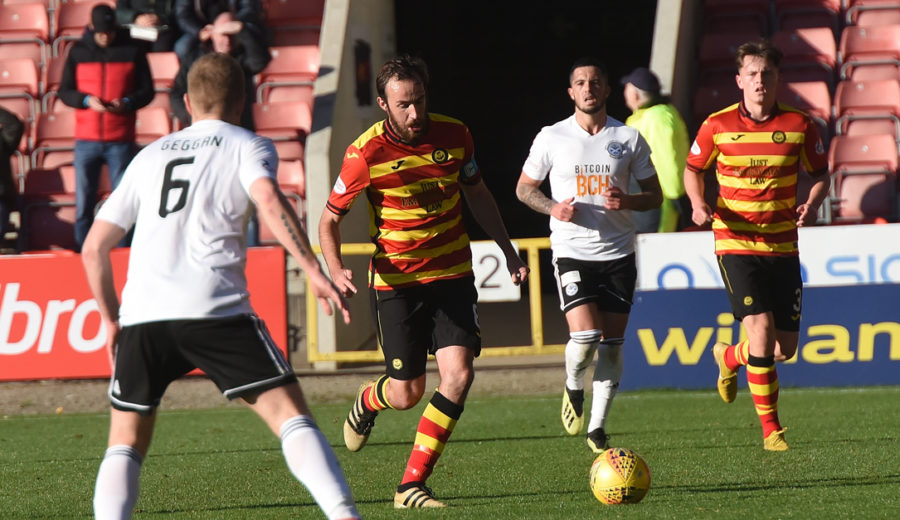 Stuart Bannigan admits the team just weren’t good enough after failing to get the win against Ayr United that would have secured the Jags’ place in the Ladbrokes Championship for the 2019/20 season.

Despite going ahead in the game Thistle weren’t able to see the match out and Ayr came back to win 2-1. The result will leave Thistle sweating until the last day of the season next week against Queen of the South to finally discover in which league they will be playing football next term.

Speaking to ptfc.co.uk Bannigan acknowledged that, based on the performance, Thistle didn’t deserve anything from the game,

The Jags skipper said: “It was a hugely disappointing afternoon for us. We started the way we wanted, we went ahead early and should have kicked on well from there but we didn’t. We never really got going after that and we simply weren’t good enough. We didn’t do enough in the final third and didn’t defend properly as a team so didn’t deserve anything from the game.

“It was one of those games where you go ahead and you’d have been happy not to play well if you could see it through but we never managed to do that. It was an opportunity for us to get the business done and we didn’t take it.”

Thistle require at least a draw to keep their fate in their own hands and Bannigan admits they have to go Dumfries, stand up and prove they are worth a place in the league next season.

“It comes down to a crunch game next week, it’s still in our hands but we wanted to get it done this week and not have to take it down to the last day of the season.

Despite a draw being enough, the Jags skipper will be going out looking to take all three points when Thistle face off against the Doonhamers.

“We’ll go into the match looking to win the game – nothing less. We can’t look to just draw the match or rely on anyone else we have to make sure we do the business ourselves. It’s in our hands just now which is a good thing but we need to take responsibility as players to get the result.

“There will be a big following I’m sure and the fans will really support us. They turned up in good numbers today looking for something from the players and we didn’t do what we needed to do, we have to put that right next week.”

Further reaction from Gary Caldwell, Jamie Sneddon and Christie Elliott to the weekend’s 1-2 defeat to Ayr United is available to watch for JagZone subscribers – log in to see them now.