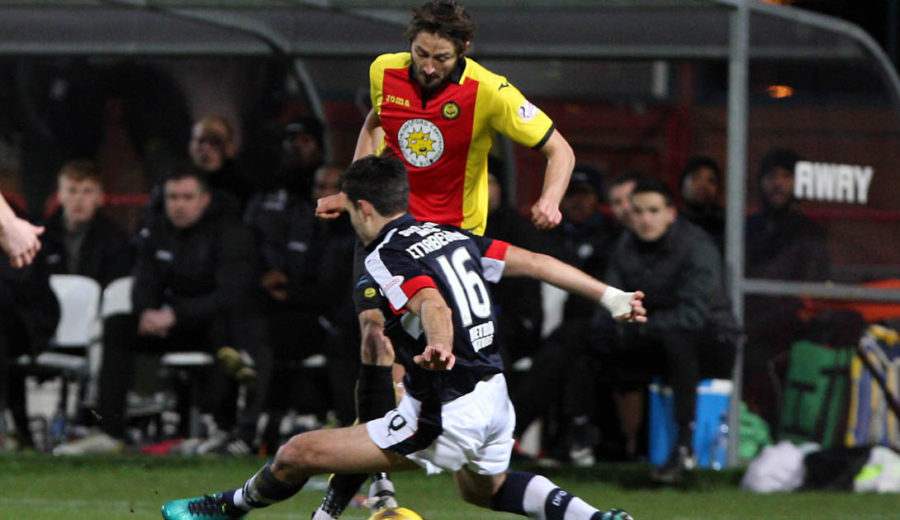 Adam Barton was part of a Thistle side who put in a fantastic display on Wednesday night to beat Dundee 1-0 and secure a place in the top six for a minimum of 10 days. Barton spoke exclusively to ptfc.co.uk on the team bus back from the City of Discovery to explain just how much the win meant.

Barts said: “That was a brilliant win for us, especially with another clean sheet – that gives us four in a row. The squad are full of confidence just now and to go show our quality again against a team who are on really top form just now is absolutely massive for us.

“Getting ourselves into the top six is a huge psychological boost for us. The aim is definitely to get into that top six and we knew a win today would see us move two points into the top six. It’s now not even just a case of aiming for sixth as we think we still have a right good chance at fifth, especially when you look at the table.

“Now is the time for us to really look forward instead of behind us, if we do that then we have a right good chance.”

It was definitely a battling display that probably didn’t see the Jags at their free flowing best but Adam insists it was just as satisfying to win the game at Dens Park 1-0.

“It was a battle today but credit to the defence they were absolutely brilliant today and they have really given us the foundations to go and play.

When Thistle’s number 13 signed he told ptfc.co.uk of his desire to play centre midfield rather than centre back but a string of injuries meant the Englishman was forced further back during his first few months in red and yellow. With the loan signing of Niall Keown and the improvement in form of his teammates though Barton has been able to push further up the park, something that has definitely had a positive impact on his play.

“I played in centre mid today but I didn’t need to sit because of how confident we were in the defence. To have that behind you allows us to push forward and get involved in the play and not worry too much about what is going on behind you.”

Next up for Thistle is a tough away tie against Aberdeen in the William Hill Scottish Cup quarter final. Despite most bookies undoubtedly having the Dons as favourites Barton is adamant that there couldn’t be a better time Thistle to travel to the Granite City.

“We’re full of confidence at the moment and it has been getting better and better over the last four games. You have seen some of the results recently and it just goes to show that anything can happen so we’ll be going into Sunday in the best possible mindset and really looking to book our place in the semi final.”

More reaction is available from Chris Erskine and Ryan Edwards on Jagzone. Log in now to see it.