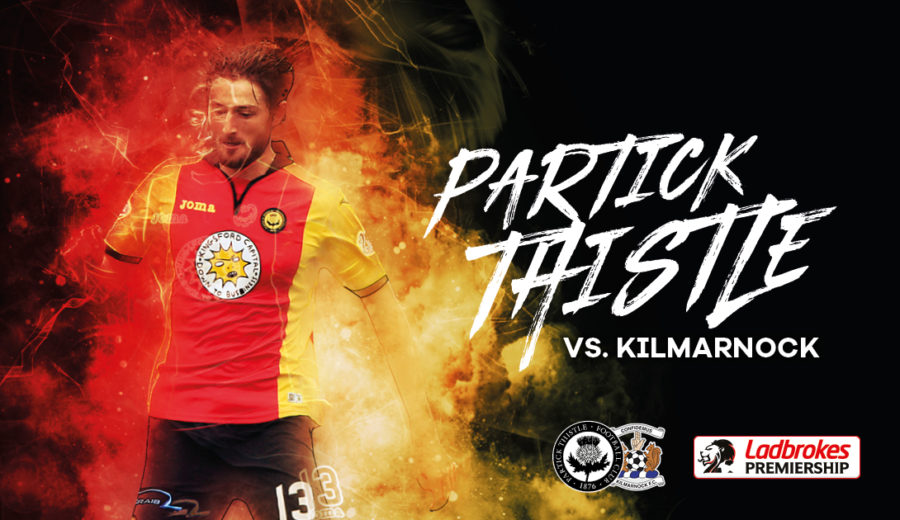 The match against Kilmarnock represents the last fixture of 2016 and the players know a win will see them end the year with three wins in a row and sitting in sixth place in the Ladbrokes Premiership table.

It’s a big motivation for the squad and Adam Barton is looking forward to doing everything he can to make it happen come Saturday.

The big defender spoke to ptfc.co.uk: “We are going into the game on a high after back to back wins and we want to make that three and end the year sitting in sixth place. It drives us on and it would be a huge way to end the year.

“We are obviously feeling confident but we can’t be complacent. We have to go again, previous results and performances don’t matter and we have to make sure we work hard against Kilmarnock and perform well enough to take all three points.”

The Thistle number thirteen knows the last two results have been rewards for a number of impressive performance where the team maybe haven’t got the result they deserved.

“The performances were there and we just needed the results to change and we’ve managed to do that. We weren’t at our best against Dundee but we got the win and that’s massive if a team can do that. We have to continue to win games like that and it will make a big difference at the end of the season.

“It was a massive lift to be off the bottom of the table, it gives the place a lift and we have to make sure we stay up the other end of the table.”

Along with the three points against Dundee came a clean sheet, the first since the match against the same opposition at Dens Park and Barton knows they just build upon that.

“It was pleasing to keep the clean sheet against Dundee, we have to look to keep another against Kilmarnock, they have threats but we have to defend well and if we can do that it’s a big way to another three points.”

The Kilmarnock match, which kicks off at 2pm, is the last before the curtain falls on 2016 and the start of the winter shut down. Adam knows the importance of going into that on a high with no league game for four weeks.

“It’s the last match before the break, it would be great to go into that on the back of three wins, it would let us go away and recharge the batteries and come back raring to go. You would obviously want to continue playing but if we can go into the break in sixth it will be a fantastic end to the year.

“It shows what a few results can do to your league position but we know that works the other way too, we know a few bad results and we are sucked right back in again so we can’t be complacent or get carried away.”

Christie Elliott previewed the Kilmarnock match for Jagzone which is now available to Jagzone subscribers. Jagzone members will also be able to watch highlights of the game from midnight on Saturday night – hopefully an added celebration for Hogmanay!

Can’t make Firhill? Jagzone World members (outside the UK and Ireland) can watch the game live and Jagzone members can listen to live audio commentary of the match.

Saturday’s match will also be available on a pay per view basis, details of which can be found here.