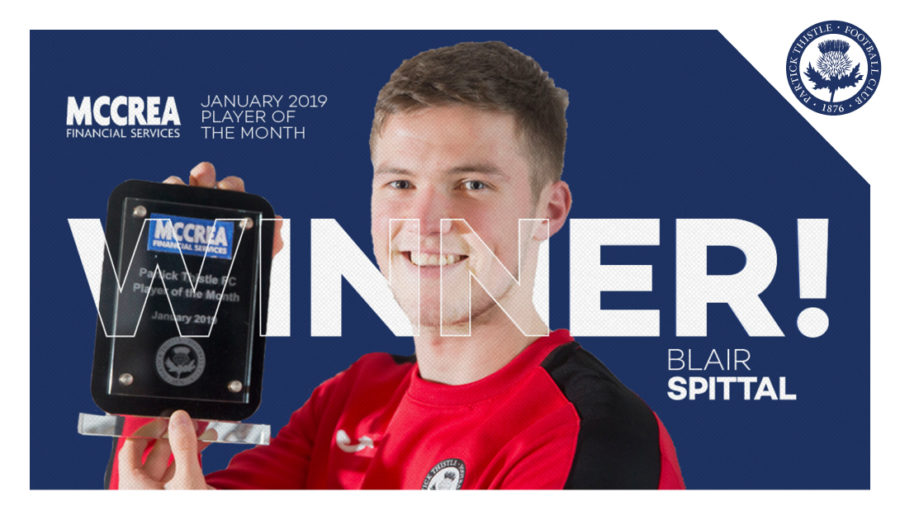 Blair Spittal made it two in a row as he was voted McCrea Financial Services Player of the Month for January.

Blair’s form has been transformed since Gary Caldwell took charge of the club, with the midfielder taking his goal tally to seven for the season by notching twice this month. Continuing to play a more central midfield role, Spittal looks dangerous almost every time he gets the ball. Forming a formidable midfield partnership with Stuart Bannigan and Craig Slater, January’s upturn in form is in no small part down to Blair’s energy and determination. 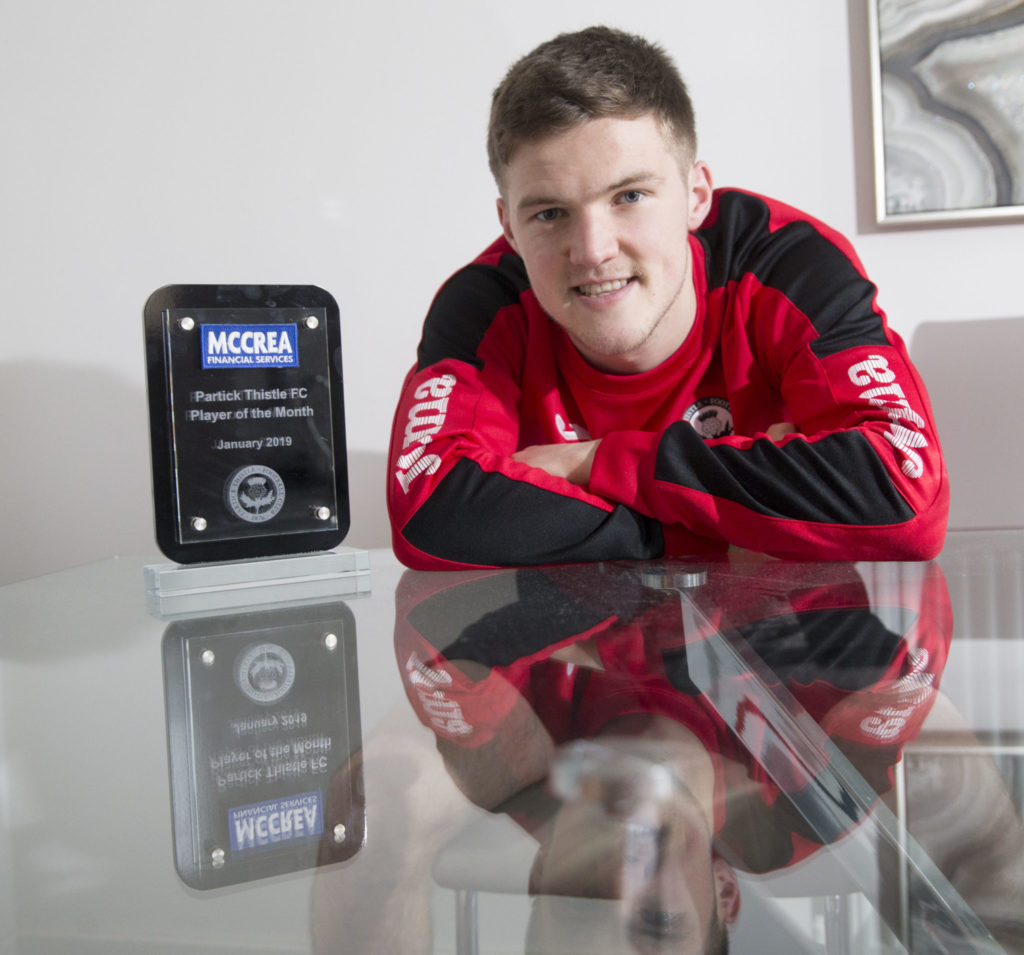 “January has been a really good month for us and it is great to be able to reflect back on a run of games where we have made real visible progress. The players we have brought into the Club in January have strengthened us in key areas and I think you can see we now have a core squad who are all determined to build on a good start to 2019.

“The last month just gives us a platform though, nobody is getting carried away. We know there is plenty of work left to do but it feels like we are definitely in a better position to do that. There is a great feeling about the dressing room just now and the confidence is definitely starting to come back – that makes a massive difference. There are hard games every week in this league but if we keep working hard and believe in what we’re doing I think you’ll see us continue to move up the table in the coming weeks.

“Finally, I would just like to thank everyone who voted for me. I know it was a close run thing between me and a couple of the other boys but that is what you want to see because it means there are more than just one or two players performing well. In truth I think this month there could have been a shortlist of at least 11! It means a lot to me to receive this award but the most important thing for us all is that we keep building on these performances in the weeks ahead.”