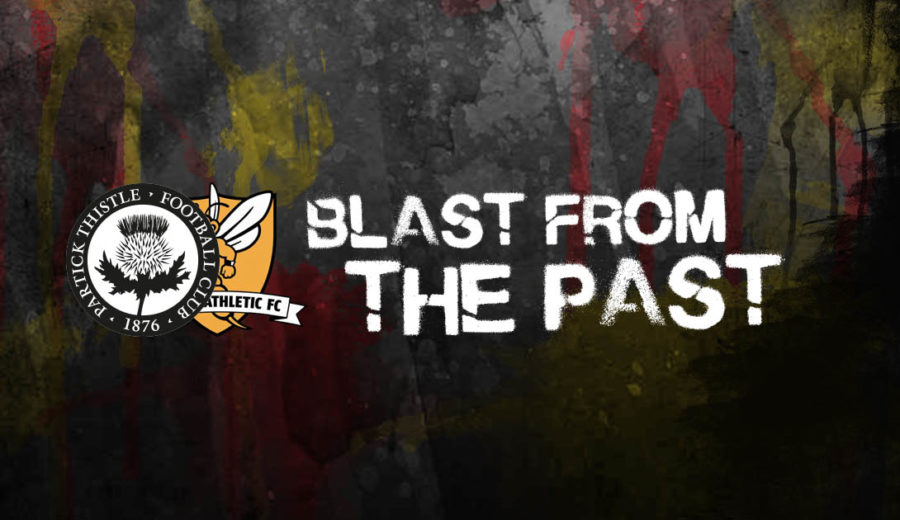 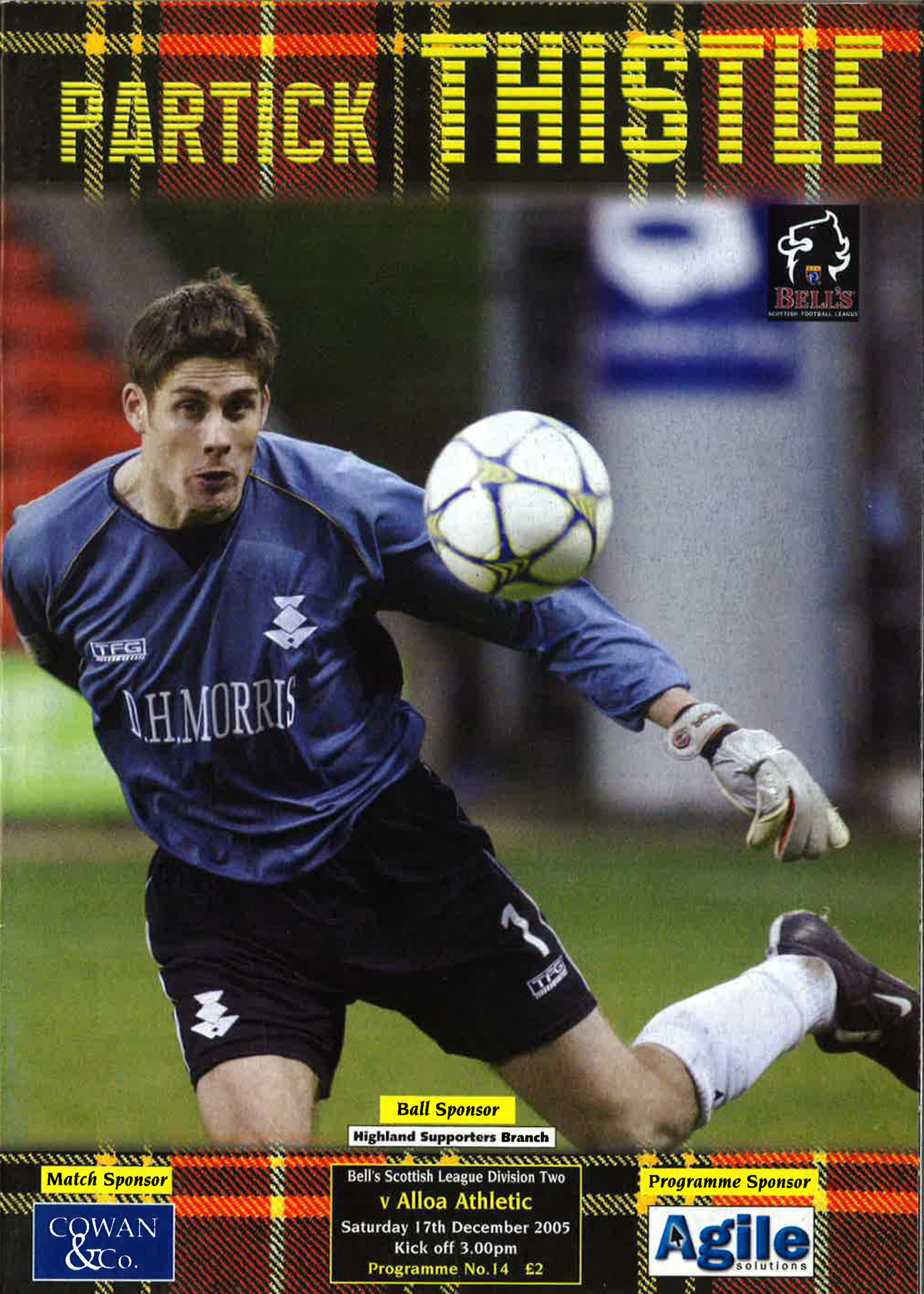 At this time Thistle were enduring one of their spells in the Second Division. In saying that, this was a ding-dong, end to end thriller which could have gone either way. Fortunately, the Jags came out on top, but it was a close-run thing. This was our team on the day:- Colin Stewart, Grant Murray, Scott McCulloch, Darren Brady, Marc Smyth, Billy Gibson, Graha, Dorrans, Ricky Gillies, Jukka Santala, Stephen McConalogue, Sean Kilgannon.

Thistle were obviously keen to wave good-bye to the Second Division, but it was overdoing it a bit to pick up no fewer than six yellow cards. Such indiscipline could have caught up with them at a later stage.

Alloa took a two-goal lead on 30 and 40 minutes and things looked bleak. It was crucial that Thistle reduced the deficit before the interval and the man to do just that was regular scorer Stephen McConalogue. Billy Gibson levelled matters after 61 minutes, but the gritty Alloa side were not to be undone and forged ahead again with 21 minutes left on the clock.

It was now going to require a superhuman effort to secure a vital three points but thankfully we were up for the challenge. Scott McCulloch scored Thistle’s third in the 81st minute, but the time was running out. We had to go for the winner while keeping the door shut at the back. Had we someone in our ranks who could do the trick? Yes, we had, and that man was the talented Graham Dorrans, on loan at Firhill.

This was the season when the whole issue went to a nerve-shattering second-leg  play-off up at Peterhead. Unbelievably, we trailed by a goal from the Firhill match and moving into the 90th minute it was 1-1 when Billy Gibson matched the winner on the day, leading to extra time and then the dreaded penalty shootout. The rest is history, as they say.

Those points gained against Alloa had played their part in taking us to where we were, back to the First Division and from there upwards and onwards. They certainly put us through the wringer, don’t they?