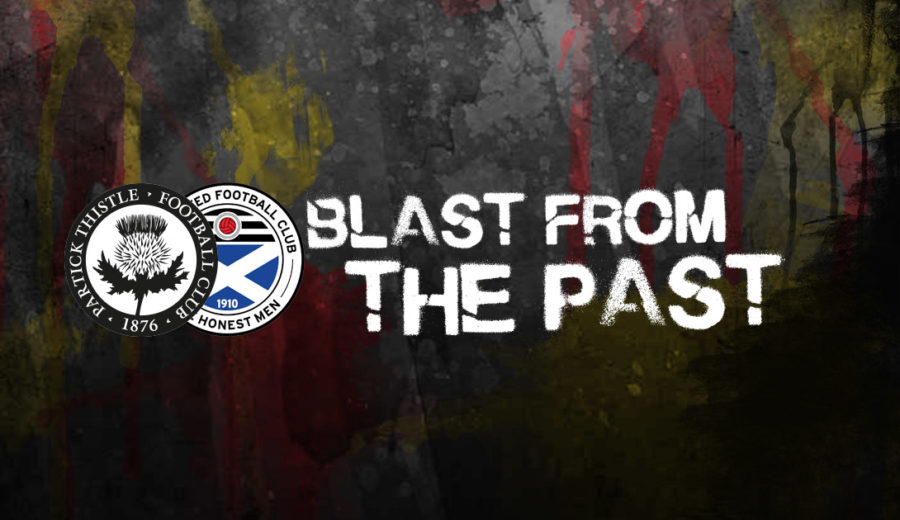 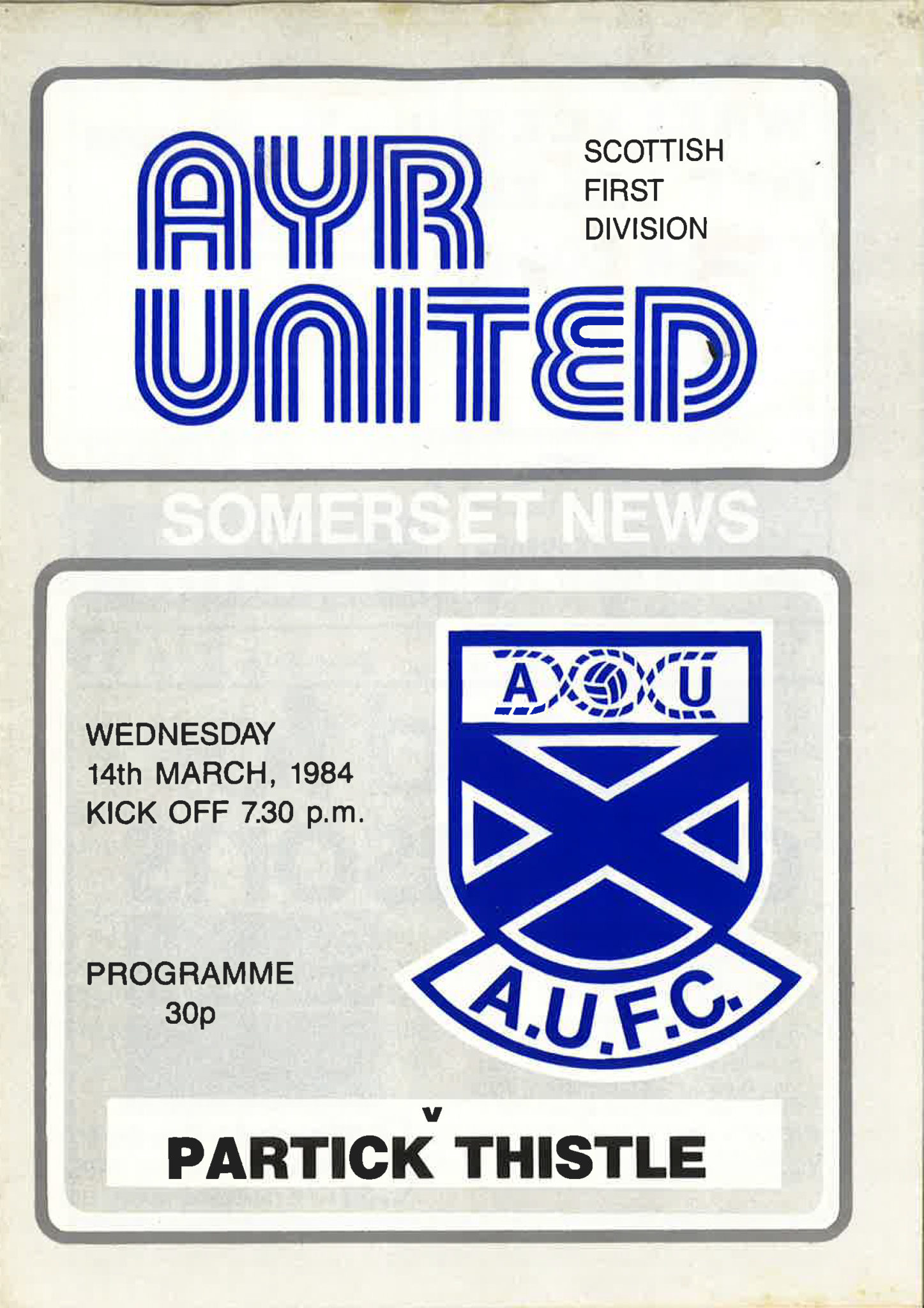 This game was originally scheduled for the 3rd of March 1984, but Thistle had successfully appealed for a postponement because of illness amongst a number of the playing staff. The scoreline tells us that by the time the match was played, the Thistle playing personnel were in the best of health.

Willie Herd set the pattern by opening the scoring as early as the 7th minute and Kenny McDowall added a second four minutes later. Time now for the lethal left foot of Kenny Watson, who scored after 15 and 36 minutes to send Thistle in at half-time with a commanding 4-0 lead. The pies and sausage rolls were delicious and a cup of tea has never tasted better.

In the second half, we were shooting towards the sea end. Could we keep up this blistering scoring rate or would we see the game out carefully? Well, there was a temporary blip after 76 minutes when Alan McInally opened the home account but Thistle re-asserted their superiority when Ian McDonald added a fifth seven minutes from time. 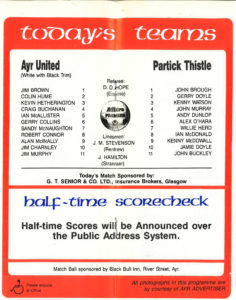 When this match was played, Thistle sat third in the First Division, marginally behind Dumbarton and Morton. Sadly, we ran out of steam somewhat and that’s exactly where we finished – third. To provide a little bit of background, after six seasons in the Premier Division, we were relegated in 1982. Our first attempt to get back failed when we finished fourth behind St. Johnstone, Hearts and Clydebank. In the following season, as already described, the Jags ended up third and so remained in the second tier. Could we make a really sound attempt at promotion in season 1984-85? The answer was resounding no, finishing 11th and not a million miles away from relegation. What became known as the ‘Wilderness Years’ had begun and they continued for seven long years until we finally won promotion in 1992.

Returning to the featured game, there were a few familiar faces in the Ayr United line-up, notably Gerry Collins, Robert Connor and Alan McInally, and guess who came off the substitutes bench after 55 minutes – none other than Chic Charnley! There remained 35 minutes for him to weave his magic, but the Thistle boys contained him admirably.