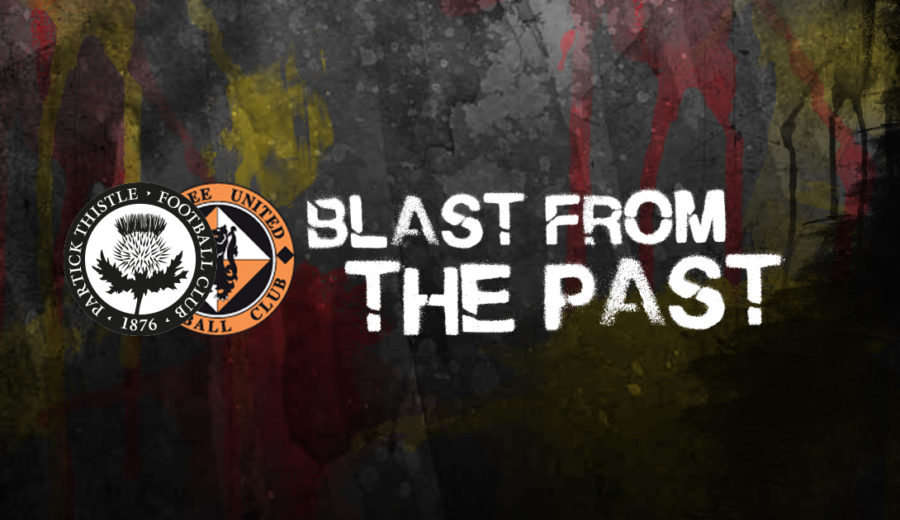 Blast from the Past – Dundee United 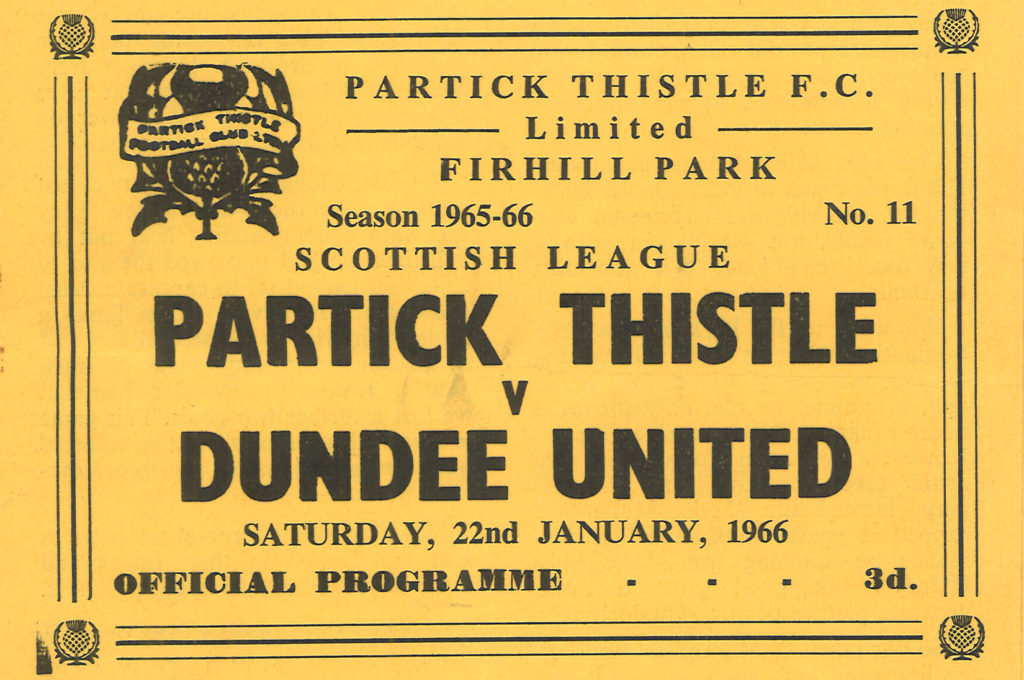 The 7000 or so fans making their way to Firhill to attend the match were blissfully unaware of the fact that they were about to witness one of the greatest goals ever seen at the stadium. Dan McLindon pulled a very special rabbit out of the hat when he scored a truly special goal. Of all the goals that I have ever seen over many years I would say, without a shadow of a doubt, that this one is in the top 10 or maybe even the top six.

Taking possession of the ball well out in centre field, the intrepid Dan began his journey. With elegant ease he slipped past the first opponent. Declining the possibility of finding a team mate with a telling pass, he took on the second Dundee United player and glided his way past him too. After opponents three and four had suffered the same fate, beaten all ends up, Dan found himself faced only by the visiting custodial Donald MacKay. Remaining as cool as the proverbial cucumber, Dan drove the ball into the net.

I can see it yet as clear as a clearly as if it were yesterday and it’s now all of 52 years ago.

To give an idea of the magnitude of Dan’s effort, it is worth paying a word or two in sympathetic terms about Andy Roxburgh, who scored a hat-trick in this match and yet, all the talk was of Dan McLindon. 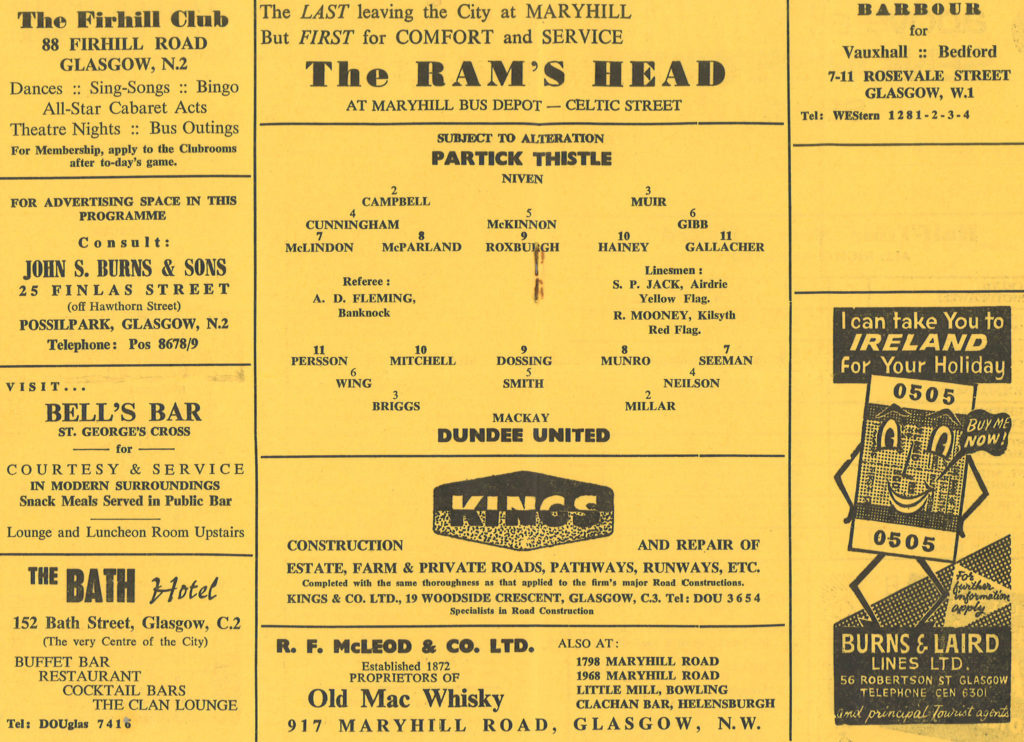 By strange coincidence, the referee in the featured match was a Mr A.D Fleming, then of Banknock whom I did not know at the time. Subsequently, I met him in another walk of life altogether and we became firm friends. After penning this piece, I telephoned him and he corroborated everything I said about “that” goal. It’s a small world at times, isn’t it?