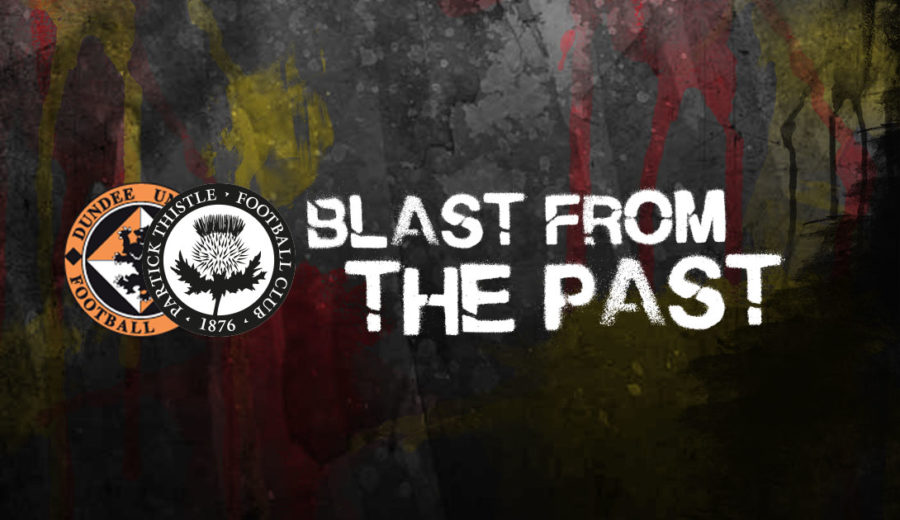 Blast from the past – Dundee United 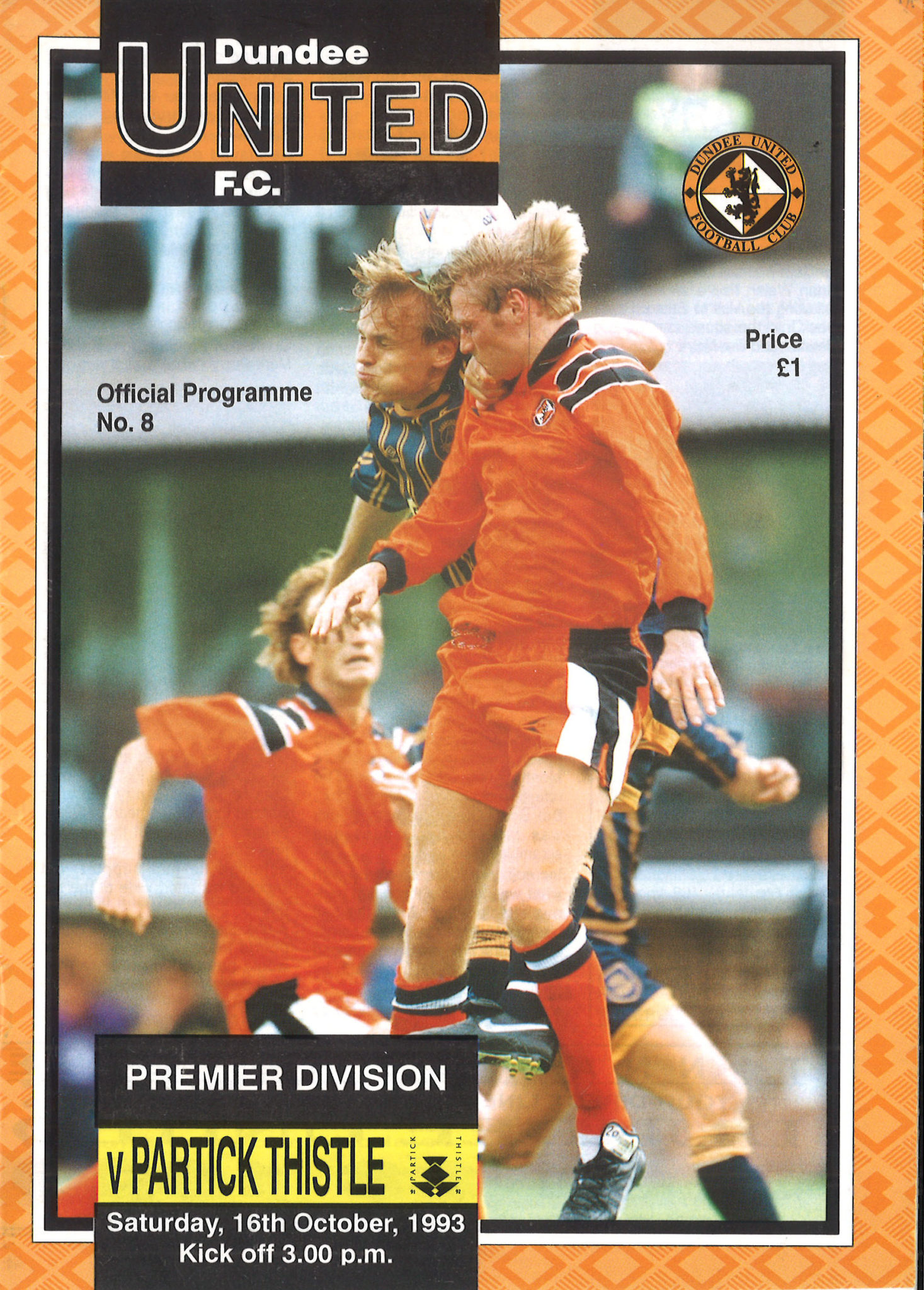 Tannadice! The very mention of that word gives me the creeps, as is probably the case with thousands of Thistle fans of a certain age. However, we are talking here of 1993, quite a bit in advance of the tragedy which would unfold in 1996. As we made our way to the featured match we had no reason to feel in any way uneasy. We had no idea of what lay ahead and we were able to settle down and enjoy a very decent game. Our record around this time wasn’t very good, so to secure a 2-2 draw represented a pretty satisfactory performance, especially given the fact that the home side equalised in the final minute. 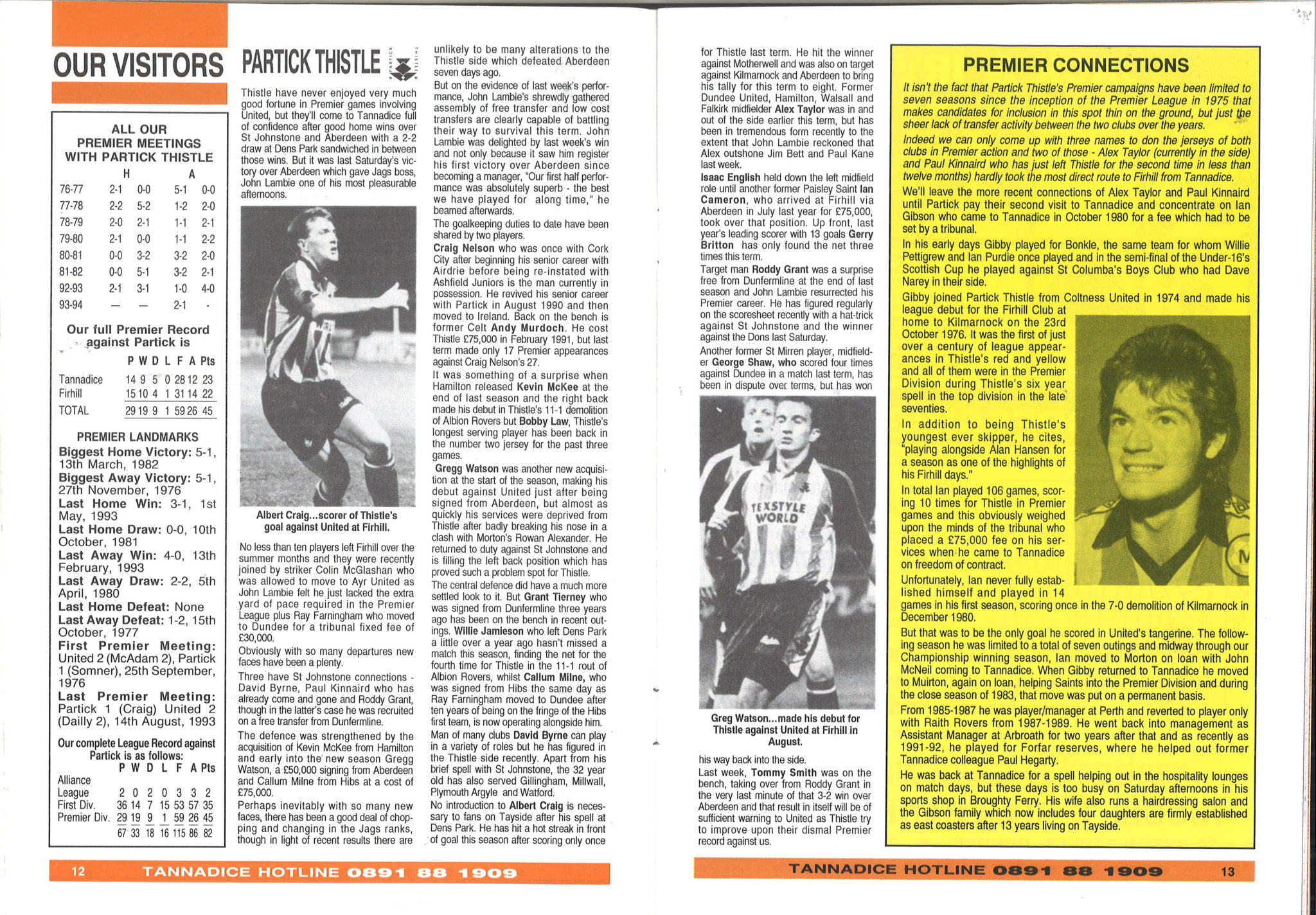 Captain Willie Jamieson won the toss and chose to shoot against the slope and in the case of this particular match, the wind as well. This is a tactic favoured by most visiting captains to Tannadice, Dens Park, Stark’s Park and formerly Easter Road as well. It seemed to have back-fired a bit when Craig Brewster opened the scoring after 41 minutes but Thistle popped up with an equaliser two minutes later from a player not known for his goalscoring exploits Callum Milne. I can see him yet, up at the top end away from where we sat wearing that black strip with the thin red and yellow stripes. Roddy Grant, who also got himself booked, scored after 71 minutes and it seemed likely that we were heading for our first away win of the season until Scott Crabbe scored the equaliser in the very last minute – so near and yet so far for Thistle. 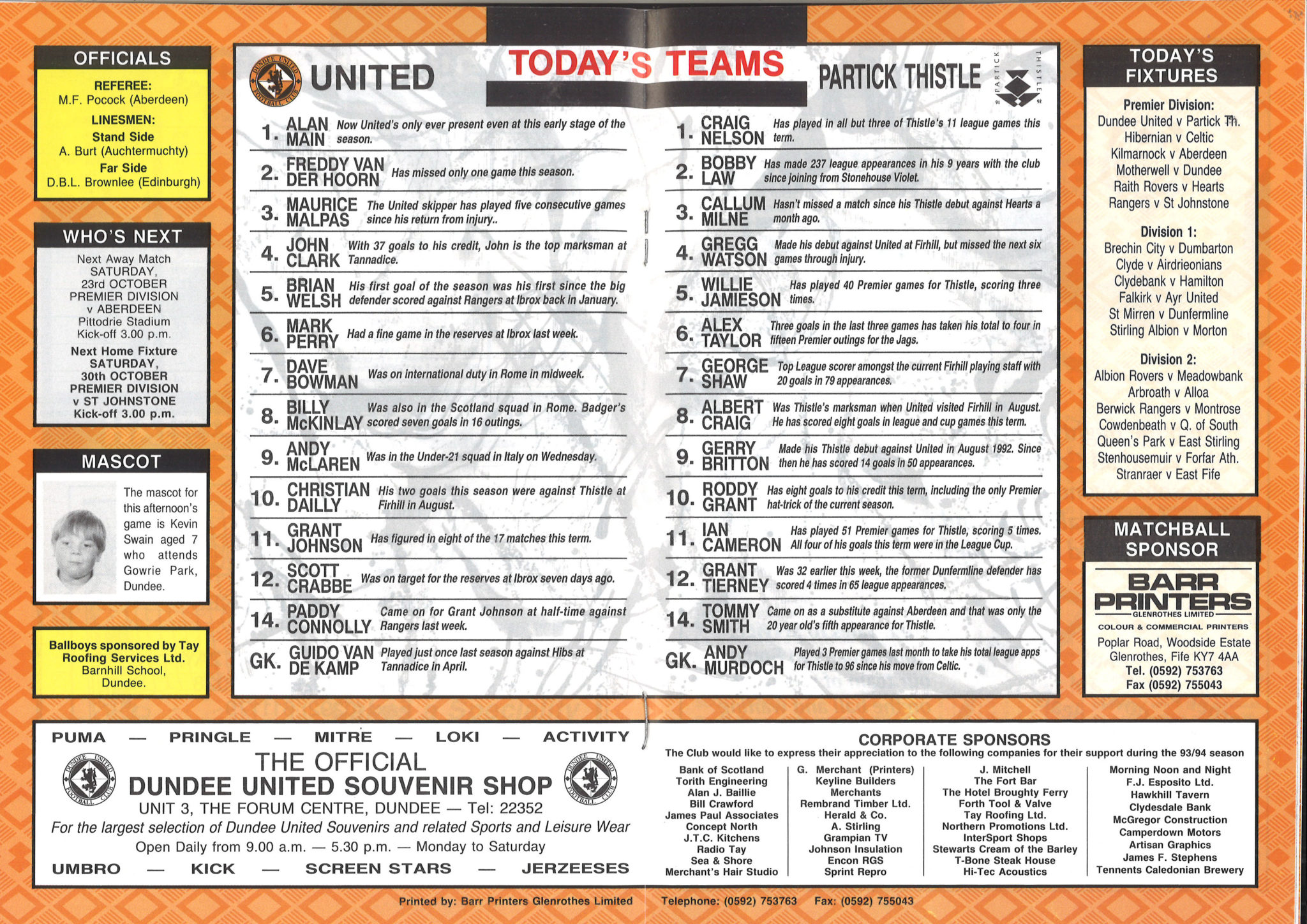