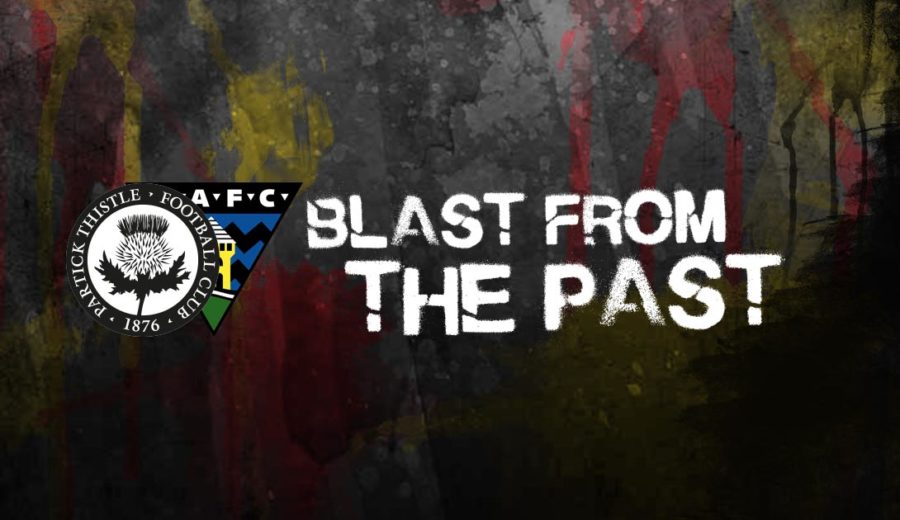 Blast from the past – Dunfermline Athletic 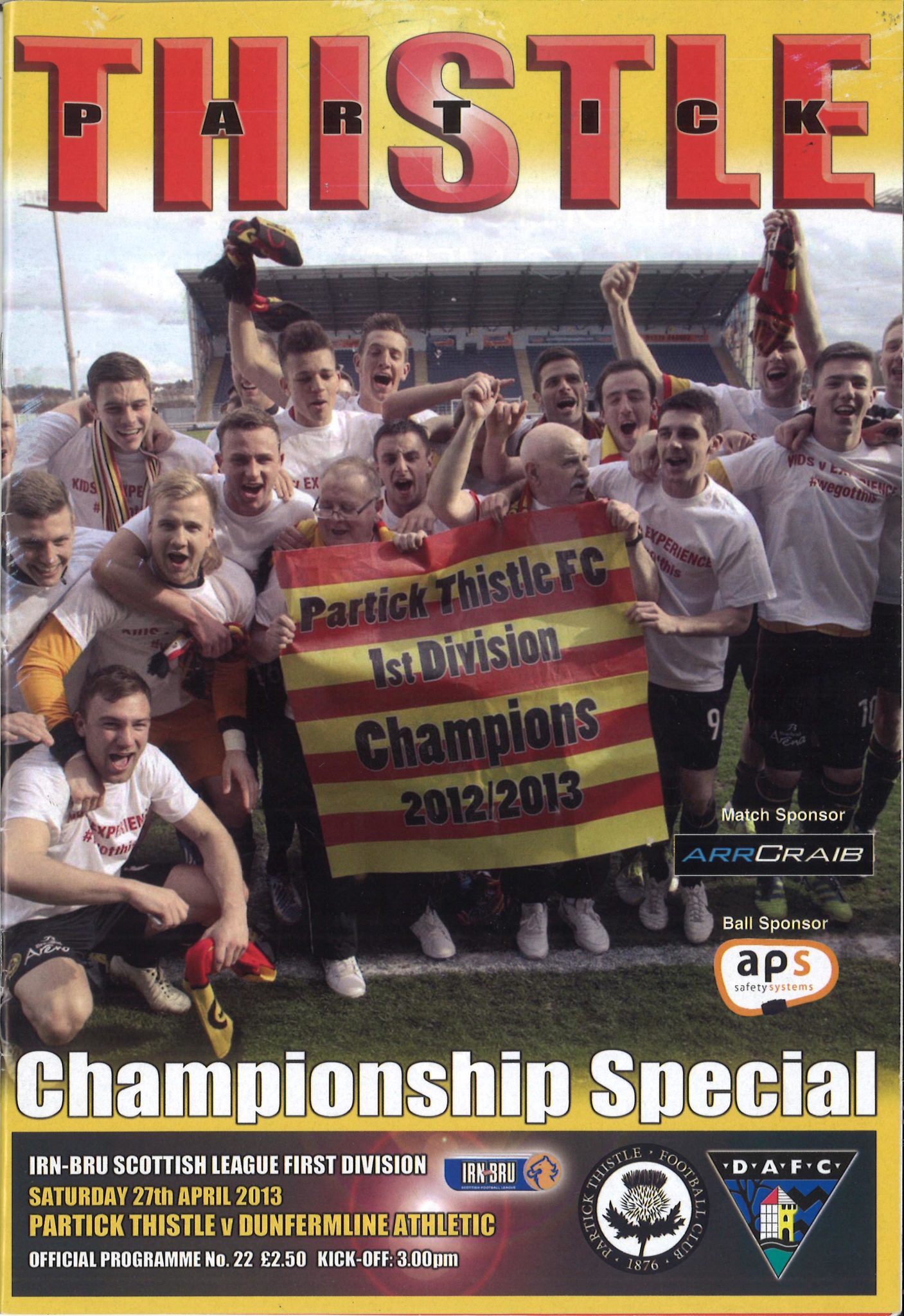 On the 20th of April, one week prior to this match, Thistle had won the Championship in grand style at Falkirk. Perhaps the euphoria hadn’t completely died down and our heads were still up in the air. In any case, the visitors were by no means overawed and the hitherto jubilant Jags found themselves 3-1 down with only 6 minutes to play. It was time for the fighting spirit, which we had admired all season, to manifest itself once more. The Thistle fans didn’t, after all, deserve to go home for the final time, with their heads down. In the 84th minutes up popped the mercurial Chris Erskine to reduce the deficit. Could there still be time to snatch an equaliser? Well, they say it’s never over til the fat lady sings, so right at the death the hero of the hour was Stevie Lawless – bang 3-3, what a pulsating end to a match which really caught fire in the second-half. 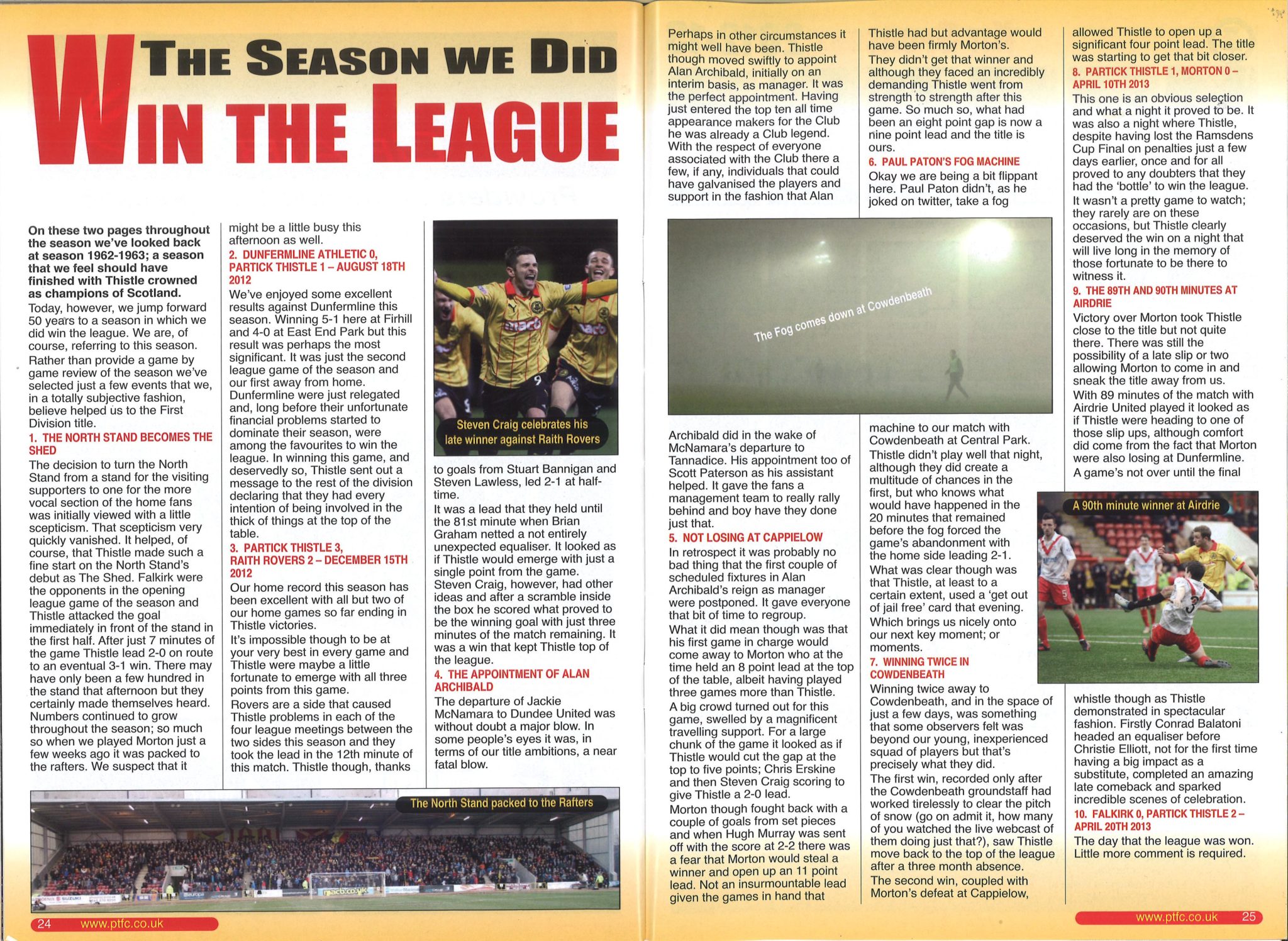 There weren’t many indications in the first half of the fireworks which would follow. Jordan McMillan had given Thistle the lead after 27 minutes and so it stood at the interval. Unbelievably, the visitors scored in 65, 72 and 80 minutes to take what should have been an unassailable lead, but the Jags had other ideas and Alan Archibald sought a desperate solution to solve a desperate problem. On came Steven Craig, Stephen O’Donnell and Kris Doolan to replace Ross Forbes, Christie Elliott and Mark McGuigan. The team was revitalised, although as indicated earlier, two of the survivors scored – Chris Erskine and Steven Lawless. The visitors must have been shell-shocked, but it has happened to us in the same way. 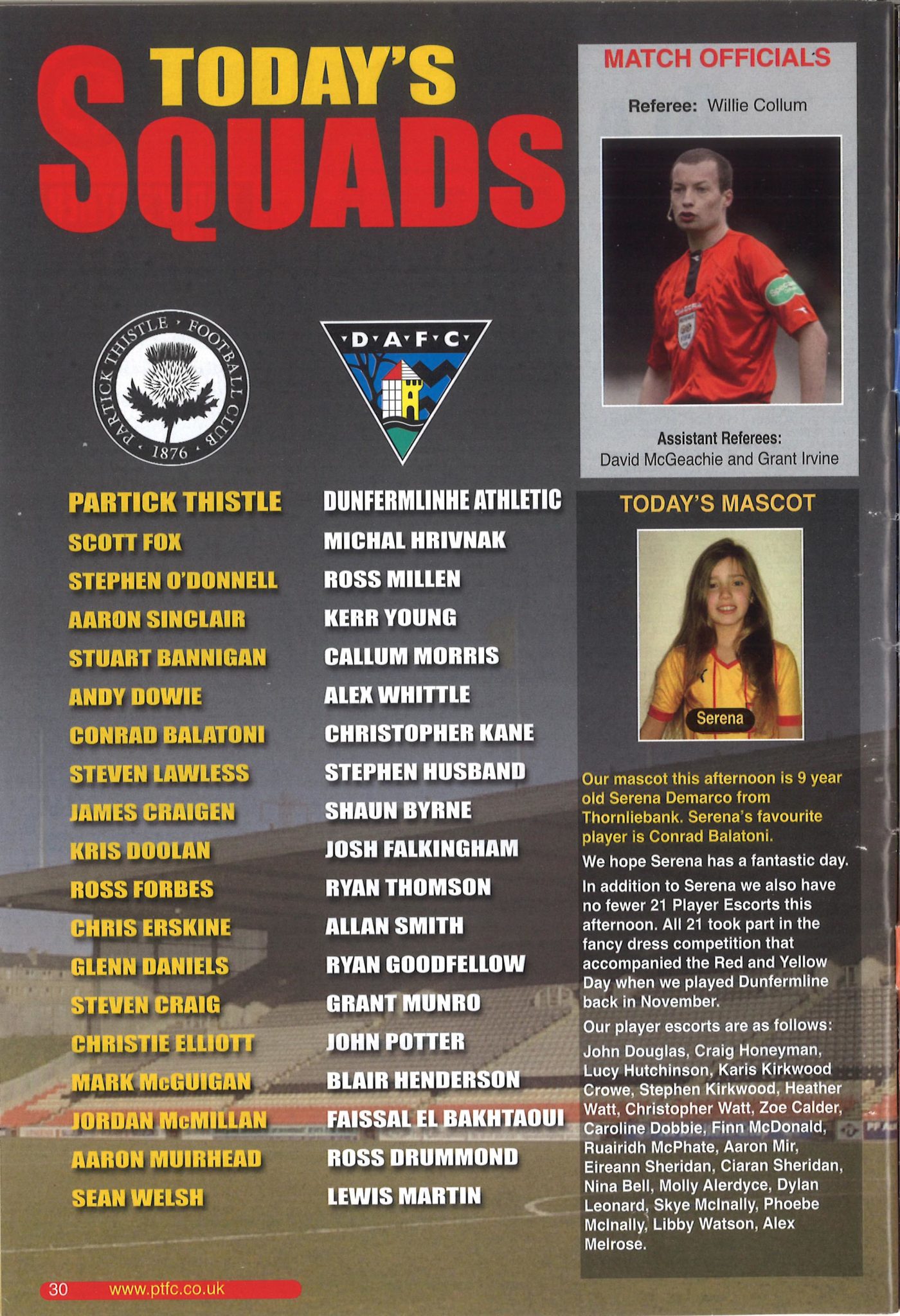 Of course, it was over 5 years ago, and only Stuart Bannigan, Christie Elliott and Chris Erskine remain at Firhill.

We scaled the dizzy heights of the Premiership and now we are back down to where we were in April 2013. Can we climb back up again? Time will tell.

Sharing with us all the joy that becoming First Division champions brings were two popular members of the backroom staff Ricky and Chico – never a dull moment when they were around. They are seen on the programme cover at the top corners of the celebrating banner. Sadly, both have passed away and are very much missed, especially around the dressing-rooms.