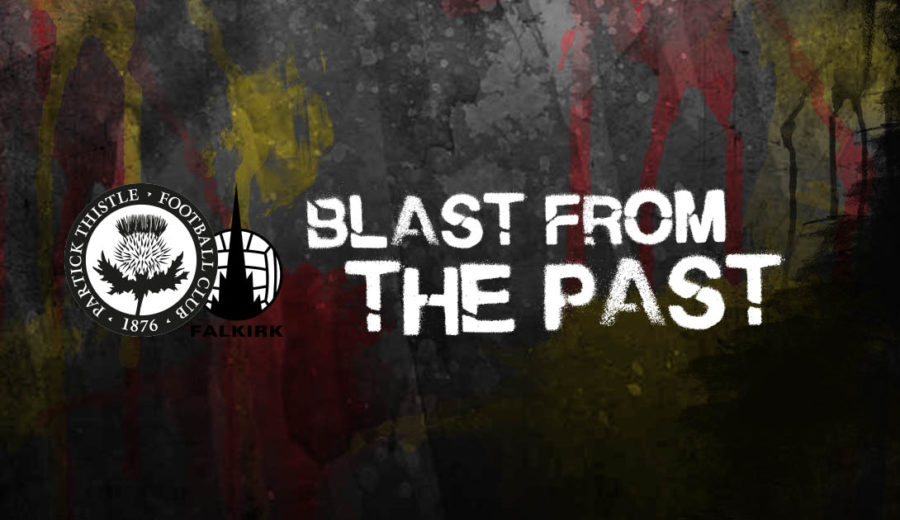 Blast from the Past – Falkirk 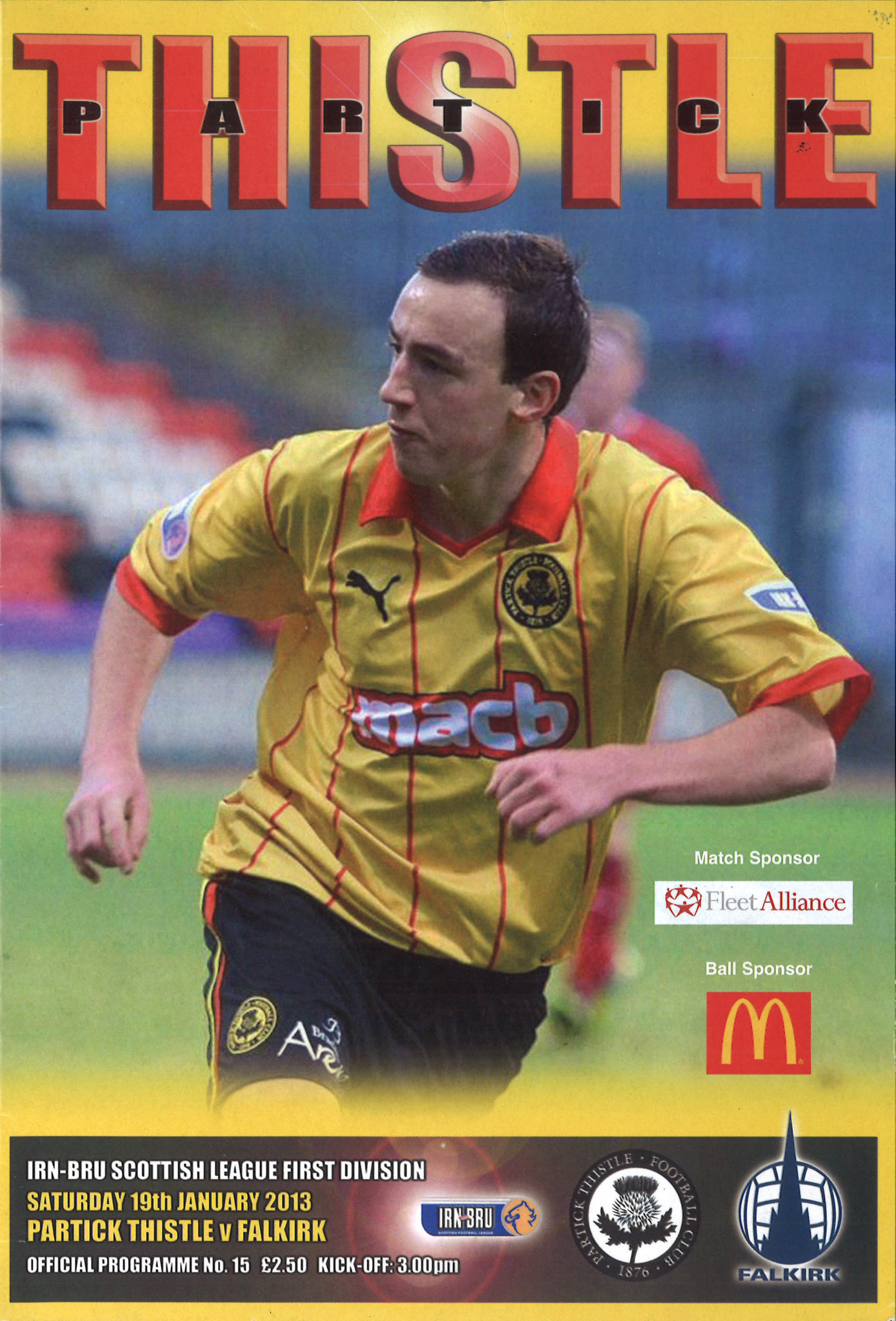 The last time Falkirk visited Firhill on league business was away back more than five years ago. This is proof, if ever it were needed, of the difficulty clubs face in their efforts to escape the Championship and return to the Premiership. Thistle achieved their goal, clinching the title, strangely enough, at the Falkirk Stadium on 20th April 2013, before proceeding to spend the next five years in the top tier of the Scottish game. Today’s featured match saw us take a big step towards promotion, helped in no small measure by the sterling performances in the engine room of the team – yes, Stuart Bannigan. What a miss he has been in recent times. 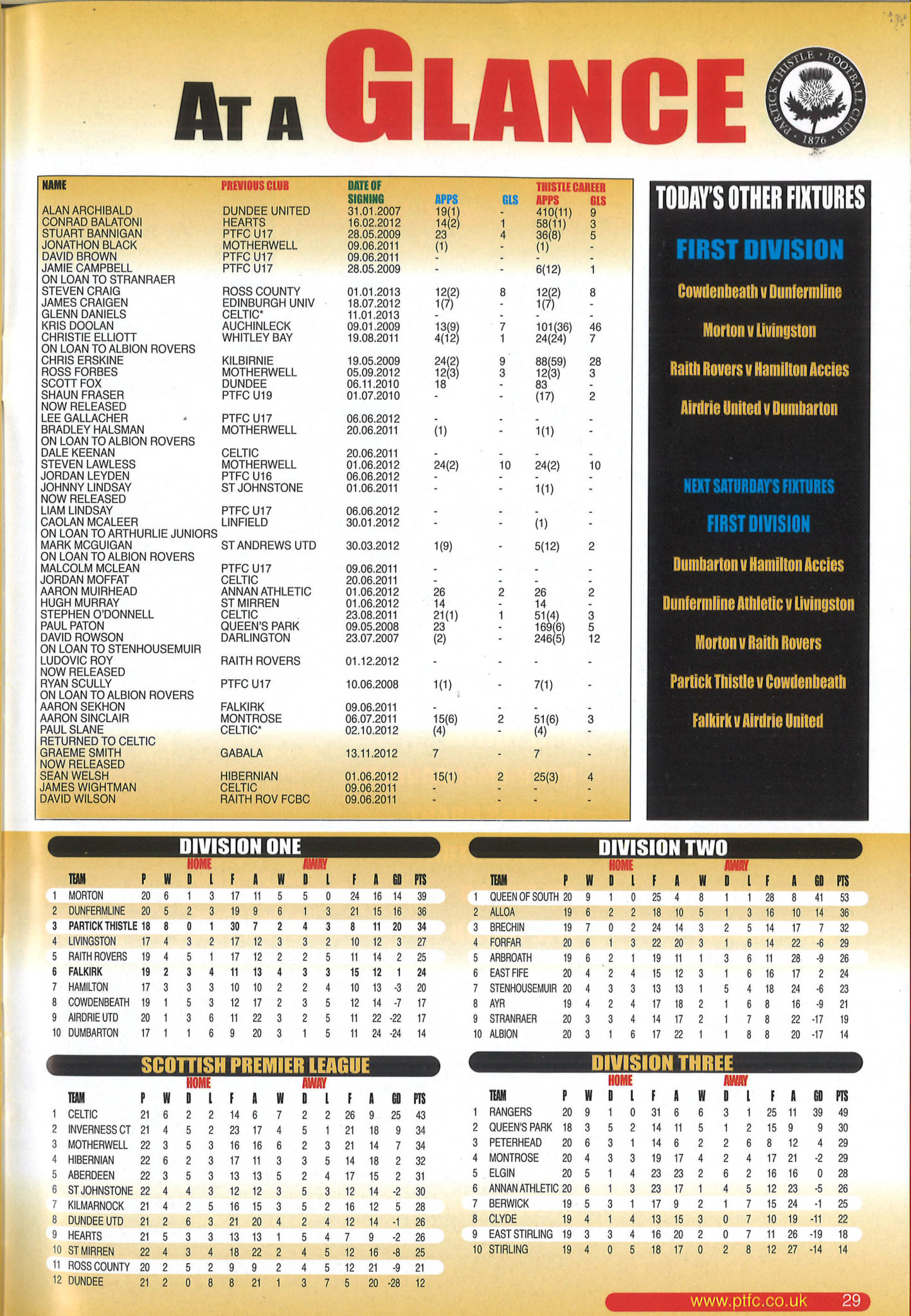 Thistle started the game brightly and Conrad Balatoni gave us an early lead with just five minutes played. However, Falkirk equalised just ten minutes later through Lyle Taylor, a man who was pretty good at finding the net for Thistle too. At the time of this match he led the First Division goalscoring charts with 14 strikes. Undeterred by this setback, Thistle struck again after 22 minutes through Chris Erskine, and that’s how things stood at half-time. The second period was pretty much a repeat of the first, with Conrad and Chris again on the mark to fire Thistle to an unassailable 4-1 lead, and that was how it remained until the end, with three valuable points staying at Firhill. 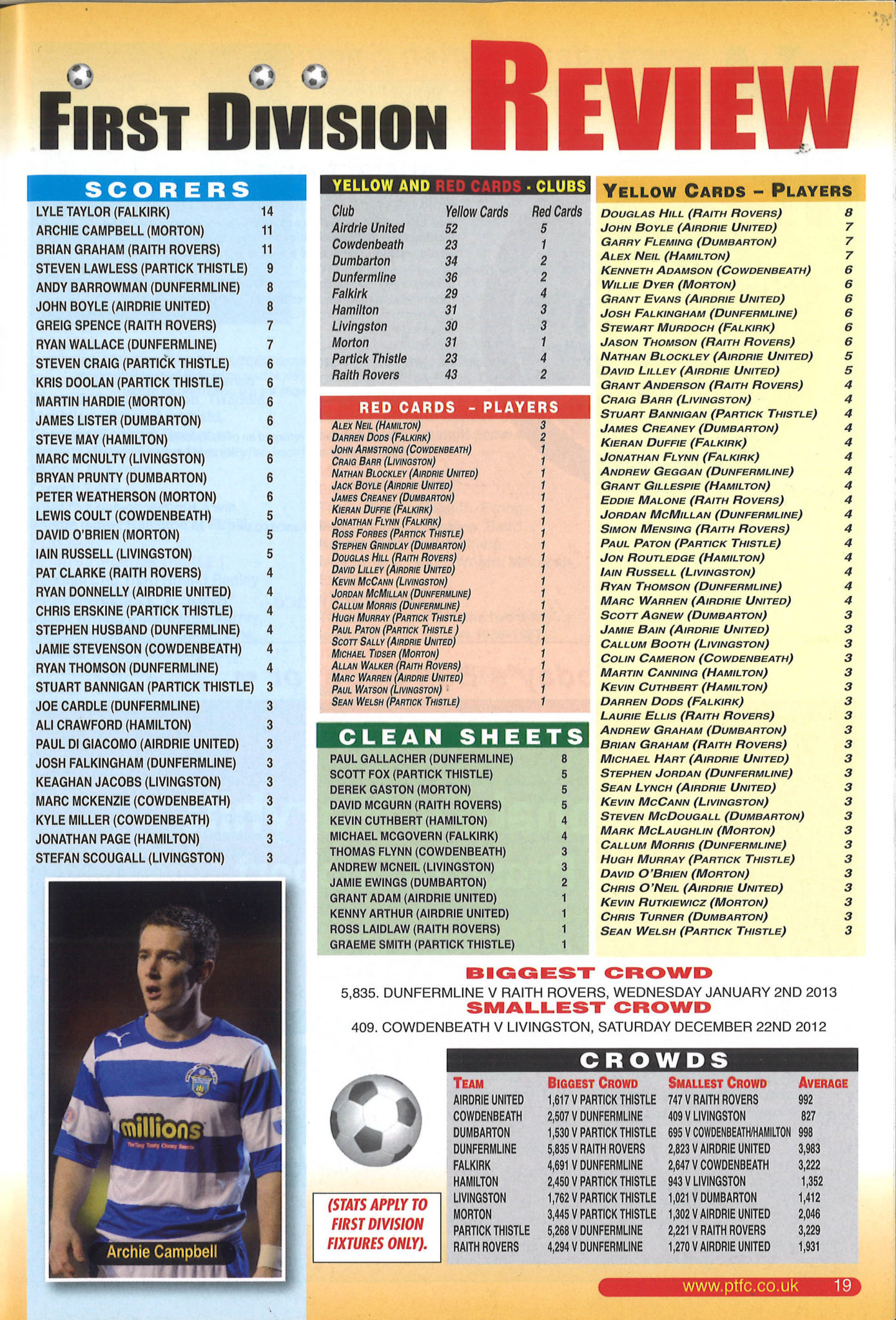 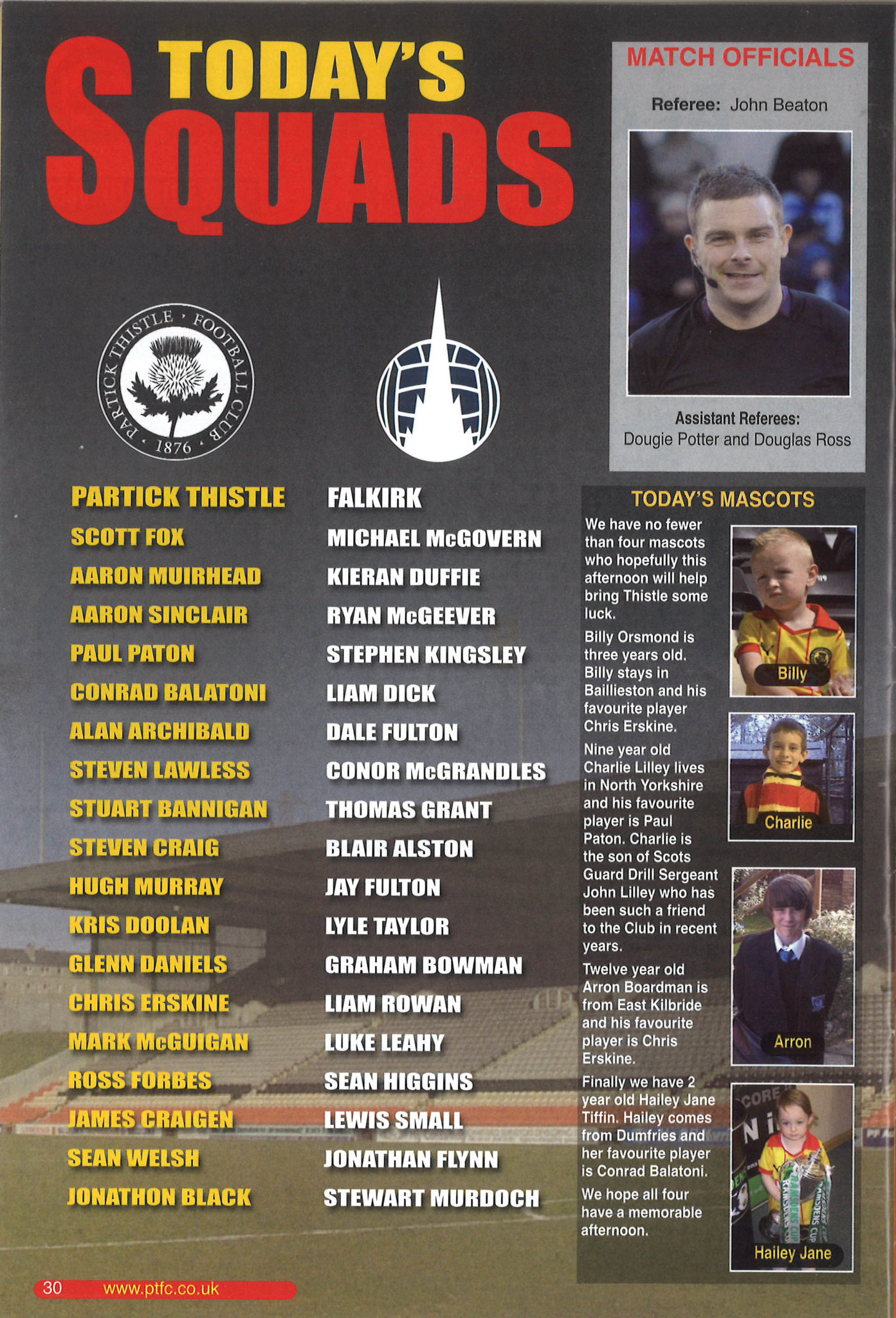