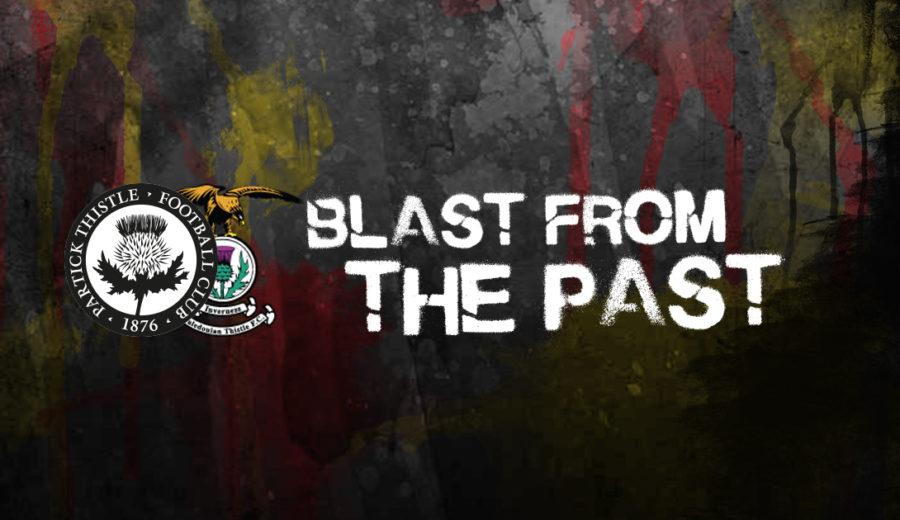 Blast from the Past – Inverness Caledonian Thistle 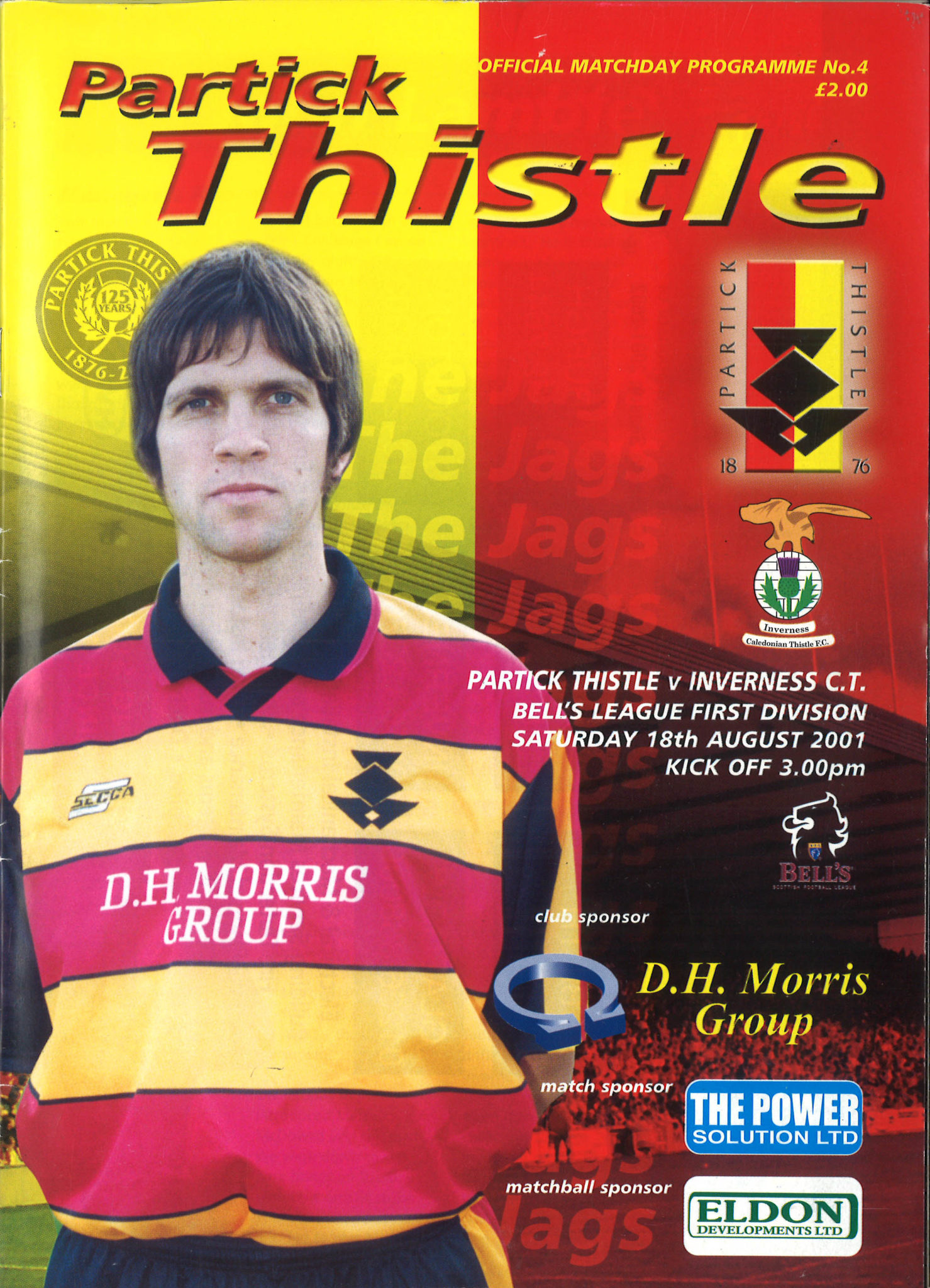 The battle of the Thistle’s, I guess. The Partick version came out on top on this occasion, but only by the narrowest of margins. Since their elevation to the Scottish Football League, Inverness have made 17 visits to Firhill, the first of which took place on 4th August 1998. Two of the fixtures ended all square after extra-time and so led to the dreaded penalty shoot-out. Thistle(our version) won in the Scottish Cup 4th Round replay in 2006, but lost in the Alba Challenge Cup(quarter-final) in 2009, so honours even. 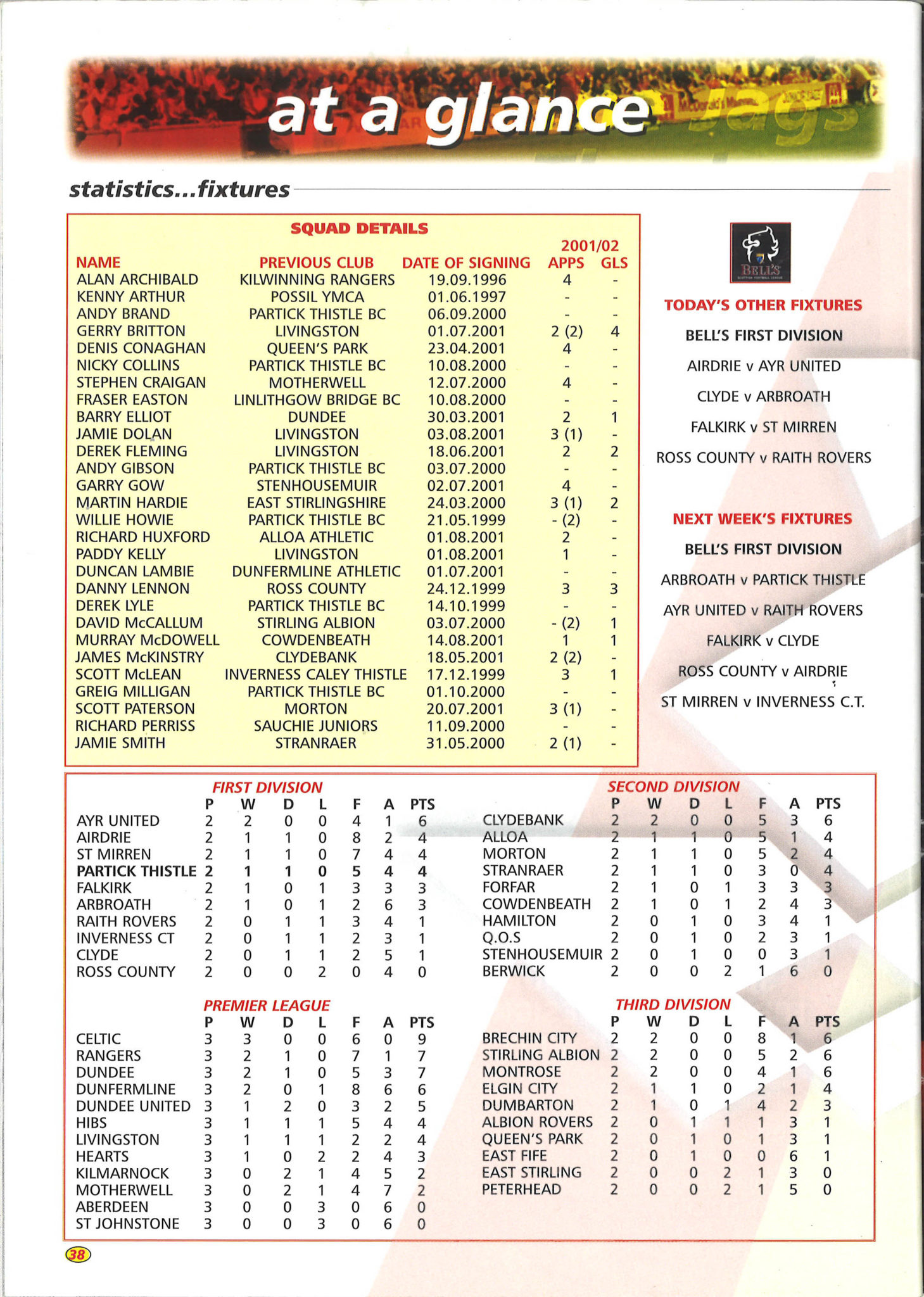 The featured match was keenly contested and could have gone either way, but the hero of the hour was Derek Fleming in 35 minutes. Derek possessed a really wicked left foot and made the best possible use of it. After all this time, I still have a clear picture of him scoring the clinching second goal at Love Street to seal our promotion to the Premier League. Poor chap – he finished up in the back of the net with a broken leg. 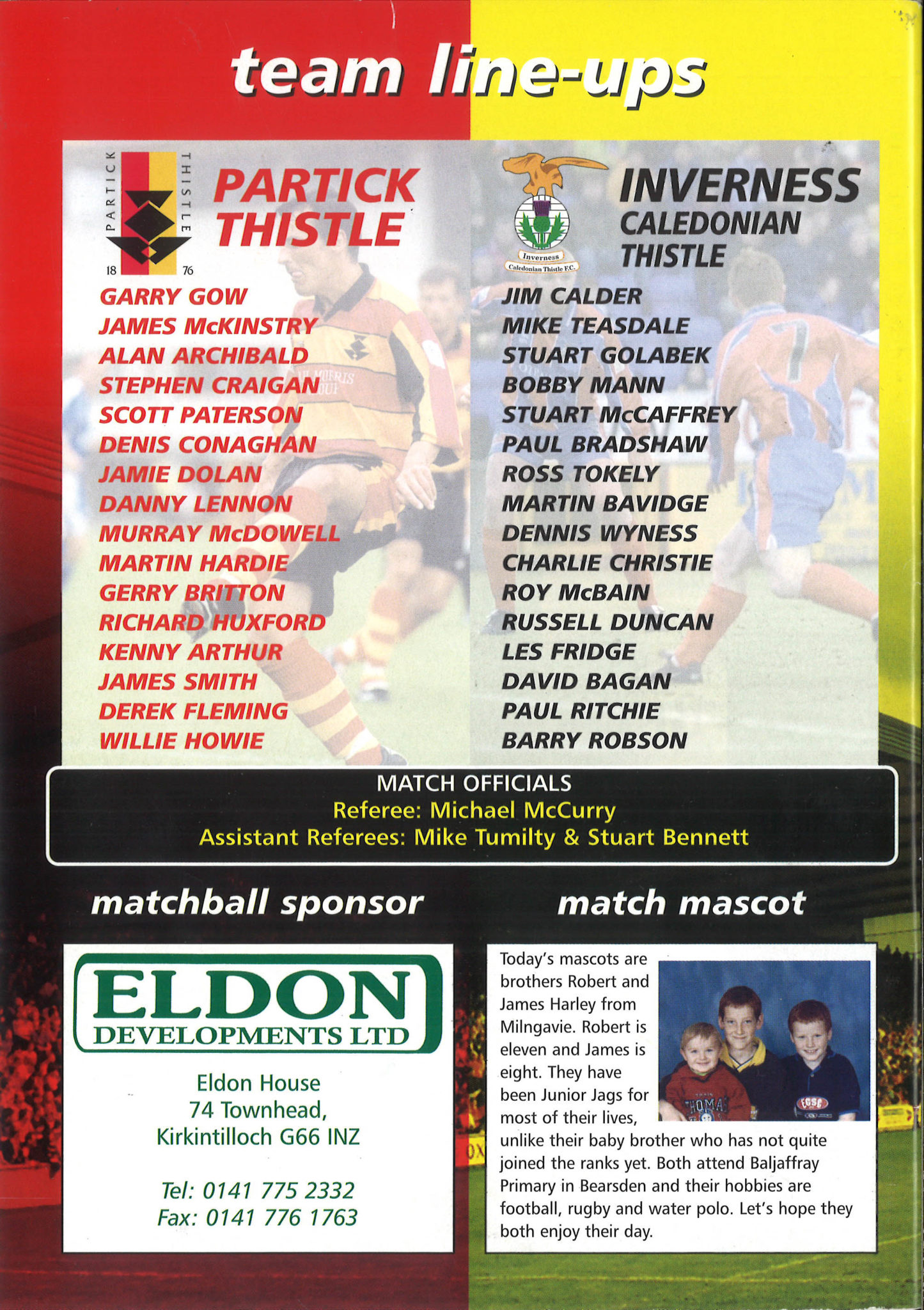 Reverting to the featured match, this was the full Thistle team: – Garry Gow(signed as a result of playing an absolute blinder against us the previous season for Stenhousemuir at Ochilview. We played them off the park and lost 4-0!), James McKinstry, Alan Archibald, Stephen Craigan, Scott Paterson, Denis Conaghan, Trialist, Jamie Dolan, Gerry Britton, Martin Hardie, Derek Fleming. Incidentally the trialist was replaced after 59 minutes by Scott McLean, himself a former Inverness Caledonian Thistle player. 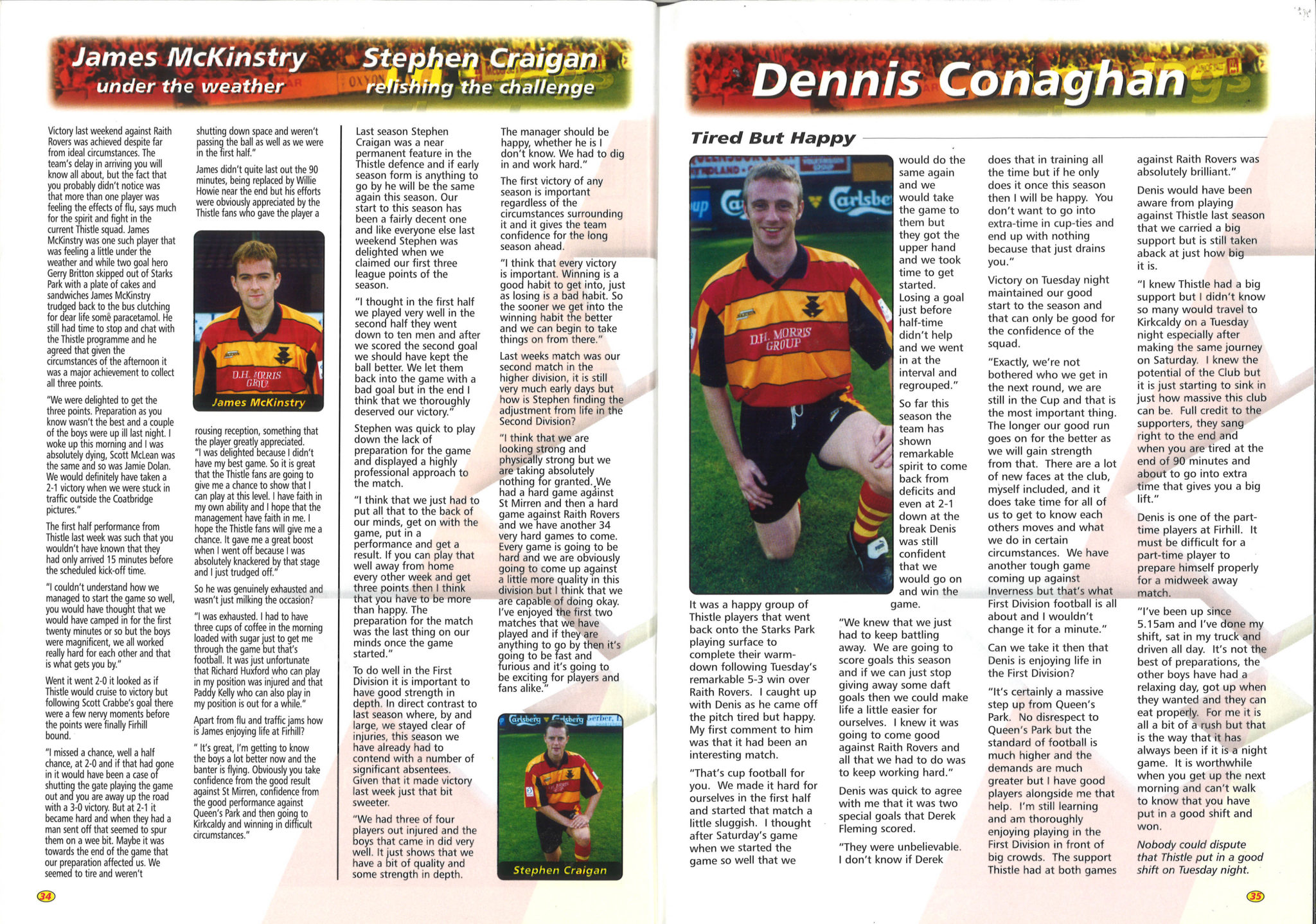 Thistle finally won the league in convincing style, 10 points clear of Airdrieonians, and set themselves up for another stab at the top flight. We lasted 2 years amongst the elite of the Scottish game before falling through the trap door.