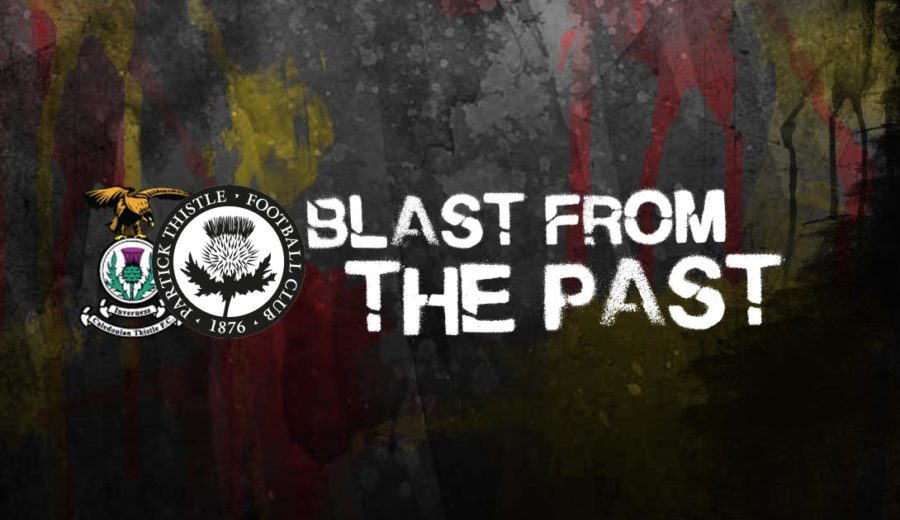 Blast From The Past – Inverness CT 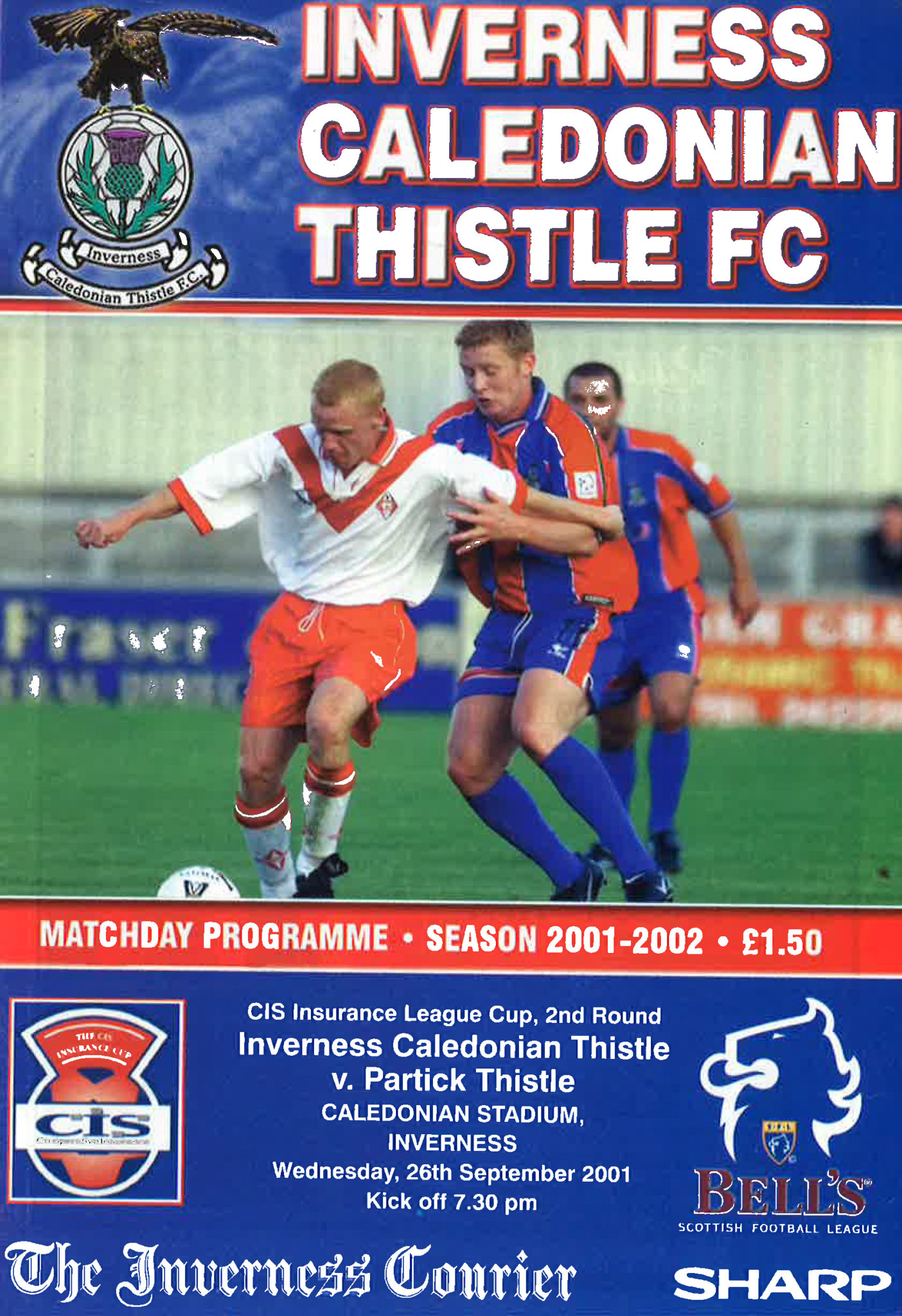 This was a pulsating match, a real ding-dong affair with the result in doubt all the way through the 90 minutes, the 30 minutes extra-time and the penalty shoot-out. At the end of it all, there had to be a loser and on this occasion, it was ourselves who suffered and went home really disappointed, especially in view of the fact that the home team’s third goal came in the 120th minute! We had been so near to victory, only to have it snatched away.

Teasdale had opened the scoring for the home side after 11 minutes, but 18 minutes later Martin Hardie equalised. Barry Robson put Inverness ahead in 63 minutes but up popped Danny Lennon to score five minutes later and it remained 2-2 until the regulation 90 minutes were over. It looked as if Scott McLean had won the game for Thistle from the penalty spot with six minutes of extra time to play but that man Robson had other ideas when he snatched a last-gasp leveller.

So it was on to the penalty shoot-out. Love it or loathe it, I reckon it’s here to stay. First up was the fearsome Bobby Mann, liable to shoot so hard that the ‘keeper would end up in the back of the net along with the ball! He made no mistake. Nor did Barry Elliot, Dennis Wyness or Danny Lennon.

So it was 2-2 when Michael Teasdale missed. What an opportunity! Thistle were now in the driving seat, we thought. Up stepped Derek Fleming and he missed. Hopefully Ross Tokely would do likewise, but no such luck. Now, step forward Scott McLean, who had scored confidently from the spot during extra-time. Unbelievably, he missed leaving Barry Robson to tie things up.

On the subject of penalties, I have never been able to discover how the decision is taken as to which end should be the chosen one – referee, ground conditions, the larger the number of spectators, police safety measures and so on. Also, which team shoots first? Presumably the one that wins the toss or does the captain have a choice? Everyone I speak to is strangely vague about the matters.

Interestingly Barry Elliot only came on after 117 minutes, and yet he was chosen to take Thistle’s first penalty – tells us something, don’t you think?

The original Thistle team makes for interesting reading. If asked in retrospect, how many would have chosen Thistle’s goalkeeper as David Klein? Well done if you remembered the French custodian. At right-back was Richard Huxford, also tricky to recall. Not so with fondly remembered left-back Alan Archibald. The rest of the team was Stephen Craigan, Scott Paterson, Martin Hardie, Gerry Britton, Danny Lennon, Paul Walker, Jamie Dolan and Derek Fleming. 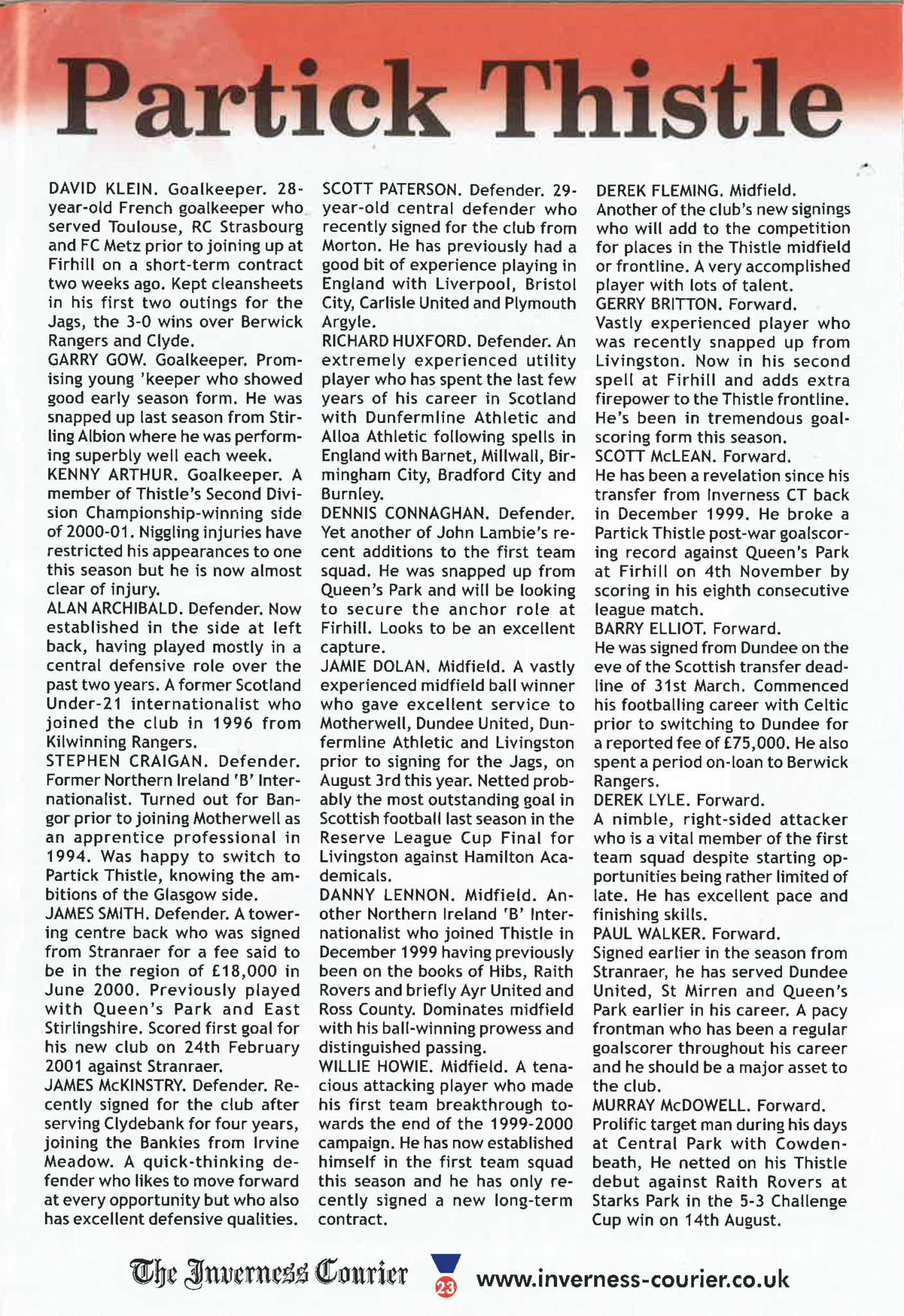 In goal for the home side was someone who gave very good service to Partick Thistle – internationalist Nicky Walker. 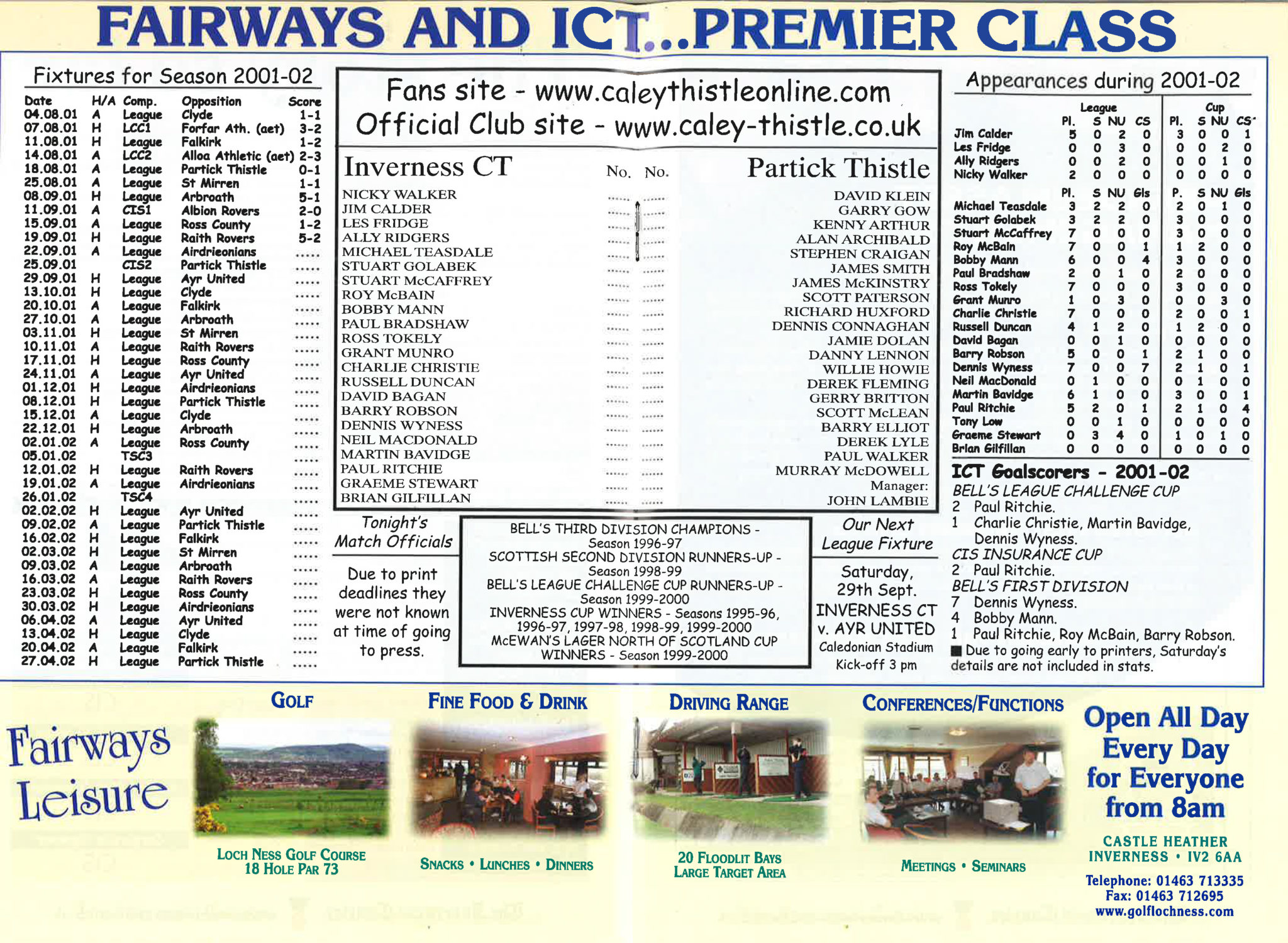 It’s a long miserable journey home from Inverness following a defeat. Bear in mind the following – this was an evening kick-off at 7:30 and the game went to extra-time and penalties. If my memory serves me right, we arrived back in Glasgow around 1:45 or 2am. Long lie for the players but up as usual for work as usual for the rest of us. That’s life!