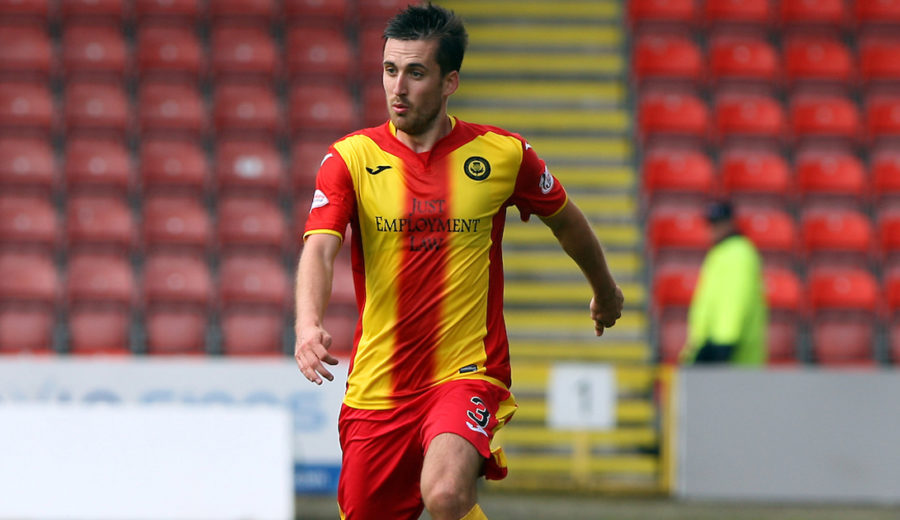 Booth happy to get through

Callum Booth was happy to have made it through to the next round of the Betfred Cup but admits the performance wasn’t good enough as Thistle toiled to victory over Stranraer with a late Christie Elliott goal.

“We got the win in the end. In a couple of months time we won’t look back at this performance, we will just know we got through the group and we look forward to the trip to St Johnstone and trying to progress further in the cup.”

“Credit to Stranraer, they done really well and made it hard for us. They sat behind the ball and made it tough for us to break them down. We had a lot of possession and a lot of the ball. We won’t face that a lot in the Premiership but it’s something else for us to work on should we be in that position again.”

“It’s good to keep the winning run going as we head into the Hibs game. We saw it last season when we won games on the cup and kept it going into the first game and we will try do that again this season. Hibs are on a good run and it will be a tough game, they’ve started the season well. It’s got the makings of a good game, a sell out and a nice big pitch so we will recover and get ready for that one.

More reaction from Stuart Bannigan and Christie Elliott as well as Jags gaffer Alan Archibald is available now to Jagzone subscribers. Log in now to see it.

Callum has committed, will you join him? 2017/18 season tickets remain on sale.