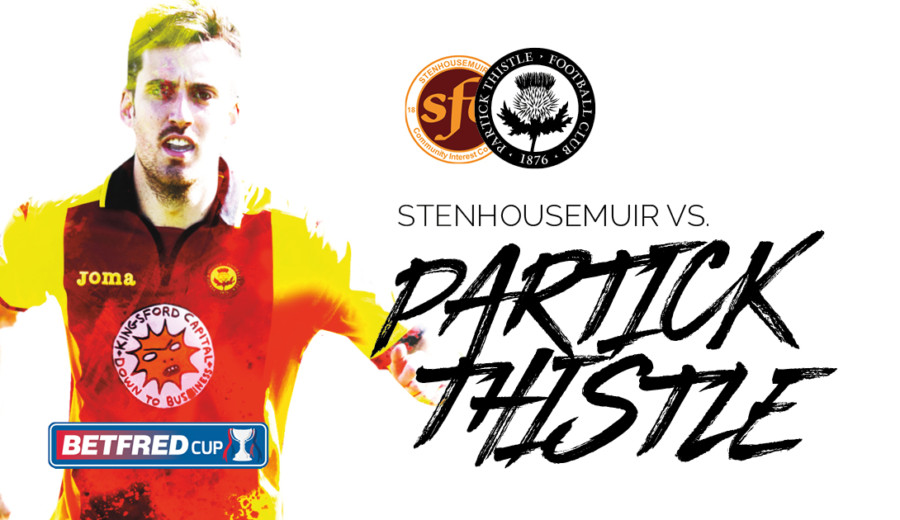 Callum Booth is itching to get back out on the pitch after Saturdays 2-1 home win over Queen of the South.

That match was the first of three games in a week and Callum is looking forward to lining up against Stenhousemuir as Thistle edge closer to top place in Group E and qualification to the next round of the Betfred Cup.

Speaking to ptfc.co.uk he said: “We’re looking forward to getting back out there. It’s been a good start to the season so far, two wins from two in the cup, so we want to continue that. It’s a quick turnaround between games so not a lot of chance to recover but we are looking forward to going out and hopefully putting in a performance.

“It will be a tough game on their artificial pitch but we need to make sure we go out and work hard, play how we can and make sure we keep it tight at the back.”

The new league cup formats has meant a much earlier start to competitive action but after missing out on most of pre-season, Callum feels it’s a positive thing.

“Being thrown into the competitive action has been good for a lot of us. Three games in a week is good for a lot of the boys who maybe missed some of pre-season due to injury and it allows us to gain the match sharpness much quicker than if we had still been playing friendly matches so I’m looking forward to the games coming thick and fast.

“We have won the two games which is a major positive but there is a lot more to take from the games. We are aware there are still things to work on but we are learning all the time. There are some new players who maybe need to learn a new way to play or what the manager wants them to do so we have been doing that as a team and improving as a unit all the time.”

There have been a number of changes in the defensive area but the Thistle number three feels the new defence is learning fast and building up a good understanding already.

“Since I’ve arrived the defensive record has been great, we’ve lost a few players from last season and obviously Muzzy is injured but we’ve brought in some quality players and we can hopefully keep that record going. We’ve been working hard in training but nothing can replace the relationships built up during games and we’ve managed to do that and will continue to learn each other’s games as the matches go on.”

With the league season fast approaching, Booth is hoping for a much different start from last season

Last season we started really poorly, We performed well enough I thought but just couldn’t get the results, we’ve got a hard run of fixtures to start this season so hopefully we can keep the run in the cup going and that will lead us nicely into the start of the league season.