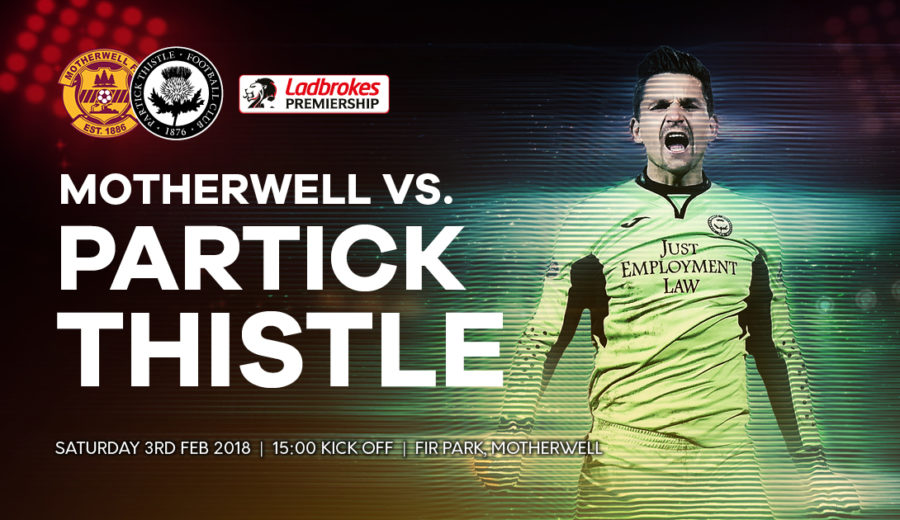 It’s been 22 years since Thistle won at Fir Park but Tomas Cerny is hoping to end that run with victory on Saturday.

The goalkeeper is hopeful Thistle’s recent upturn in form and results will continue against the Lanarkshire side.

Speaking to ptfc.co.uk he said: “Motherwell isn’t a place we have been successful recently. We want to change that and we are ready to do that on Saturday.

“Every game is different; we have to put old games out our mind. Every game starts again 0-0 and we start again so we go into the game with a chance to take all three points.

“We know it will take a better performance than we’ve recently shown at Fir Park. However we feel we can take a positive result.

“We had a great start against Motherwell last time we played them in December. It was a must win game for us and really massive and we got the result. We started great and maybe hung on a little but got there. It will be a totally different game on Saturday but it showed that we can hurt them and score goals against them. It will give us confidence when we step out on the field on Saturday.”

The Thistle number one is hoping that the recent performances will continue and admits things are positive in the camp at the moment.

“Since we came back from the break we have had a number of good performances. We had the cup win followed by a good performance against Celtic and then that win against St Johnstone last week.

“The squad is feeling good, we are feeling confident and we are a lot stronger with a number of long term injuries coming back fit too.  Things are really positive at the moment.”

However, Cerny knows the squad must continue to work and can’t get complacent.

“Things are going well just now, we are picking up points and performing well but things change so quickly in football. We can’t be complacent we have to continue to work hard and earn every result.

“We are going into the last part of the season and we have to make sure we perform in each game, we need to make sure we get points on the board and continue to try and move ourselves up the table. We can’t take anything from granted.”

Despite the two wins since the return from the break, Tomas hasn’t yet kept a clean sheet. However he admits he take a wins above all approach.

“I don’t really bother much with clean sheets as long as we win the game. The three points are the most important thing. I would have rather won 3-1 against St Johnstone than got a 0-0. For me, ideally you want a clean sheet but the team is most important and if we get that win it doesn’t really matter to me too much.”

With injuries resulting in an unsettled defence in the first half of the campaign, the return of a number of players and the signing of Baily Cargill has given the manager much more choice at the back. It’s something Tomas is equally pleased about.

“Baily has come into the defence and settled very well, We’ve had Callum Booth and Mustapha Dumbuya come back from injury and James Penrice come back from loan and it allows us to have a much more balanced defence. It gives the manager more options.

“Having Abdul Osman gives us a little more protection too for the defence, it allows the full backs the chance to get up and he allows us to be much more solid in defence.”

More exclusive preview interviews with Steven Lawless, Martin Woods and Jags gaffer, Alan Archibald, are now available to Jagzone subscribers – log in to see them. Jagzone members will also be able to watch highlights of the game.