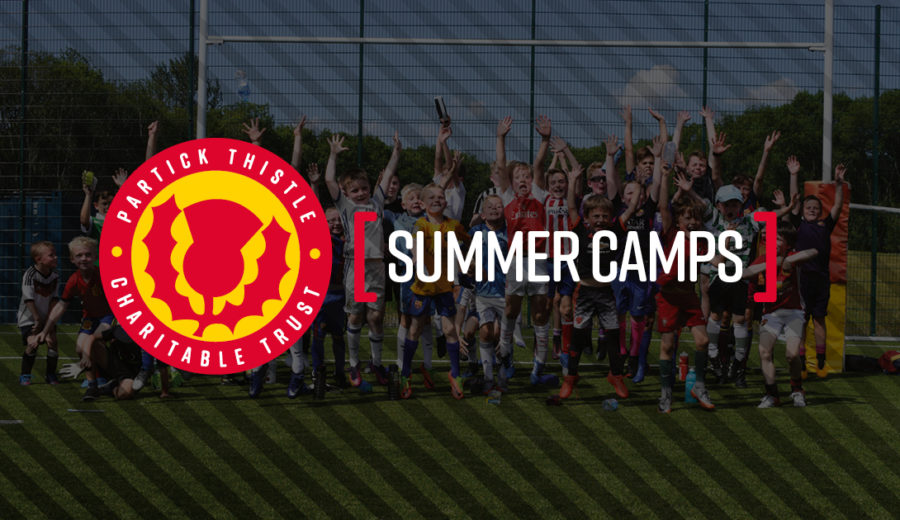 With the footballing season coming to a close and the summer getting underway, it’s time to start thinking about the Partick Thistle Charitable Trust Summer Soccer Camps for 2018.

The extremely popular camps are available to boys and girls aged between five and 14. The camps aim to provide an enjoyable learning experience for those involved, encouraging teamwork, fair play and respect while practicing football skills in a variety of drills very similar to those that the first team are put through every day.

The camps focus on improving the participants as footballers while also making sure they have fun and meet new friends. Each day at the camp follows a different football theme, such as ‘Legends Day’, adding an extra layer of fun on top of the football.

There will be five weeks of camps running, with week 1 beginning on the 2nd of July and the final week ending on the 3rd of August. All camps run for five days, from Monday until Friday with each day lasting five hours, between 10am and 3pm.

In previous years, camps have been run at the Firhill Complex in Maryhill and in Milngavie, however, this year those two camps are merging. Don’t worry though, the Charitable Trust will be running a bus service taking participants from the West of Scotland facility to the camps in Maryhill, allowing children who would have gone to the Milngavie camps previously easy travel to and from the Firhill Complex.

More information about the bus can be found here.

Information regarding prices and how to book can be found here.