This Saturday’s Community Champion, with our partners at McDonald’s Maryhill, is a local man who has had a big impact on the local community. 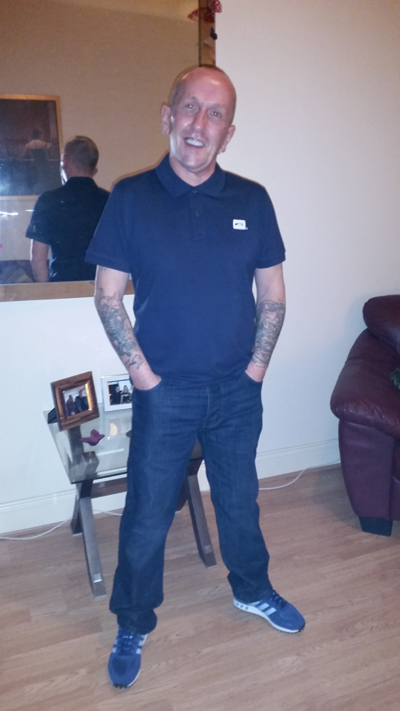 Danny Hutcheson was born and raised in Maryhill, living just a corner kick away from the stadium. One of his fondest memories as a youngster were the celebrations of October 1971 when the League Cup was returned to Maryhill courtesy of a stunning victory at Hampden.

Danny is a volunteer with the South Glasgow Recovery Network which is an organisation which helps people beat their addiction to drink and drugs. A recovering addict himself, Danny recently celebrated seven years of sobriety from drink and drugs and passes his knowledge and experiences onto others who are looking to make the same step.

During the last five years Danny has performed a number of roles, all as a volunteer. These roles have ranged from a peer mentor, where he shares his experiences with others who are in recovery, to chief cook at the Community Café, a café which provides a vital nutritious meal for clients and those living on the streets.

Danny has opened the doors to his own house and has taken people in as lodgers while they work hard at getting other aspects of their lives sorted out. When asked what the attraction of this work was Danny said that “it’s just the idea of helping people to change their lives”

Having helped so many people in the local community by sharing his own experiences it is no surprise to see why Danny was nominated to be Saturday’s Community Champion. Everyone at Partick Thistle, along with our friends at McDonald’s Maryhill, hope that Danny has a great afternoon at Firhill.