At every Partick Thistle home match for the 2016/17 season, the club, together with McDonalds Maryhill, will be recognising the efforts of people in the local area who have made an impact in the community.

Each week the Community Champion will be invited, with family and friends, to the game where they will be presented with a specially-made award in front of the crowd pre-match. They will do a short interview pitch side with Firhill announcer, Dave MacIntosh, before placing the match ball on a plinth for it to be carried on to the pitch for the start of the game. You will also find information on each Community Champion in the programme for the game along with a voucher for use at McDonalds Maryhill. 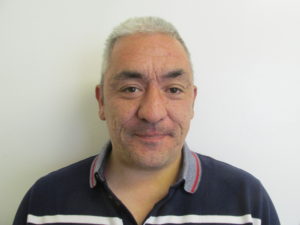 Billy was nominated by staff at NG Homes in recognition of the way he has changed his life around and has made a positive impact on the lives of many others in the Possilpark community.

Slightly more than 7 years ago Billy was just a typical Possil guy, working in the construction industry and awaiting the birth of his first child.

Within a year his life had changed significantly and, as a result of the credit crunch, lost his job.

When Billy’s daughter, Abigail was aged 2 she started nursery and Billy decided to volunteer and help upgrade the garden space at the nursery. In his own words “making it nice for the kids”.

It was during this time that Billy caught the volunteering bug and NG Homes have reaped the benefit of his efforts whilst helping Billy to change his life around.

From the nursery, Billy was approached to volunteer with a boat building project called Row To Shore and then recruited by NG Homes into their 10 week Activate Course .

The Activate course opened Billy’s eyes to what was going on in his community and how he could make a contribution to developing his community further.

His next move was into a Men’s group called Inner Circle and it was here that he excelled in supporting refugees who had come into the community and he was asked by Gillian, his project coordinator, if he would be interested in leading the group and getting involved in other aspects of community development work.

This was not only great experience for Billy, but also gave him a great deal of confidence that the professionals that he was working with felt that he had the skills and abilities to be a Project Leader.

From this time onwards, Billy has gone from strength to strength and whilst he is still a major asset for NG Homes as a volunteer, supporting the Summer Activity Programme, leading the Inner Circle Man’s Group and working on the ‘Lost The Plot’ project identifying growing spaces in Possilpark, he has also made some big decisions on his own life, which involve him currently attending Glasgow University where he is studying for a BA in Community Development.

Billy said that his young daughter finds it hilarious that he has to do his homework at the same time as her when they are at home.

We at Partick Thistle – as well as our friends at McDonalds Maryhill – would like to congratulate Billy on the way he has turned his life around and like our partners at NG Homes we believe that he truly is a Community Champion.