Tomorrow’s Community Champions, with McDonalds Maryhill, would like to focus on the word Champion. They are the Partick Thistle Community Trust SCORE achievers. 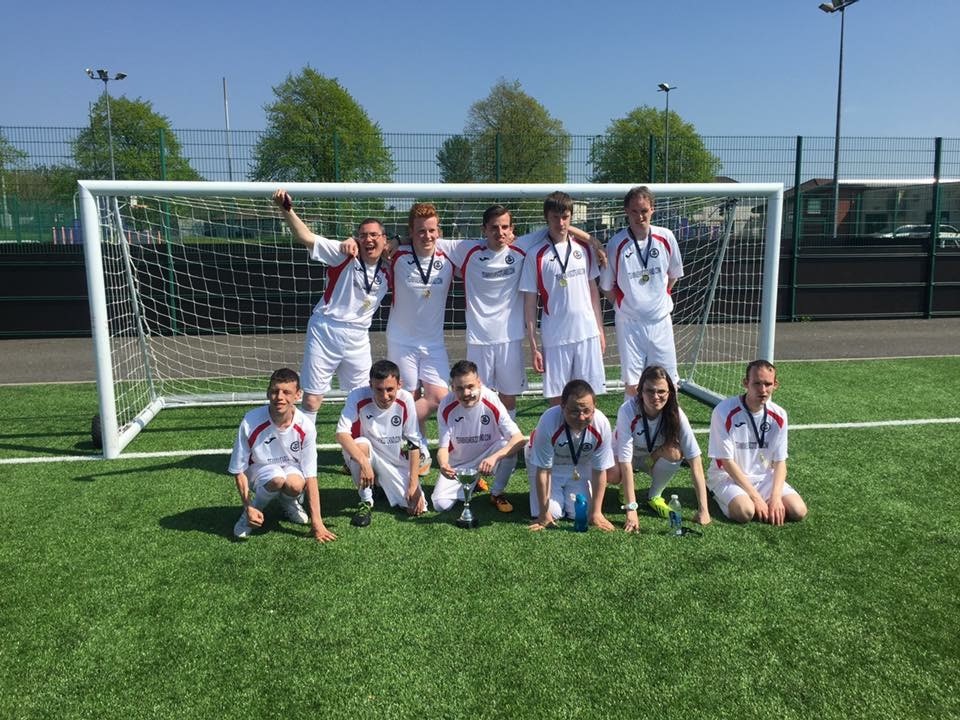 The SCORE project was developed by PTCT and funded by Big Lottery Young Person Fund. The project was aimed at young adults with additional support needs, due to disability. All of our achievers started with the project in October 2015 and will be moving onto new destinations over the next two weeks.

The objective of the project was to help participants improve their health and wellbeing, confidence and awareness of opportunities available to them.

During the project the participants attended workshop sessions at Firhill stadium and visited places of interest in the morning and took part in football coaching sessions in the afternoons.

As a result of the coaching sessions, they formed a team and played competitive matches against Spartans and Giffnock Sports Club. Alongside this, the guys took part in the LAC 5-A-SIDES tournament in Glasgow and won it twice and only this week we had two teams participate in the Scottish Disability Sport National 7’s tournament at Toryglen Football Centre where they acquitted themselves with distinction. 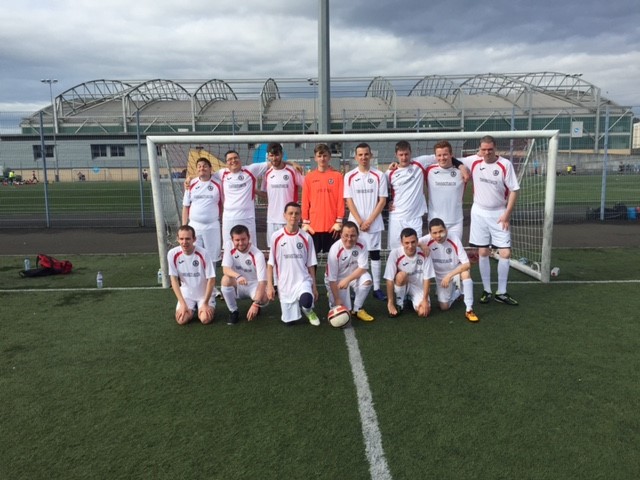 Of course the project is not only about football (try telling that to the guys), but is designed to help the participants move on with the next stage of their lives and from this viewpoint we are absolutely delighted at what the guys have achieved.

18 people took part in the project and from there:

7 will start the Pit Stop Employability programme with NG Homes

2 have gone to college

1 is attending another training course.

So we would like to congratulate all of the SCORE achievers on completing the project and moving on to exciting new things and ask all of the fans of our club to salute our champions today!!!