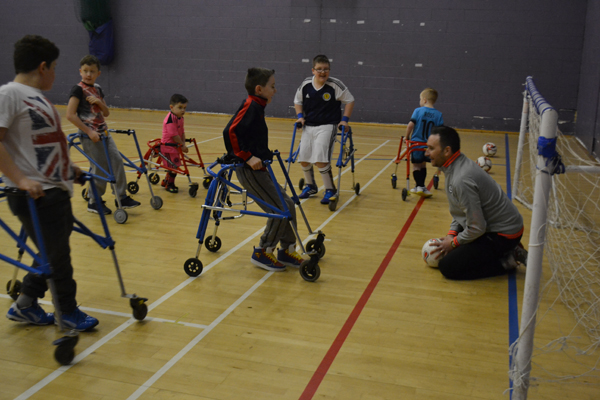 The first session of the Partick Thistle Community Trust Frame Football programme took place just over a year ago, November 2015.

At this session and, indeed, every session since, Steve Keenan has literally been ‘living the dream’. Steve’s 10 year old son Nathan was born with Cerebral Palsy and has had to walk with the aid of a frame for all of his life.

Whilst Steve and wife Nadine cope with the challenges of bringing up three other young children, there are clearly additional considerations required when managing Nathans care.

From an early age Nathan, like many young boys before him, demonstrated his interest in football and was always keen to be involved and, as a result of this interest, dad Steve decided to set about finding out how Nathan could participate in football alongside friends and classmates.

After carrying out some initial research and discussions with the SFA, Steve approached the Community Trust at Firhill to see if we would be interested in getting involved in delivering coaching to kids who walked with the aid of a frame.

This launch sparked a bit of a phenomenon in Scotland and some of the early sessions delivered on a Sunday morning by Thistle coaches saw families travelling from Fife, Ayrshire and Dingwall to let their kids get involved in Frame Football.

One Instagram post from a proud parent sums up beautifully the power of football, but also why someone like Steve was so passionate about bringing this to fruition for his boy:

“Today was a good day we took Ross to do something that we never thought possible, he played football!!!!Frame football to be exact. It was one of the best things I have ever seen he loved it and my boy was good. He just keeps surprising everyone I’m so proud. #footballmum #dreams #happyboy #proud #hesasuperstar #goalscorer. 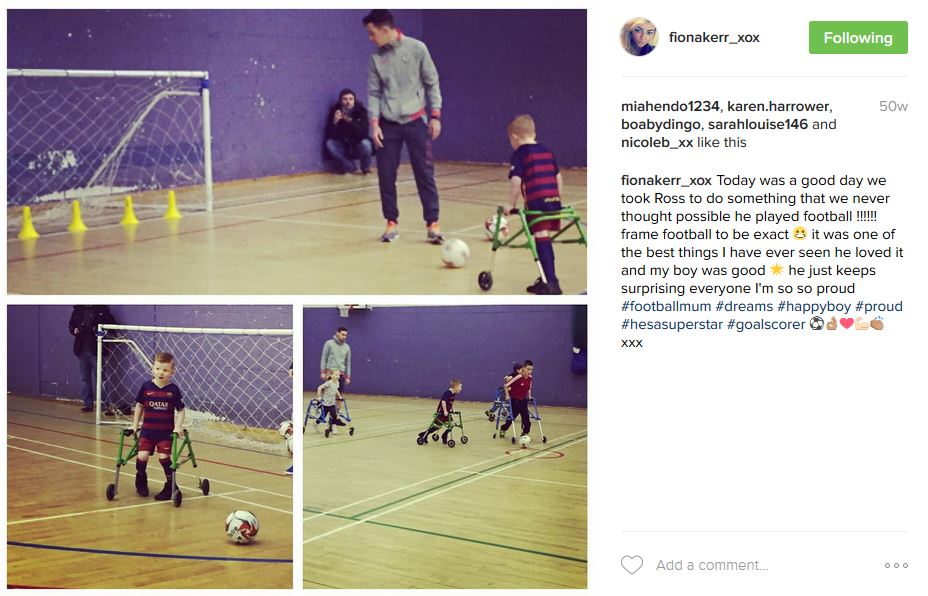 We at Partick Thistle Community Trust are very proud of how Frame Football has developed and grown at the club, however, Steve has not been content to settle for this. He has been instrumental in sessions being delivered in Kilmarnock and is in touch with clubs in Fife, Dingwall and Linlithgow who are in the process of developing their own sessions.

Steve has an ambition for a Scottish Frame Football league and we at Thistle have no doubt that his drive and passion will see the fulfilment of this particular dream. Good luck Steve and congratulations on being our Community Champion.