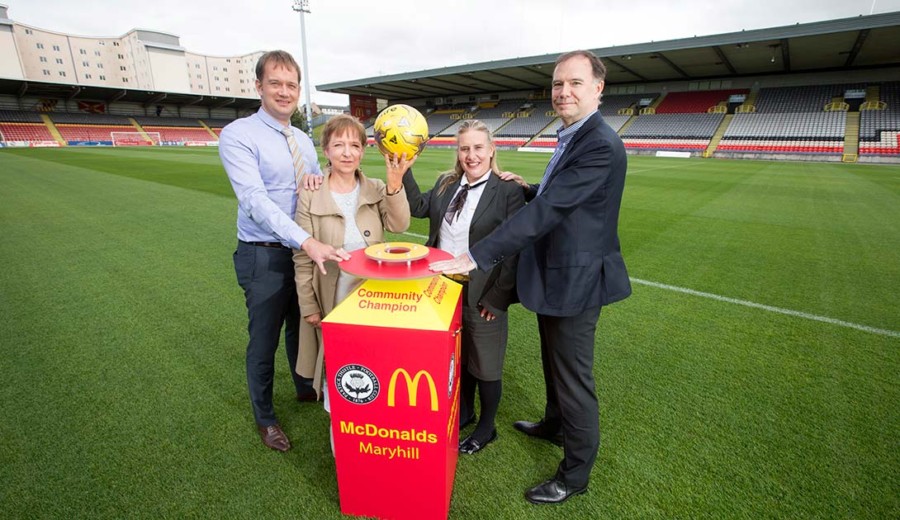 Following a successful campaign in 2016/17, Partick Thistle FC can confirm that the club will be looking for more Community Champions in the coming season.

Backed for a second year by McDonald’s Maryhill, the Club is asking for nominations from the community so that it can reward individual’s generosity and compassion with a unique matchday experience.

Whether it’s work with local community organisations or public service workers, emergency services or armed forces (past and present), carers or charity heroes, one Community Champion per home game will be selected to come along and have a day at the football that they will never forget.

In association with Partick Thistle Community Trust, the Club is asking local charities and community groups to nominate a Community Champion, whose community spirit will be publicly recognised by Thistle. 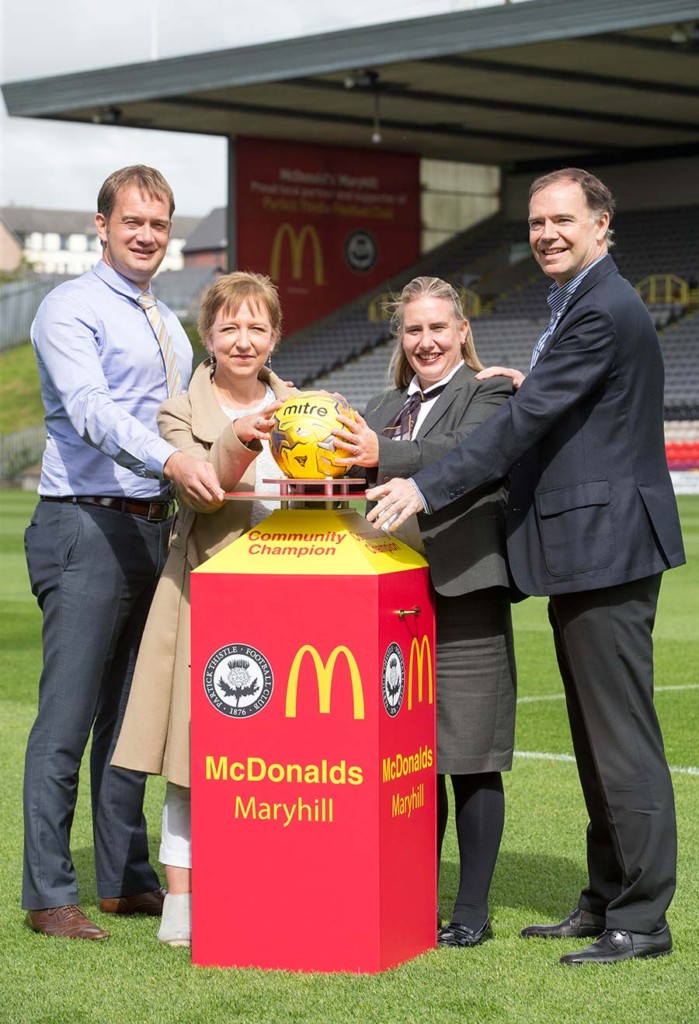 The Community Champion will be invited, with family and friends, to a Ladbrokes Premiership home game where they will be presented with a specially-made award in front of the crowd pre-match. They will do a short interview pitch side with Firhill announcer, Gavin Wallace, before placing the match ball on a plinth for it to be carried on to the pitch for the start of the game. They will also feature in the programme for that game.