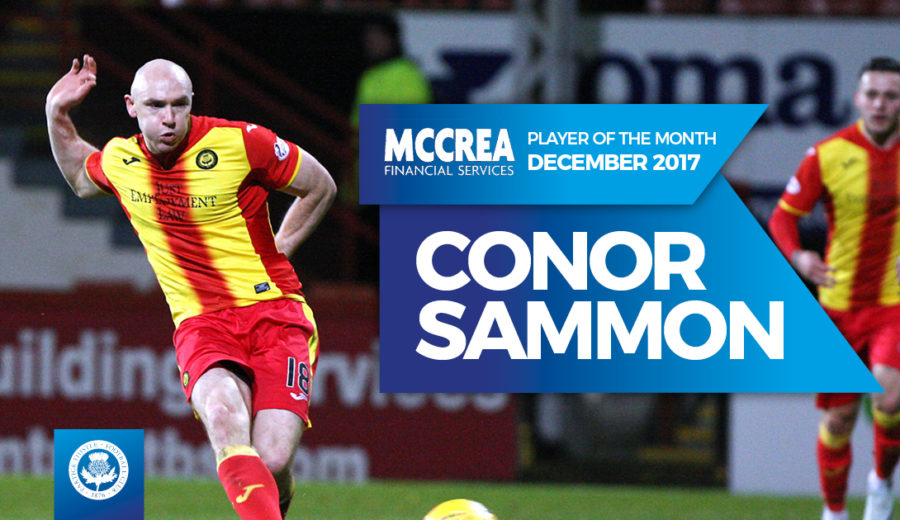 Conor Sammon has been voted the McCrea Financial Services Player of the Month for December.

On loan from Hearts, Conor featured in seven out of the eight matches in December and netted twice during the course of the month. Although his goals were crucial, his power, pace and hold up play were just as important in helping the Jags grab nine points over the festive period.

Forming a formidable partnership with whichever striker he was paired with Conor showed why he is still a real asset in the Ladbrokes Premiership and a threat against any team he plays. 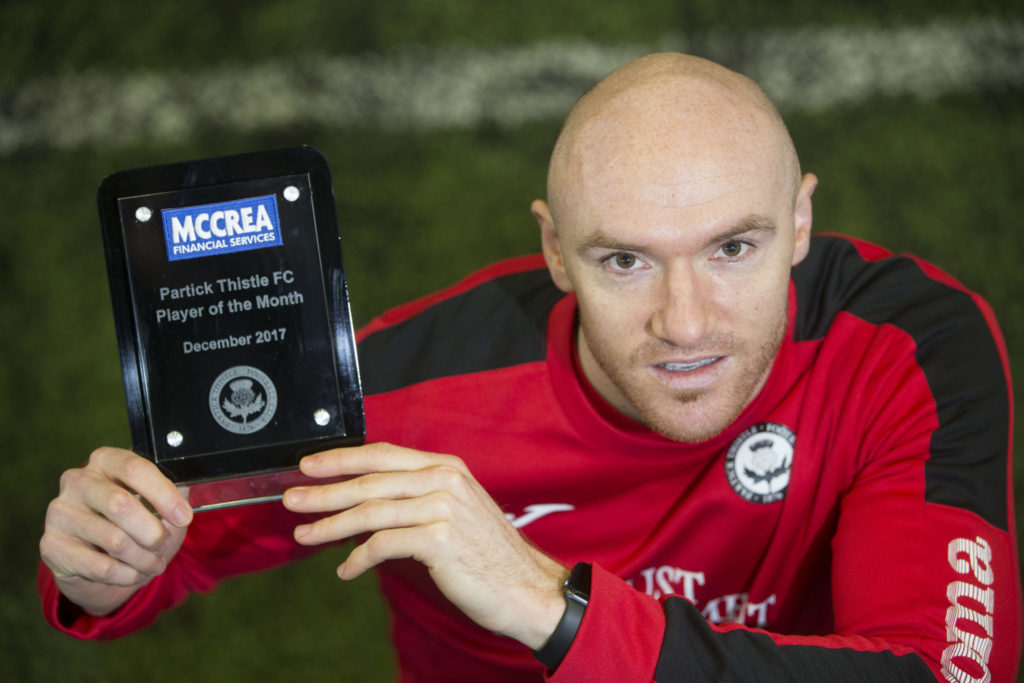 When he picked up his award, Conor said: “It’s a real honour to receive this award, especially considering I’ve not really been here for very long. December was a good month for me as I got to play in the majority of the games and that is exactly what I want to be doing. It was a good month for the team as well and it was a real boost to get ourselves off the bottom of the table for the winter break.

“We had a great week away in Spain and we are now firmly looking towards building on what we achieved at the end of 2017. There’s plenty in this team and I’ve no doubt we have what it takes to start climbing the table. Hopefully if I can keep performing and score a few more goals I can play my part in a successful second half of the season.

“Finally I would just like to thank all of the supporters who voted for me. I’ve only been here since the start of the season and the support I have received so far has been superb.”