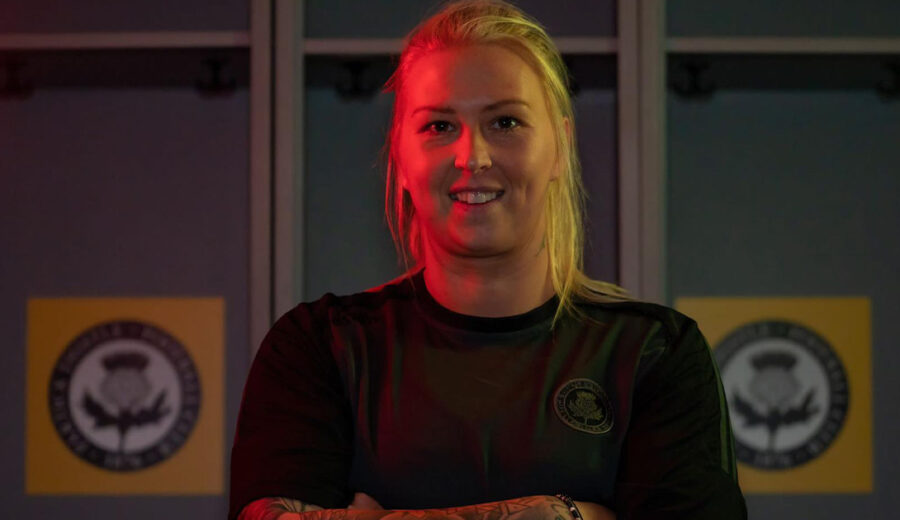 Partick Thistle Women’s FC is pleased to confirm that Danica Dalziel will be officially taking up a position as part of our coaching staff this season as well as being a registered player for the club.

She joined PTWFC as a player last August and was very quickly into the thick of the action as a Jag when she had to fill in as goalkeeper due to injuries to Lauren Grant and Lauren McGregor.

Playing four times between the sticks in October, Danica picked up the team’s Player of the Month award for her efforts.

She went on to score her first Thistle goal against Hearts at Petershill Park and would finish the season with 11 appearances in total.

Now Danica, who has played at the top level of Scottish women’s football with her spell at Glasgow City her most successful, will combine her position as a player with a coaching role as she takes the next step in her impressive career.

A well-liked part of the dressing room, Dalziel impressed the management team when given the chance to coach last season and will now be given more responsibilities in her dual-role.

Danica Dalziel said: “I’m excited to be able to pass my knowledge and experiences onto the girls and help them and the club reach the potential and aims they have.

“I’m grateful to the club and Brian for giving me the opportunity to take this next step in my career, I’ve achieved a lot as a player and hopefully I can do the same as a coach. I’ve really enjoyed it so far and look forward to a successful season ahead.

PTWFC manager Brian Graham said:: “Danica showed us last season what she brings to the squad and naturally fell into a role of helping the other players and passing on her knowledge so it was an easy decision to make to ask her to come on board as a player/coach this season.