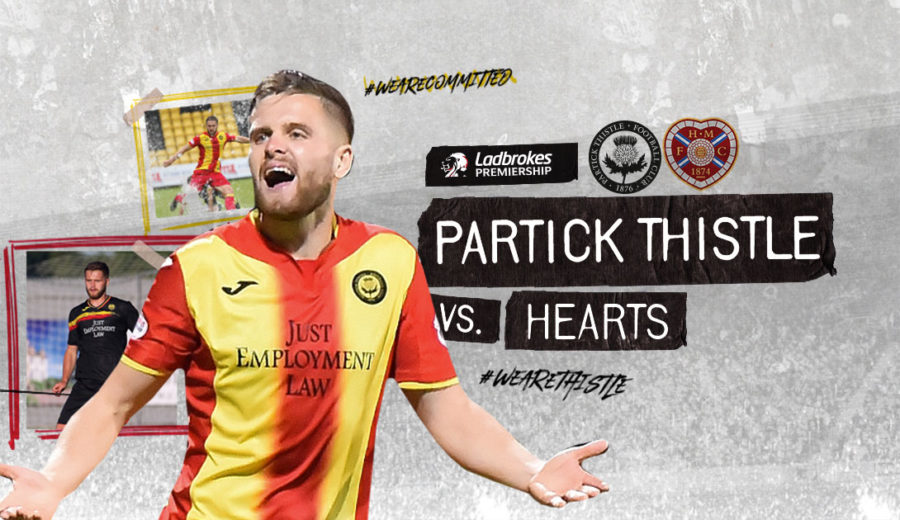 Danny Devine is happy with the quick turnaround of games. After the midweek extra time defeat at the hands of Rangers the defender is looking forward to the instant opportunity to put things right by getting all three points at home to Hearts on Saturday.

Danny spoke to ptfc.co.uk and admits it’s important now the players get themselves ready for another tough match.

“Recovery is the main priority ahead of the game, there isn’t much time to train between the games but we have to make sure we are all 100% going into the game and are raring to go once the match starts.”

Despite going out in extra time, Thistle recorded their second draw over ninety minutes with Rangers in the space of five days and Devine is hopeful of taking the confidence from that into the match against Hearts.

“The results against Rangers will give us a boost, the performances over the two matches were good, we matched them all over the pitch. We now have to make sure we do the same again on Saturday against another team tipped to be up near the top of the league.

“We look at ourselves and our squad and we have belief in ourselves, Hearts are one of the bigger sides but we’ve beaten them before and we believe we can do that again. We believe we are as good as these sides and know we can get the result we are looking for.”

The defence have switched to a three over the last couple of days and Danny feels it’s good to be able to play a number of formations defending on what is required.

“We’ve went three at the back the last couple of games and it’s went well, we went to three a lot at the end of the season.  It allows our full backs to push up and have the confidence we are still secure at the back. We can play either that or a four and I think it’s good to be flexible like that so we can go with what is best for an individual game.”

Devine lined up in defence with Niall Keown and Jordan Turnbull on Tuesday night. While he played alongside Keown at the end of last season, Turnbull has come into the side this season and Danny feels he’s settled in well.

“I think we are starting to form partnerships in defence. It’s always difficult when new players come in but I think Jordan has come in and settled in well. I think his performances have shown that and I think we can only improve as a defence and get a clean sheet on Saturday.”

“It’s a great honour for me to captain the team, especially in such a big game during the week. I was delighted to do it and whoever the manager chooses to do it you have to take it on and do the best you can.

“I think with the armband you can’t let it play in your mind, you can maybe go out and try too hard. You have to go out and play your normal game and lead through example. You have to make sure you set the tone for the rest of the lads through your performance.”

More exclusive preview interviews with Kris Doolan and Jags gaffer, Alan Archibald are now available to Jagzone subscribers – log in now to see them. Jagzone members will also be able to watch highlights of the game from midnight.