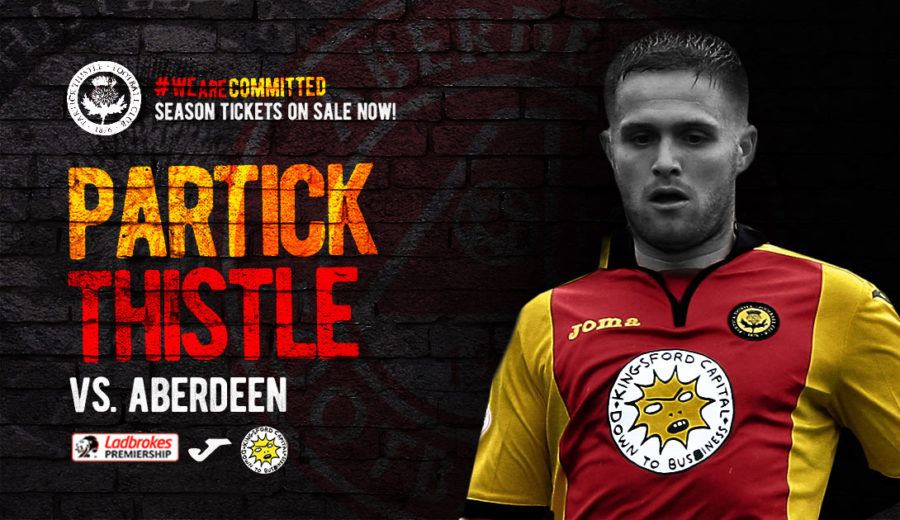 Devine hoping to end on high

Daniel Devine is hoping to end the season on a high by claiming the team’s first post-split victory by defeating Aberdeen at Firhill.

Speaking to ptfc.co.uk, Devine said: “It is important we end the season on a high. We are disappointed so far not to have got a win after the split. We wanted to be in the top six to test ourselves against the top teams and Sunday is another chance to do that.

“We are bitterly disappointed after the Celtic result and performance. They are a top class team, everyone knows that but we are disappointed in ourselves and the way we performed and we know we have to do much better.”

Devine admits the team has possibly deserved more from the matches this season with a number of very close games so far this term.

“It would be nice to take something from Aberdeen, we’ve played quite well against them this season and every game has been close but we’ve not managed to take anything from them. We have probably deserved more than we’ve been able to take so far so hopefully we can do that on Sunday.”

Devine arrived in the summer from Inverness and has enjoyed his first season at the club.

“I’ve really enjoyed my first season at the club. It was a tough start for everyone but once the boys managed to gel we picked up and managed to get ourselves into the top six. It’s been a great achievement for the club and I’m glad to have been part of that.”

“Now it’s a case of getting ourselves ready for next season, working hard through the summer and going again next season and trying to better this season.”

More exclusive preview interviews with Kris Doolan as well as Jags gaffer Alan Archibald are now available to Jagzone subscribers. Log in now to see them. Jagzone members will also be able to watch highlights of the game from midnight.

Daniel has committed, will you join him? 2017/18 season tickets are now on sale.