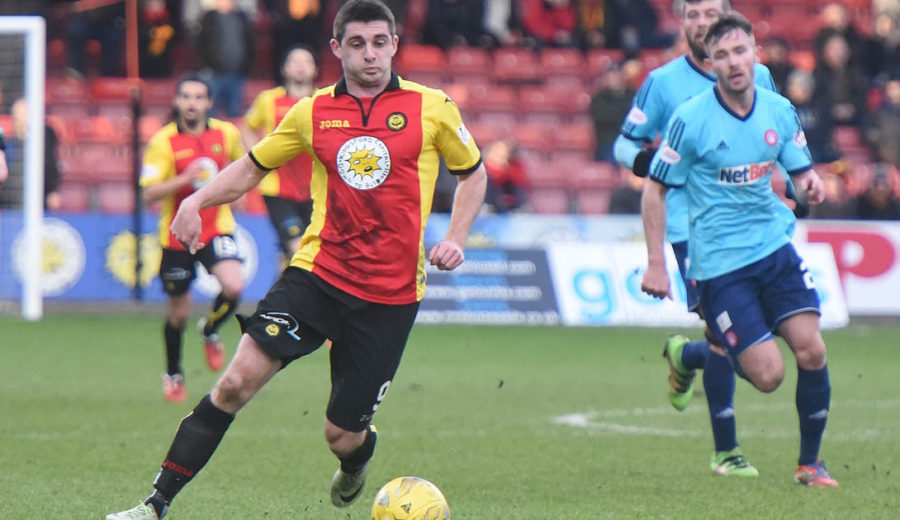 With his 96th and 97th competitive goals in Partick Thistle colours Kris Doolan climbed higher in the list of all time Partick Thistle goal scorers on Saturday. With his goals against Hamilton, Doolan moves joint 9th alongside Sandy Hair and Willie Newall cementing his place in the history books. 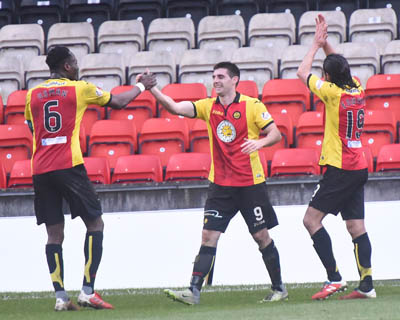 The striker is now only three away from his 100 goals and although proud of his achievements, in typical Doolan style is putting the team first.

Speaking after his goals to ptfc.co.uk he said: “I’m massively proud to have moved into the top ten of goal scorers at the club. Its been the next big aim for a while so to have done it is great. I’m closing in on the 100 and I’m obviously looking forward to it coming but the most important thing is the team. If I can score goals to help the team then that’s what I want to do.

“The focus is on the club, it always is. It’s not about me personally. The 100 goals will happen when they happen but by me getting there it helps the club so that’s the main aim and what I look to do each time I step on the park.”

Dools added another two goals to his collection against Hamilton and he admits it’s a club he enjoys playing against.

“Some players just have teams they like playing against and they seem to score against them often, obviously Hamilton are a team like that for me along with Kilmarnock so it’s nice to get another two.”

Kris became the only the second sub to score for Thistle in the league this season and we wondered how he felt about being the super sub.

“I don’t really want that title to be honest, I would have rather started the game but it’s important if you do start in the bench, that when you come on you are ready to contribute. Whether that is scoring a goal or helping set one up and I’m happy to have done that.”

The goals were the first in the league since new year and Doolan is hoping it kick starts a run.

“We’ve not scored as many goals as we would have hoped but hopefully this kick starts us into a good run and a flurry of goals at the correct time. It lets us look up the table but we are aware we have to keep getting results to let us continue to do that.

“It wasn’t a pretty game, these games are never masterclasses but I thought we improved second half and took control of the game. It shows what players like Chris Erskine can do to teams, he can really hurt them and we’ve ground out a result which is important.”

Next up is another home match against Hearts and the number nine is hoping to give the home fans more to shout about.

“It’s a big win for us, it puts some daylight between us and the teams at the bottom and puts us into top six, ahead of the games being played on Sunday. We know we’ve got another difficult match against Hearts next week. We will train hard and be ready for that.

“We know today wasn’t a pretty game to watch but we’ve sent the fans away with a win and Hearts may be a similar game so we have to be prepared to work for the points. It gives us something to build on.”

More reaction from Chris Erskine and Liam Lindsay is now available to Jagzone subscribers. Log in now to see it as soon as it is available.

Article Copyright © 2017. Permission to use quotations from this article online is only granted subject to appropriate source credit and hyperlink to www.ptfc.co.uk