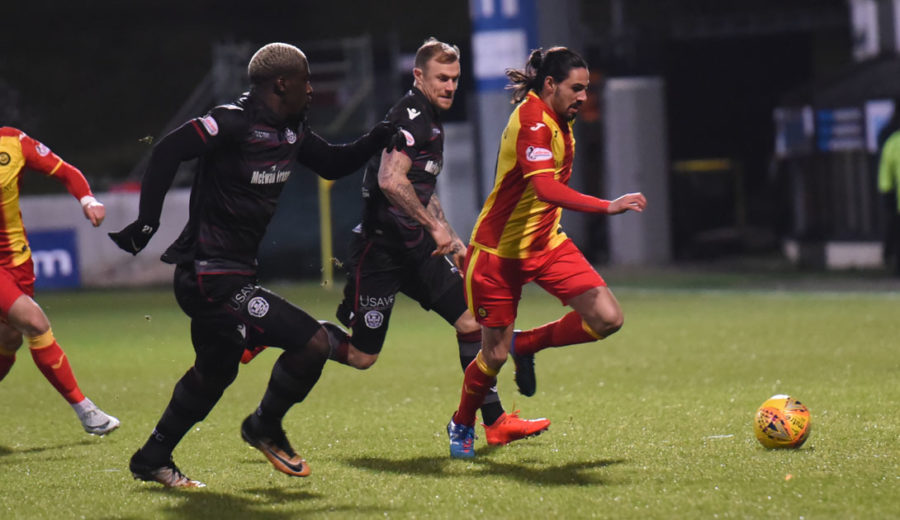 Edwards happy to get the job done

Ryan Edwards was delighted after Thistle bounced back from the disappointment at Kilmarnock with a 3-2 home win over Motherwell.

Despite going 3-0 up before half time, it was a nervy second half but Ryan was happy to have held on for all three points

Speaking to ptfc.co.uk he said: “We certainly made it hard for ourselves! It was relief at the end but we are absolutely delighted to get the win and three points.

“After Saturday it was important that we went out and got the win, we got the job done in the end. It stops the run of bad form we were on and gives us something to build on.”

After the Kilmarnock match the talk has all been about making sure there was a reaction and making sure we won the game, no matter how ugly it was. A win no matter how it comes was the order of the day and it certainly turned out that way

“We went and analysed the Kilmarnock game and had a game plan to try and rectify what went wrong in that game. I thought we carried it out perfectly in the first half. We were too pedestrian at Kilmarnock but we came out the traps tonight and it showed when we went in at half time 3-0 up.

“It wasn’t a good second half but we managed to hang on and got the win. That was the most important thing and we wanted to get the 3 points no matter how we got them. We maybe should have been a lot more comfortable but the win was what was important”

In the aftermath of the game at the weekend the squad have worked hard in training and spoken as a squad of what is needed. Ryan think they showed that tonight

Edwards grabbed the second goal of the night; slamming home Miles Storey’s through ball and the midfielder was delighted to add another goal to his tally. The addition of Martin Woods to the midfield was an important one according to the Thistle number nineteen

“I was happy with the goal, it was a different formation tonight which allowed me to get up and support Miles and Connor. Miles has put a great ball through to me and I was happy with my finish and getting on the scoresheet.

“Martin came in to steady up the midfield and I thought it helped, it allowed me and Adam a little more freedom and I think it suited my game, it’s the same when Abdul plays in there, it makes us a lot more solid and allowed me to really play my game and support the front players.”

The games don’t get any easier or less important when Thistle travel to Dundee on Saturday, knowing a win takes us off the bottom of the table.

“We have another big game now against Dundee, It’s a chance for us to get off the bottom of the table so we will immediately focus on that game, let ourselves recover and work hard ahead of that game.

“It’s important we now carry on with the momentum, a few results in this league and you can suddenly find yourselves moving up the table, it’s important now that we do that.”

More reaction from Conor Sammon and Miles Storey as well as Jags gaffer Alan Archibald is available now to Jagzone subscribers. Log in now to see it.