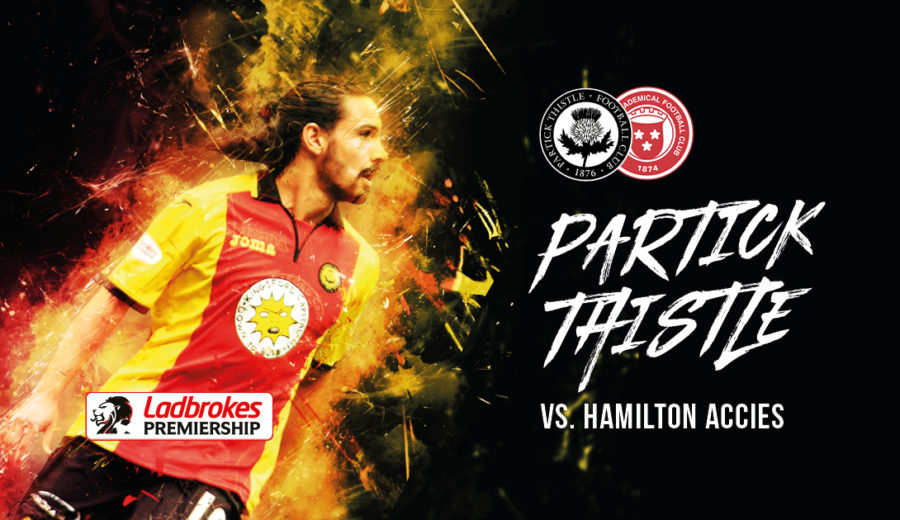 Ryan Edwards is hoping to turn personal awards into points when Thistle face Hamilton at Firhill. Edwards won the McCrea Financial Services player of the month for  September but would rather be winning football matches in the league. 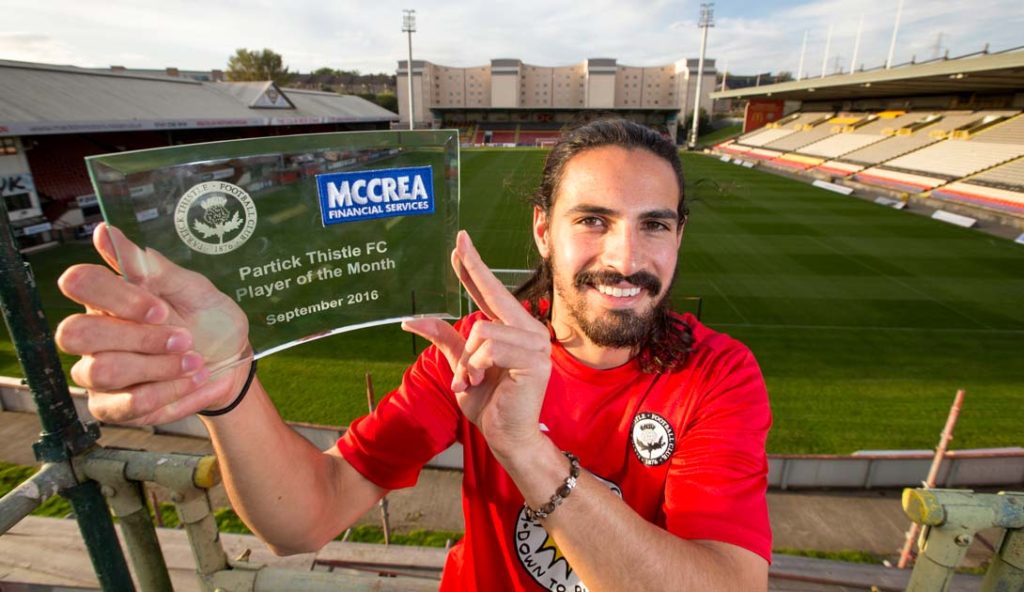 After a loss to Rangers in the last game before the international break it’s been a long two weeks for the players but it is time they have used wisely according to Edwards.

He said: “After the international break and a few disappointing results the boys have come back ready to go. We’ve had a good week’s training and are looking forward to getting out there. We are ready to put the poor results behind us.

“After a loss you want to get back out as soon as possible so it’s always disappointing going into a break like that, but it gives you a chance to go away and think about things and work on the training pitch at getting things right. We will be well prepared and ready for Hamilton on Saturday.”

Ryan is hoping after a run of poor results that the match at Firhill will give the perfect opportunity to kick start the season.

“We started the season with a win and our results haven’t been good enough since. However, we’ve had some tough fixtures. We look at Saturday as a game we need to go out and pick up all three points. Hamilton are a tough side, they are always hard to play against but we will be going out looking to put in a performance and pick up all three points in front of our home fans.

“It’s always good to go out in front of your home fans, the pitch is great at Firhill and it suits how we play. The fans always back us and we are looking forward to them getting right behind us on Saturday.”

Most will admit the performances have been there but results have been hard to come by, the midfielder is hopeful of putting the two together on Saturday and knows taking chances is vital to that.

“I think it’s well noted that a good start is usually important and getting the first goal is important. We started great against Rangers but couldn’t get that goal and they’ve scored it and it was really important, if we had scored during that spell of pressure it might have been different and it shows how important scoring while you are on top is.”

That player of the month award was a proud moment for Edwards but as usual it was team first for the Australian.

“It was great to get player of the month. It was my first award in professional football. However I would trade it in for three points any day of the week. It’s good to be rewarded for performances. We had a lot of players who played well last month and hopefully we can turn those performances into points.

The Australian may be all about the team but there is one personal honour that he is dreaming of, a call up to the national side.

“I would love to get myself into the Australia squad. It’s certainly at the back of mind. I would love to be capped by my country at senior level. I’ve picked up a number of caps at youth levels and even captained the youth side. The team is very strong, especially in the middle of the park, there is a lot of depth but it’s certainly one of my major goals. I just need to continue to play well for Partick Thistle, that’s my first aim and if I can catch the eye of Ange Postecoglou then it would be fantastic and a dream come true.”