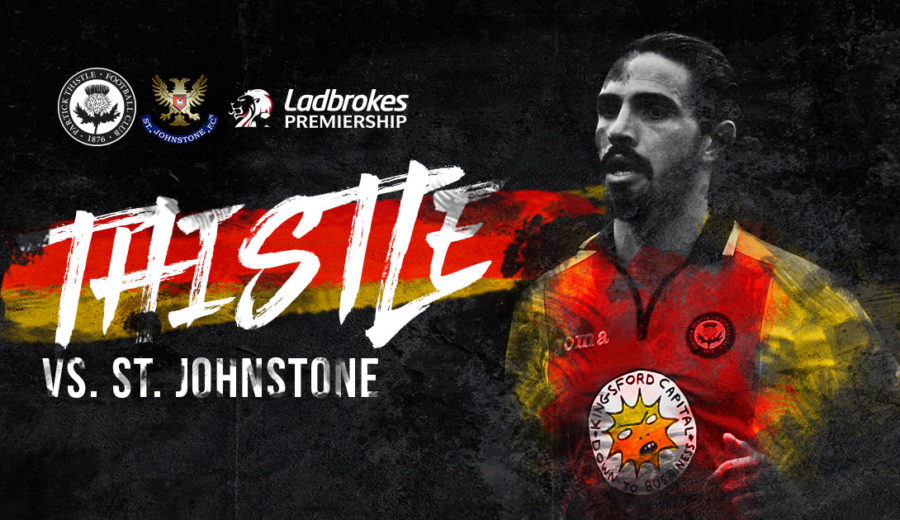 Edwards looking for another memorable night

Ryan Edwards is hoping to continue a fine run of team and personal form as Thistle welcome St Johnstone under the Firhill floodlights.

Speaking to ptfc.co.uk he said: “It’s been good to get back into action after the winter break. We picked up what could be a good point up in Inverness at the weekend and we are on a good run.

“We have been picking up points and we have the chance to continue that. We were disappointed to only pick up the point at the weekend but if we can beat St Johnstone then it’s a very good couple of days for us.”

“It’s a midweek game and there’s always something nice about a midweek game at Firhill under the floodlights. We’ve got a good record in these sort of games and hopefully the night atmosphere can drive us on to all three points.”

After the match in Inverness Thistle sat in the top six and Edwards knows a win against the Perth side will see the team go clear in that position and move closer to the Saints who sit above us in the league.

“We’ve said since the start of the season how close we were last season to top six and how it’s an aim of ours this season to go that step further and make it. It’s a target and we believe we are good enough to do it.

“We need to win games to make that happen and we are aware that if we lose a couple of games suddenly we will find ourselves down near the bottom again. The league is so tight that things can changed quickly and we need to make sure we don’t let that happen.”

The Aussie knows how tight the league is and is aware a good performance is required for Thistle to come out on top.

“We know how tight and close the league is. Anyone can beat anyone. It’s about how you perform on the day so we know we have to perform against St Johnstone if we are to get the three points and if we keep doing that we can continue to look above us in the league.

“St Johnstone have been top six over the last few seasons but we have beaten them a number of times so we take confidence in the fact we have that good record against them and will look to improve and continue that.”

Ryan is happy with how his season is going personally and is hoping to continue that form as the second half of the season kicks off.

“It’s been a good start to the season for myself. I’ve managed to break into the team and been fortunate enough to win a few player of the month awards which is always nice from a personal point of view.  I won one when we were bottom which wasn’t a great feeling but I’ve then won one when we were higher up the table which is great for the team and hopefully it will continue.

“We’ve got a great squad and a brilliant bunch of boys and everyone is working hard and pulling in the same direction which is great and it’s always a pleasure to play in a team like that.”

The midfielder however is aware he can continue to improve and he can do that by adds some more goals to his game.

“I just need to add some goals to my game. It’s important to me that I add that to my game and I am coming closer with some of my efforts and trying to get myself into some good scoring positions too.

“I’m scoring in training and working hard so maybe it’s not just coming off in the games but I know if I keep working hard and practising then it will happen and I will be able to add more goals to the team.”