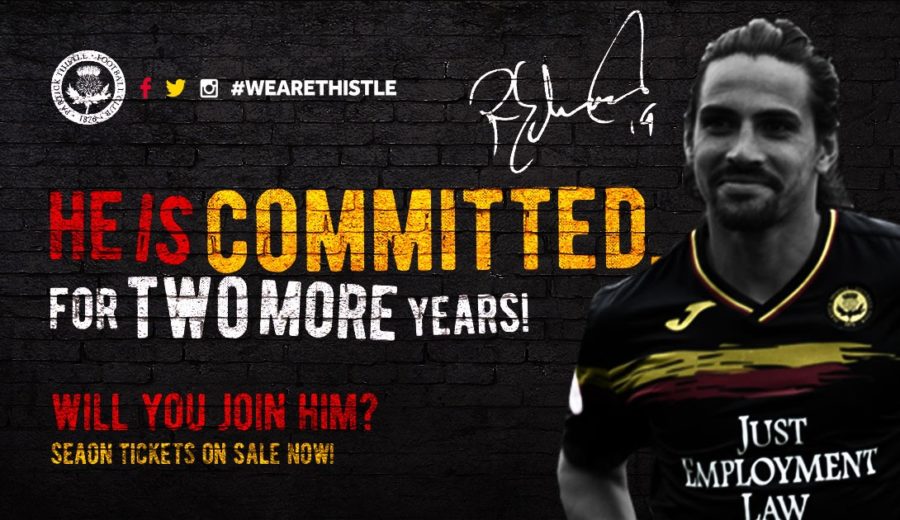 We are pleased to announce this afternoon, that Ryan Edwards has penned a one year contract extension with the club, meaning he will remain at Firhill until the summer of 2019.

Ryan, who featured in every Ladbrokes Premiership fixture last season, joined Thistle in September 2015 having previously been on the books at English side Reading.

The young Australian endured a frustrating start to his Thistle career, as he spent January 2016 on international duty, but has gone on to establish himself as an important part of Alan Archibald’s squad. The fans favourite picked up a number of McCrea Financial Services Player of the Month last campaign demonstrating the strong run of form he displayed in a red and yellow jersey.

With pre-season preparations well underway at Firhill, we are delighted that Ryan will remain at the club until 2019 and look forward to seeing more of his tireless performances during the next two years.

Ryan has committed, will you join him? 2017/18 season tickets are now on sale.