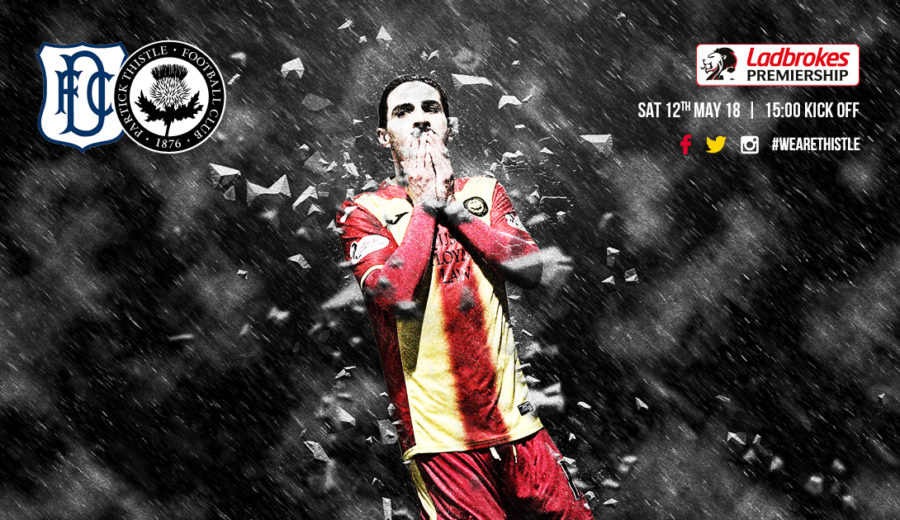 Edwards: We have to give ourselves another chance

Ryan Edwards is looking for the squad to put the disappointment of missing out on automatic safety out their minds and look to secure a play-off place to give them a second chance of staying in the Ladbrokes Premiership.

With a win against Dundee needed to guarantee a place in the play-offs Ryan knows they have to go out and do what’s required.

Speaking to ptfc.co.uk he said: “We’re massively disappointed with the result against Motherwell and where it leaves us in the table.

“We still believe in ourselves and that we can go to Dundee and get the right result to get us into the play-offs to give us the chance to keep fighting to stay in the division.”

Edwards knows staying ahead of Ross County is vital but insists the belief is still in the squad.

“We have to put the disappointment of now not being able to catch those teams above us out our minds and concentrate on staying ahead of Ross County.

“We’ve been in eleventh since the first game of the split and we always knew it would be tough, we put everything into trying to getting into 10th but weren’t able to. We now have to make sure we give ourself the opportunity to give ourselves another chance.

“The belief is still in the squad, we have trained hard and been positive. We were on a good run of games unbeaten after the split until Motherwell and we now have to remain confident.”

“It’s totally in our hands, we know we have to focus on ourselves, we just have to win the game, we don’t have to look elsewhere or think what if. We need to go and do our job and get what is required.

The loss to Motherwell was the first defeat post split and the Aussie feels we need to draw on the performances before that for confidence.

“The match against Motherwell could have went a different way, I had the header in the first half and we felt we could have done better in the games before that too but we have belief in ourselves and will continue to fight.

“We came from behind in a few games before that and showed fight and we have to show that same fight on Saturday.”

Ryan had a message for the fans who will be travelling to Dens in large numbers.

“Everyone needs to stick together and we need the fans to stay with us. They have been great and really backed us since the split. We know they are frustrated but we need them now more than ever and we want to stay in this division for them.”

Make the trip to support the side. Partick Thistle are offering FREE supporters buses to the match. Dundee are providing a family deal for supporters who purchase in advance.

More exclusive preview interviews with Adam Barton and Jags gaffer, Alan Archibald, are available to Jagzone subscribers –  log in now to see them.

Can’t make it to Dens Park? Jagzone members can listen to live audio commentary of the match. JagZoneLIVE begins at 2:30pm on Saturday.