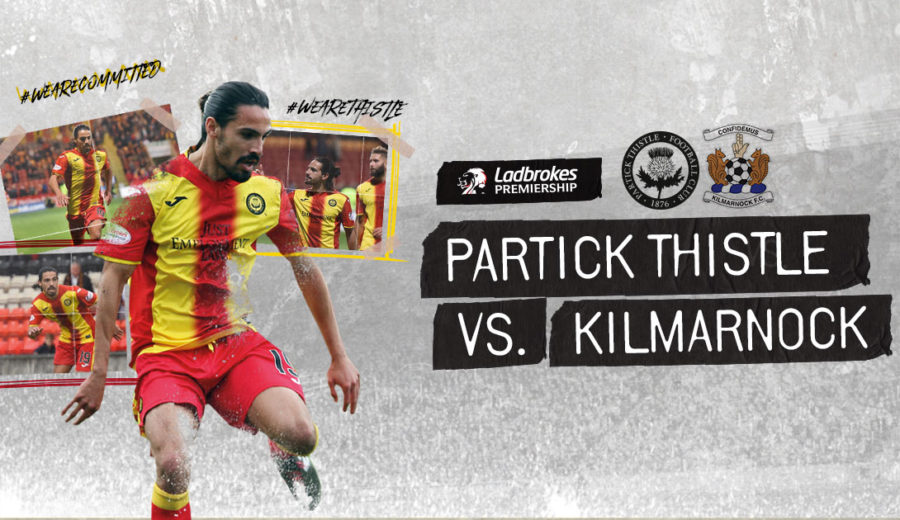 Edwards: We know the importance

Thistle return to action after the international break when Kilmarnock visit The Energy check Stadium at Firhill.

After the disappointing result against Motherwell, Ryan Edwards knows the importance of the match and knows a win is a must.

Speaking to ptfc.co.uk Edwards was looking forward to getting back into action after the break. He said: “It’s one of the most important games for us all season, we need to step up and give everything to try and take all three points, we need to get our season started.

“We are all ready for it. It was a disappointing result and performance against Motherwell last time out then we had the international break. It’s hard when you have a break like that after a disappointing game.

“We’ve worked hard in training and we are looking forward to getting out and putting things right.”

Ryan admits the international break wasn’t ideal but it’s important to concentrate on the next game. The break also gave the players time away together to bond and work on the team spirit and understanding.

“We don’t get too high when we win and we won’t let ourselves get too low after a loss. We forget about the last game and concentrate on doing everything we can to win the match against Kilmarnock and getting all three points.

“We had a few days away team bonding. We went last season and it helped and I think it’s a great thing. We done some activities and spent time together off the pitch. You get to spend time together and experience things together than you wouldn’t normally just coming into training so hopefully it helps going into the upcoming games.”

Thistle go into the game on Saturday facing managerless Kilmarnock. Edwards doesn’t know what way Killie will go, and that can be dangerous.

“Sometimes it’s tough playing against teams who have just sacked their manger. Sometimes you don’t know what to expect and the players are all fighting for their place in a team.

“We have to start well and bring our game to them, especially at home we need to make sure we are at it early and get the upper hand in the game.”

After the match against Kilmarnock comes another home match against Dundee before a trip to Hamilton – three games against sides about us in the league and the midfielder is hoping to start a good run on Saturday.

“We have a run of games coming up that we need to do well in. This league is all about form and momentum and we showed last season where we went on a run after winning a few games that it can make all the difference.

“We know if we can get a result on the first one we can take that into the games after that. We have two at home quickly followed by another game at Hamilton. So it’s important we get the ball rolling by beating Kilmarnock on Saturday.

“Home games can important for us, we’ve put in some good performances at home this season but don’t have the results to show for it. It’s now time to turn that to points and reward the home fans. They have been great to us and come out to support us so hopefully we can now send them home happy on Saturday.”

While it’s tough to put the finger on what is missing to get the first win, Edwards knows he players have to work hard together and be mentally strong to get those three points.

“It’s a mental thing more than anything, we’ve been here before and know we can overcome it. The longer it goes on it becomes more difficult. I think in 5 of the 7 league games we’ve went ahead. I think we want to win so badly and because it hasn’t happened for us we start to think about it too much and drop deeper. We need to make sure we stop that and see the game out. Once we do that we can stop thinking about it too much.”

More exclusive preview interviews with Niall Keown and Blair Spittal as well as Jags gaffer, Alan Archibald are now available to Jagzone subscribers – log in now to see them. Jagzone members will also be able to watch highlights of the game from midnight.