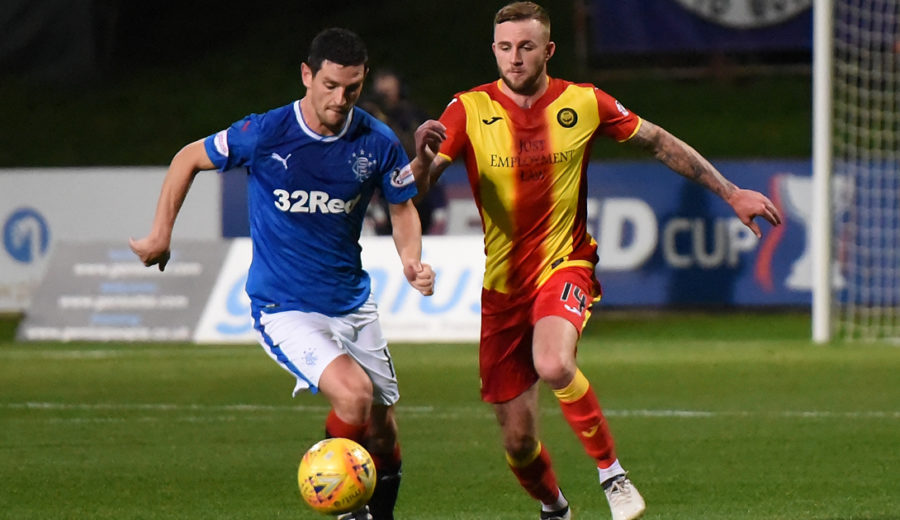 Elliott disappointed to go out

Christie Elliott was a disappointed figure after Thistle failed to progress to the semi final of the BetFred Cup at the Energy Check stadium at Firhill.

Kris Doolan forced an additional 30 minutes with a late equaliser but Thistle crashed out after a 3-1 extra time defeat.

Speaking to ptfc.co.uk after the match Elliott wasn’t happy with how the side started extra time. He said: “We’re gutted to be out after putting so much into the game. We managed to get the goal at the end and force it into extra time, which I think we deserved but after that we didn’t do enough.

“We were well on top at the end of the ninety minutes and deserved the equaliser. At that point if the game had lasted an extra 5 or 10 minutes then we might have won it but coming out so slowly for extra time really cost us.

“When we got the equaliser we had to push on and try and score the next goal. However, we’ve come out and started extra time slowly, we then lost the goal which killed a lot of momentum.”

Elliott, however, did admit the performances in the last two games will provide confidence and a building block heading into the up and coming fixtures.

“We’ve shown over the last two games we can match them and there isn’t much between the sides. We now have to take that into the up and coming games and go out and show what we can do against other teams.

“We can’t just play like that against Rangers, we’ve got to go out and do it against the other teams. We’ve shown last season what we can do and we need to start doing that and start winning games and push up the league.”

“We now need to recover well before the game against Hearts. We’ve had two very hard games which has taken a lot out the legs but we will listen to Junior Mendes(head of sports science) who will help us recover and ready to go again on Saturday.”

“We got a good result against Hearts here last season and we have to go and play the same way. We’ve got to get some wins on the board and move up the table.

“It’s a 4pm kick off which is a bit strange but it’s only an hour so doesn’t disrupt the routine too much. Hopefully the fans will come out and give us their backing and cheer us on to three points.”

More reaction from Adam Barton as well as Jags gaffer Alan Archibald is available now to Jagzone subscribers. Log in now to see it.