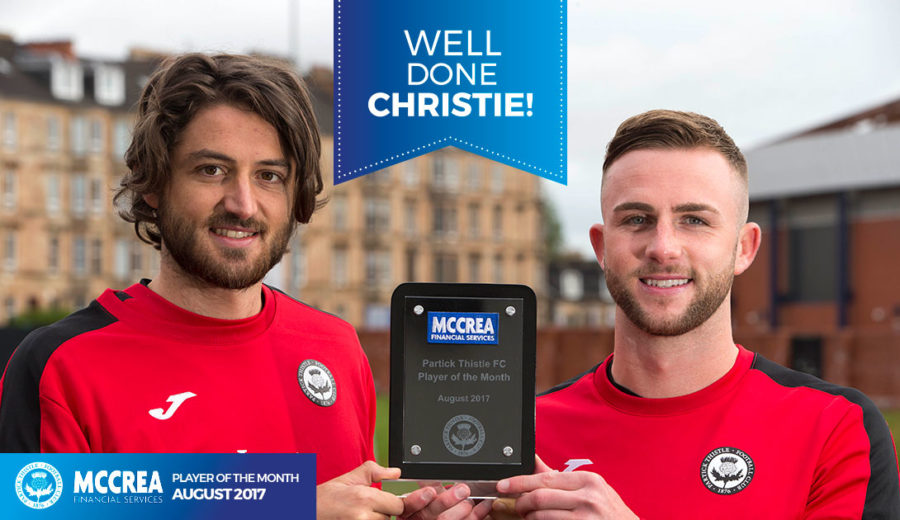 Christie Elliott has been voted the McCrea Financial Services Player of the Month for August.

Formerly known as the Firhill utility man Christie has well and truly found his position on the pitch this season. A revelation at full back, Christie provides a balance of defensive ability with powerful attacking threat and the quality of his crosses have shone throughout August. Now in his seventh season with the club Christie is well worth his inclusion in the August shortlist.

The club’s 2016/17 McCrea Financial Services Player of the Year, Adam Barton, was on hand to deliver the trophy. 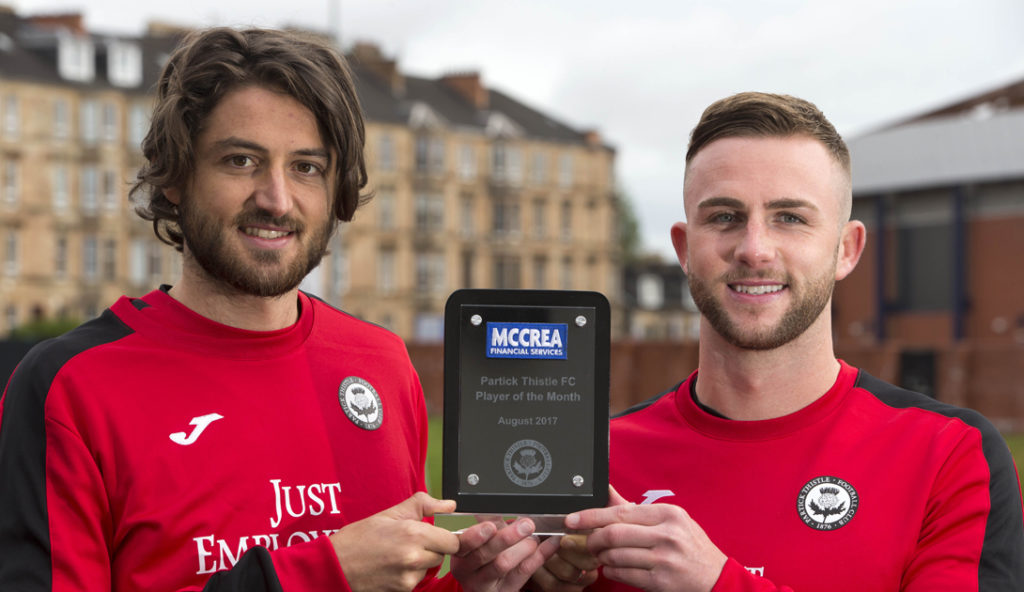 On receiving the first of the monthly awards to be handed out this season Christie said: “Obviously I would just like to thank everyone who voted for me and to try and put into words just how much this means. As I say I think this is the first one I have won since I’ve been here so it really is extra special.

“Obviously I’ve been a Thistle player for a long time now but I really feel at home with the club and the longer that continues the better. The last season or so have been a bit of a transition for me as I’ve found a bit of consistency in position at full back. Unfortunately with injuries I’m needing to play a bit at left back just now but the important thing for me is to be playing football, from there I just need to do my best to do everything I can to get the team over the line.”