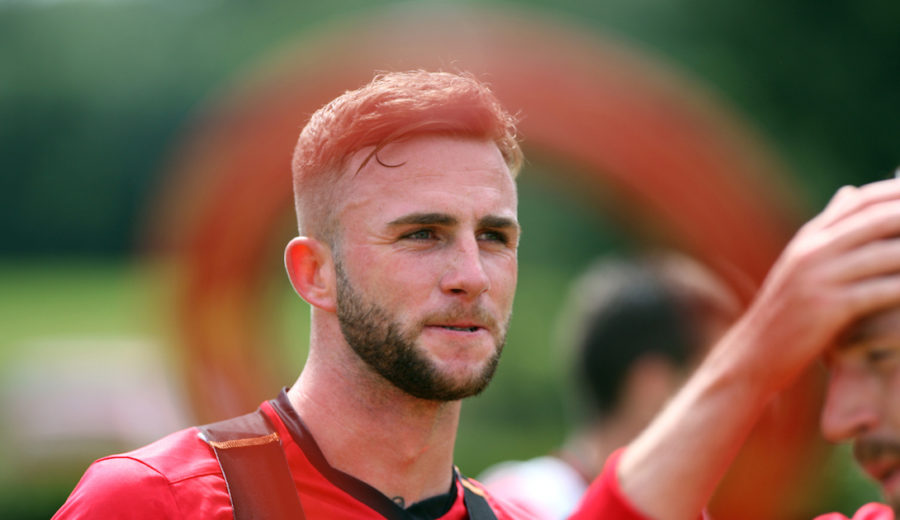 Elliott: There’s real light at the end of the tunnel for me now

For most of the Thistle first team players the week away in Marbella has been all about hard work, raising fitness levels and looking forward to the action returning. For one Jag though it has been much more about finally seeing light at the end of what has, at times, seemed like a very long tunnel.

Christie Elliott collided with John Souttar in Thistle’s 1-1 draw against Hearts in September and during the course of the clash did serious damage to his ankle. Since then it has been a long road of treatment and rehab for Thistle’s number 14 but there is at last hope as the Jarrow Arrow returns to running and ups his loads with a view to a potential February return.

Elliott sat down with ptfc.co.uk to talk about the team’s trip to Spain, his ongoing recovery and how tough the recovery process has been at times

“Yea it’s been really good week but getting to this stage has felt like a very long time coming over the last month or so. I’ve always had in the back of my head that I want to get back involved as soon as possible but obviously with a longer term injury you just have to take each day as it comes really. Marcin, the physio, has been really good with me and has kept me on track right the way through with different recovery plans designed to get me back playing as soon as possible.

“We’re slightly ahead of where I should be right now in terms of recovery which is brilliant. When I was first told about my injury it was a four to six month timeline which was really tough to take. I’ve kept myself positive though and everyone at the club has been excellent in terms of pushing me on and keeping me motivated. It was obviously always going to be a long road back but I’ve been determined right from the start to get back sooner rather than later.”

No footballer wants to be injured but when the layoff is long term it tends to hit extra hard. The one thing that did fall in Christie’s favour was that he was never short of company in the treatment room during his lengthy layoff.

“It can be a lonely time being injured but the way it has fallen for me I’ve actually had a treatment room full of people to keep me company! That might not have been good for the gaffer but it certainly helped in my recovery. That’s the good thing about this club though – you never ever feel alone and the boys will always keep you involved. There are always going to be tough times but that keeps you motivated and ultimately gets you back to fitness quicker.”

Full match participation is still a few weeks away but Christie is determined to give himself the best chance of getting back into the starting 11 when his opportunity does come along.

“I’ve been able to keep my fitness ticking over which has been good but there’s still a lot of hard work. I’ve barely kicked a ball in that time so it all still feels a bit alien but that will come back in no time as I build up the strength. I’m just hoping the worst days are behind me now.”

Luckily for Christie, this week has seen him continue his rehab in rather sunnier climes than those he was enduring before Christmas with the team basing themselves in Marbella for a warm weather training camp.

“It’s been a week of hard work as Marcin has really been pushing us but I love that to be honest and it all just contributes to me being stronger and fitter quickly. The fact we can work in the sun on grass pitches makes a huge difference to the frozen astro we were dealing with before Christmas. Hopefully the work we are putting in now will mean I can stay injury free for the rest of the season.”

Christie had found probably his most consistent run f form as a full back before his injury and with a lot of competition for those positions he knows he will have a fight on his hands to get that spot back. Having spent much of his career without a set position though, the Geordie lad is keen not to lose his spot without a fight.

“I really thought I had nailed down a position for myself and then I got injured. Competition in a squad is a good thing though and will only benefit all of us in the long run. I really enjoyed playing at full back and that’s where I want to get back to. You never know though, with Jordan Turnbull leaving I might give centre back a shot – I’ve played just about everywhere else!”

A strong finish to 2017 should see Christie re-join a squad occupying a much healthier position than it could otherwise have been in.

“We finished the year well and we are still within reach of a lot of the teams above us. If we can take the momentum into 2018 then we can still achieve our goals this season. We’ve got a good squad and hopefully we can start chasing down the teams above us in the table.

“I’m raring to go but the return to action in January is probably a bit soon for me. We’ve got a lot of games coming though so there will be plenty of opportunities. I’m targeting February but obviously the last thing I want to do is come back too soon and do more damage so I’ll be listening to what the physio says and taking it from there. The main target for me is to get back playing though and I’ll be doing everything I can to make that happen as soon as possible.”