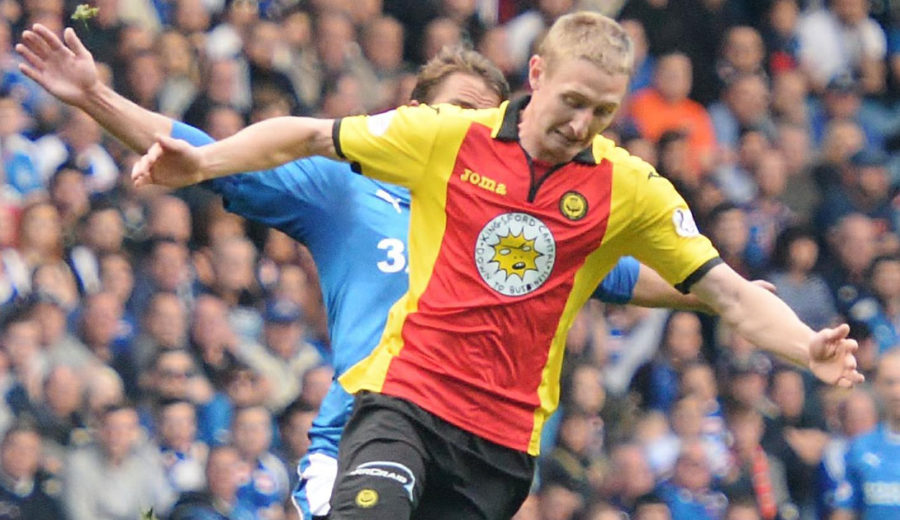 It was a subdued team bus which made its way back to Maryhill from Ibrox after Thistle fell to a 2-0 defeat to Rangers. Ptfc.co.uk caught up with one of creative sparks, Chris Erskine, to gather his thoughts on the Glasgow derby.

“I thought we were really good for the first half hour. Rangers started stronger but after the first five minutes I thought we were the better team in the opening 30 minutes. I think we end up 1-0 down without Ryan Scully having made a save. Even at 1-0 we’re doing fine and then we make a mistake at the back and it goes 2-0. After that it is hard for us to get back in it.”

Yesterday’s match had a familiar storyline to it, with Thistle playing well in the game and not picking up the points that the side feel they deserve.

“Yeah, exactly. I think we’ve been like that in every game, except the St Johnstone game where we never played well. The rest of the games we’ve been playing pretty well and either making a mistake at the back or not putting chances away in front of goal and we did that today. In the second half I had a good chance which if I had scored could maybe have changed it.”

The chance Chris reflects on came at the start of the second half and we asked the attacker to talk us through the opportunity from his position on the pitch.

“It was a strange one to watch. I’m thinking about taking a touch at first, but the defender comes in forcing me to hit it first time. I don’t really catch it the way I wanted to. I was trying to play it into the other corner. It ends up underneath the goalkeeper, spins up and I’m still thinking it’s going in. 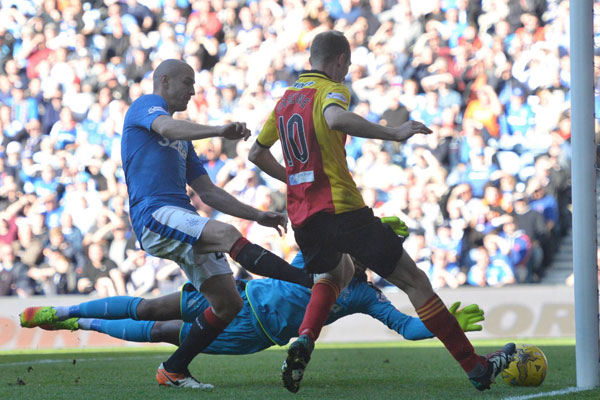 “I kind of half go for it and then I end up at the post and I still think it’s going in. At the last minute it hits the post and they clear it. I should have run in and just slid it into the net. It’s a bad miss for me. I’ve been putting them away in other games, so it fell to the right person in terms of form, but I haven’t managed to score today and it wasn’t to be.”

Thistle enter the international break bottom of the Ladbrokes Premiership table with a crunch clash against Hamilton Accies coming up on the other side of the break.

“We keep saying that we will take positives from games but it is now becoming really important that we start winning games. I think we would rather win ugly rather than playing good football and keep losing points. It comes down to the Hamilton game being massive now and we need the three points. “