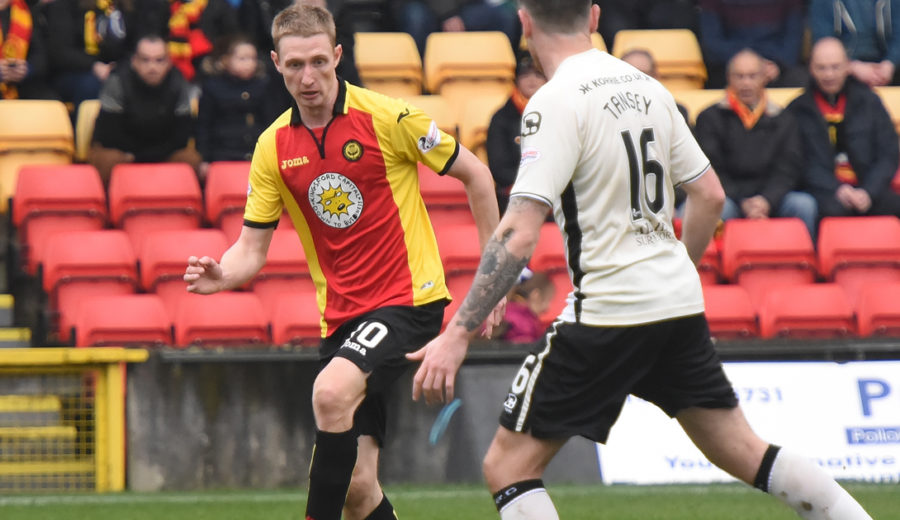 Erskine gutted not to hold on

Chris Erskine was massively disappointed after Thistle let all three points, and a clear gap in the top six, slip by conceding a last minute equaliser to Inverness at Firhill.

Thistle looked to have all three points through Kris Doolan but old habits returned as Inverness equalised with the last kick of the ball.

Erskine was finding it tough to deal with when speaking to ptfc.co.uk after the match.

“We are really disappointed after that. I thought we controlled most of, if not all the game. We got our rewards with the goal and should have saw the game out but it’s then an absolute sickener losing the goal at the end.

“We should have had the three points, we should have stopped the ball coming in. We’ve worked hard the full game at stopping them but when it mattered with the very last kick of the ball we’ve not done it.”

“The manager said to us after the game he thought we had eradicated that from our game, we done it a lot at the start of the season but have been doing much better. However, we’ve done it today and it’s cost us. It’s a massive two points we’ve dropped.

“We could have been clear in sixth tonight, with Kilmarnock scoring late and then us conceding it cuts our gap to two points and we go to Rugby Park next week.”

Thistle are two points clear of Kilmarnock in sixth place but travel to face the Ayrshire side next week, in a match which is now even more important.

“It makes next week a massive game, we could have been relaxed going into that one with a bit of breathing space but it’s puts a bit of pressure on now and it’s a game we need to go into and win.”

“We’ve got one more game before the international break and it’s important we go into that break on a high and still in the top six.”

More reaction is available from Ade Azeez and Niall Keown on Jagzone. Log in now to see it.