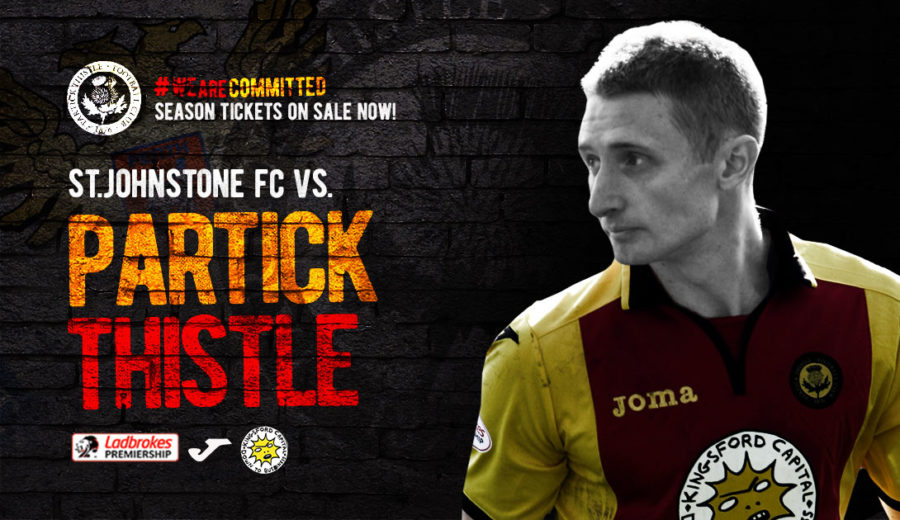 Chris Erskine is hoping to extend Thistle’s winning run in Perth to five games – an impressive feat after Thistle had gone two decades without a win there.

The attacker feels the recent record at McDiarmid can help win all three points.

He said: “We go into the game feeling we can get the three points. We go into most games feeling that and we believe in ourselves. This is a game we feel we can win but we know we have to work for it.

“We have a good record in Perth and won there twice already this season so want to make it three times on Saturday.

“When you have a ground like that where you have a good record and good memories then it does help. We go there full of confidence and hoping to put in another good performance.”

The season enters its final run of games with Thistle playing their last three games over the next eight days. Erskine knows it’s important to finish the season on a high.

“We got the top six place and that was our objective for the year but we still want to win every game we play.”

Despite a late defeat to Rangers last week Chris is still hoping to catch Hearts in fifth place.

“If we pick up the win and Hearts lose it gets us closer to Hearts so that’s still open to us. We are still close enough to them that we have the chance and as long as there is that chance then we will keep fighting for fifth.”

Squiddy returned to Firhill during the summer and admits he has enjoyed being home.

“I’ve really enjoyed the season, it’s been great to be back. I obviously knew I was coming back in the January and I was excited, it was a long wait to get back but it’s been a great season.

“I’ve enjoyed being here and playing football. I just wanted to to get out there and help  and I’ve managed to do that. I’ve got a few goals and assists and I’m delighted to have played my part in such a great season for the club. To achieve top six in my first season back has made it even better and I’m glad to be a part of that.”

More exclusive preview interviews, with Adam Barton and Abdul Osman as well as Thistle gaffer, Alan Archibald are available to Jagzone subscribers. Log in now to see them.

Can’t make it to Perth? Jagzone members will also be able to watch highlights of the game from midnight and will be able to listen to live audio commentary from Perth.

Chris has committed, will you join him? 2017/18 season tickets are now on sale.