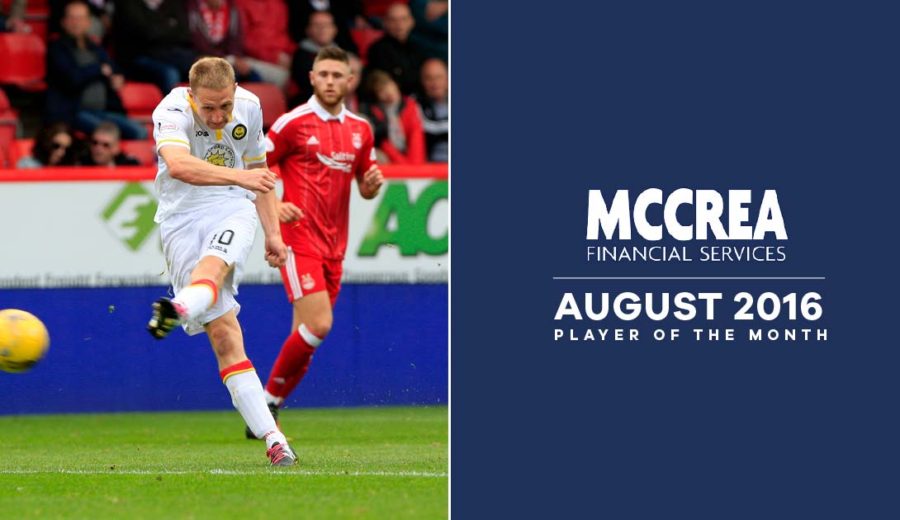 Chris Erskine has won the McCrea Financial Services Player of the Month award for August.

Chris absolutely dominated the voting for the first monthly award of the 2016/17 season, accruing more than 70% of the votes from Jags fans.

The month of August has been a fruitful one for returning Jag, Erskine. Two goals in three games for the Firhill number 10 were what secured him a nomination for the trophy but his influence on games and never say die attitude were what won him it. 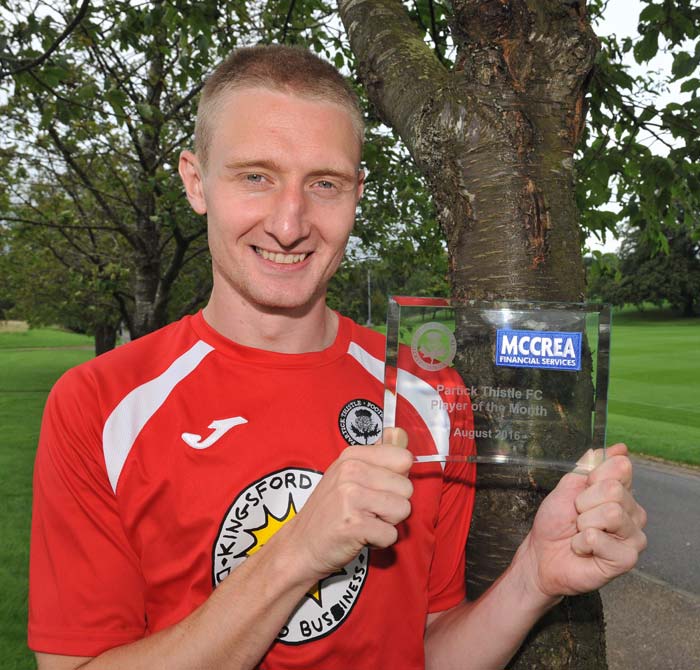 Chris’s goal before half time against Inverness kicked the rest of team into gear as the Jags went on to win comfortably and his wonder strike against Aberdeen deserved to be more than just a consolation.

On winning the August gong, Erskine said: “Since I came back to Firhill everything has gone well for me and I feel like I have never been away. I love it here and it is great to be back but it’s important we start picking up the points now. I feel like we have been unlucky in some games but the table doesn’t lie and we need to start making our chances count.

It’s a real privilege to have won the award, especially in my first month back at the club. The fact that it’s something the supporters have voted for makes it extra special and I would like to thank everyone who chose me. I feel like there is still a lot to come from me this season and I hope I keep improving as the weeks go by.”