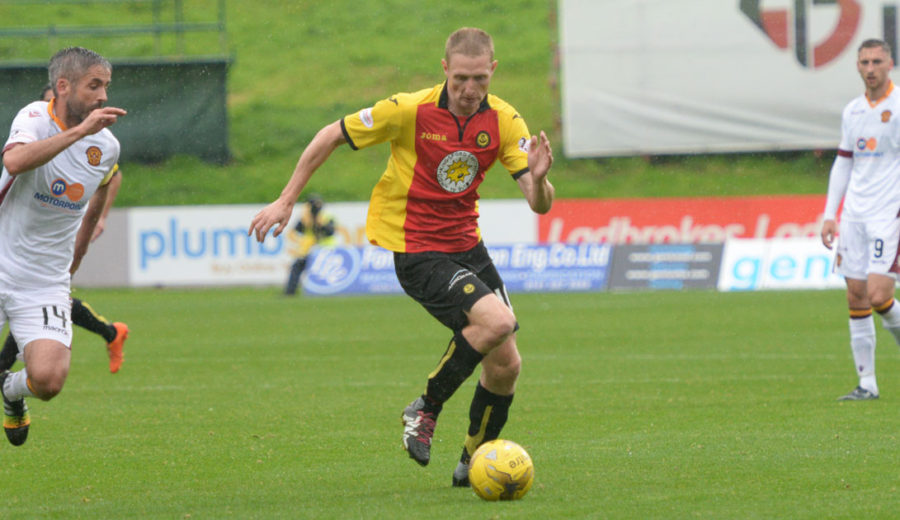 Chris Erskine grabbed the opening goal of the game against Motherwell and looked to have given Thistle all three points until a late Motherwell equaliser gave the away side a share of the points.

The attacker was disappointed not to have left Firhill with all three points.

Speaking to PTFC.co.uk after the game he said: “We’re hugely disappointed not to come away with the win. I thought we more than deserved it. We created a lot of chances and had the majority of the play and I thought we were the better team for most of the game.

“We should have buried the match and been out of sight, long before they got the equaliser which was disappointing. It was the same last week against Kilmarnock and we are left disappointed again.”

“There are a lot of positives to take from the match, we played well, we pressed the ball well and passed it about. They had a small spell but the rest of the time it was all us and we should have the three points.”

“It’s the same old story really, we come away with a lot of positives in terms of performances but without the win to show for it. We know we need to start getting the three points.

“The goal came from great pressing from Ade Azeez and David Amoo up helping him. It forced the defender to panic and I’ve just anticipated the back pass and managed to slot it under the keeper, so I’m delighted to get the goal but it’s tinged with not getting the three points.

“We were disappointed with the goal we lose, it was a cross into the box and the smallest man in the eighteen-yard box scores. We have to defend that better and we know we have to score more goals when we have the chances.”

Those at the game may have been concerned with Chris coming off injured towards the end but he had some good news for the Jags support.

“I’m feeling ok. I hadn’t trained a lot of the week, I picked up a knock last week but trained Thursday, felt a bit sore and then was ok yesterday to play and it just tightened up but I’ll be fine and raring to go for next week.”

Next up is a trip to Ibrox to face Rangers and Squiddy admits the players have nothing to fear.

“It’ll be a hard game but we have a lot of positives to take from this week and last week, we have to sharpen up a bit going forward and at the back but I’m sure it’ll all click into place and hopefully that’s next week. We know we have the players to cause anyone problems and we won’t go into the game fearing anyone. “