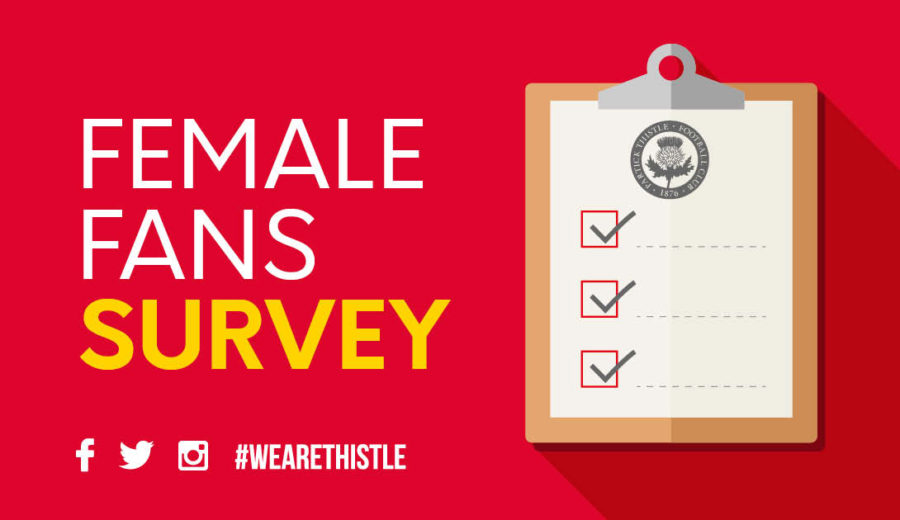 Back in November Partick Thistle launched the Club’s first ever survey of its female fans. Rather than rely on anecdotal evidence to inform the Club’s business plan going forward, the survey went through female fans’ match day experience to identify what’s good, bad or simply missing in their contact with the Club.

On receiving the results of the survey Beth Adamson, Thistle’s Supporter Engagement Officer, said: “Every single response has helped us shape a better idea of how we can improve the matchday experience for our female fans so we’re grateful to everyone who responded. What it gives us now is a clear picture of what is and what is not working well, it’s now down to us as a Club to fix what isn’t.

“The hard work starts now. Our female support has spoken so we know what we need to do and efforts are already well underway on an action plan in response to these results. I am supported fully by the board of directors and my aim now is to have the first changes in place by the end of the season and a clear plan in place for anything that we are not able to achieve in that timescale.”

The survey results can be split broadly into three categories and there is a summary of the main findings from each below:

Positives – there were a number of positive statistics which emerged from the survey: 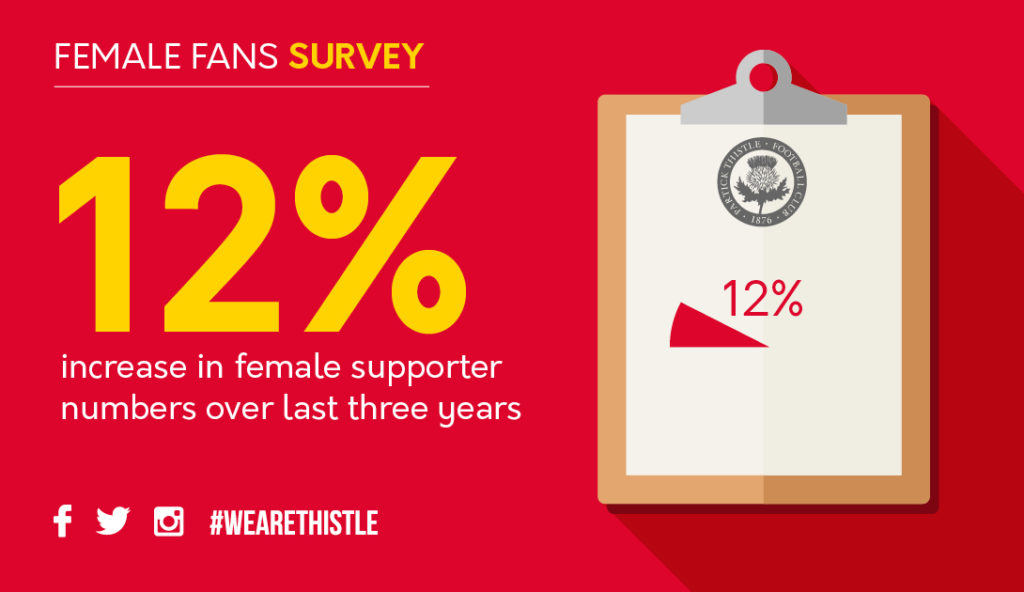 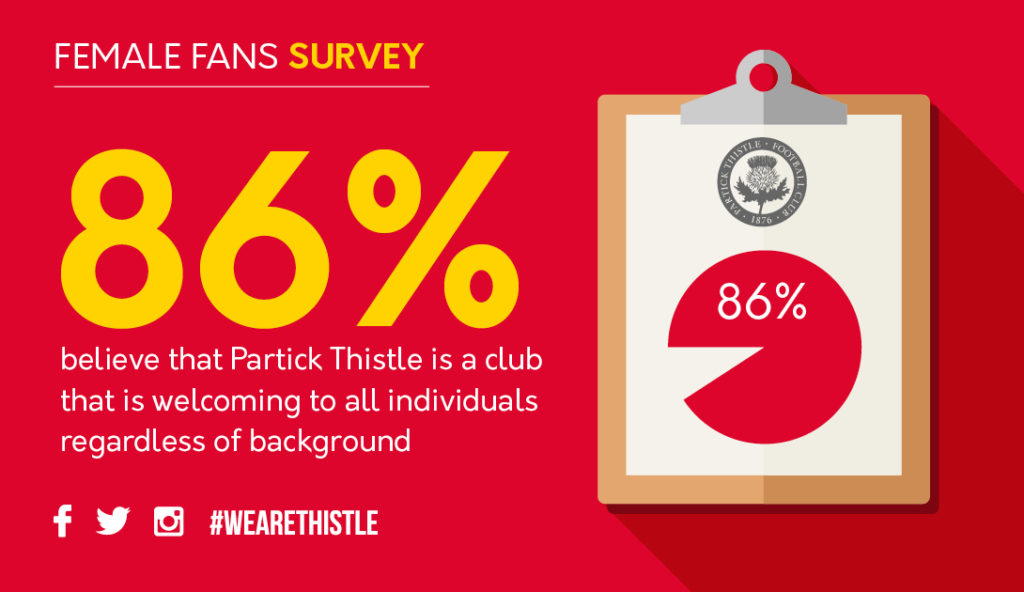 For improvement – it was always going to be important that the survey responses were honest and up front so there were some key areas which emerged as issues that need improving:

From the club’s perspective two additional statistics also stood out as areas where work needs to be done:

If anyone has any additional input then they can pass it on to Beth by emailing  .

Now we want to fill the Energy Check Stadium at Firhill with female voices for our Ladbrokes Premiership match against Kilmarnock. FOr more details on how you can get involved send an email to