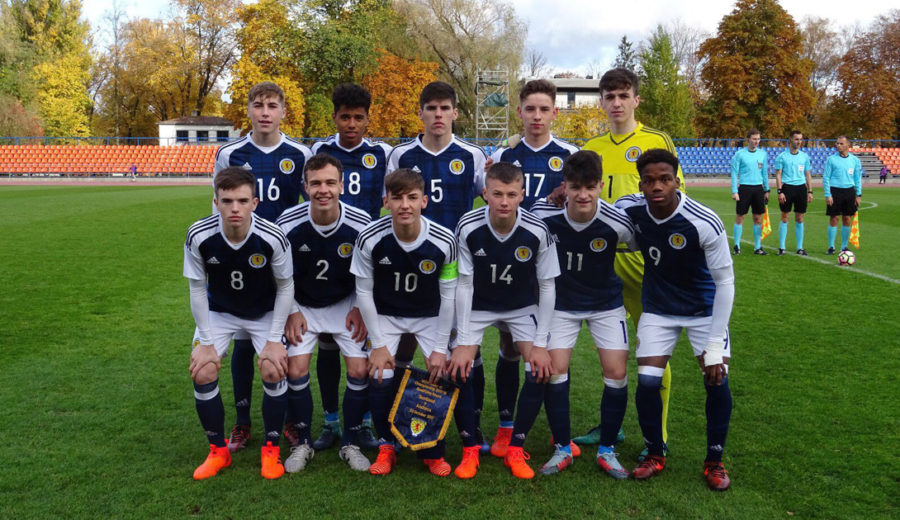 As the first team continue to battle hard for valuable points in the Ladbrokes Premiership, one of our young Jags is currently plying his trade at international level. Aidan Fitzpatrick, a Thistle Weir Academy graduate who signed full time with the Thistle development squad at the beginning of the season, is currently with the Scotland under 17 squad in Estonia for the UEFA European Championship Qualifiers against Andorra, Estonia and Denmark. Aidan has already played as part of the U17 squad, playing against Wales in a challenge match earlier this year, but this trip will see him taste his first competitive action.

Having already played in the first fixture, a 2-1 win over Andorra, and was on the bench for the second fixture, a 3-0 win over Estonia which sealed the side’s qualification for the Elite Round of the European Qualifiers, it’s fair to say Aidan has already made his mark on the squad. 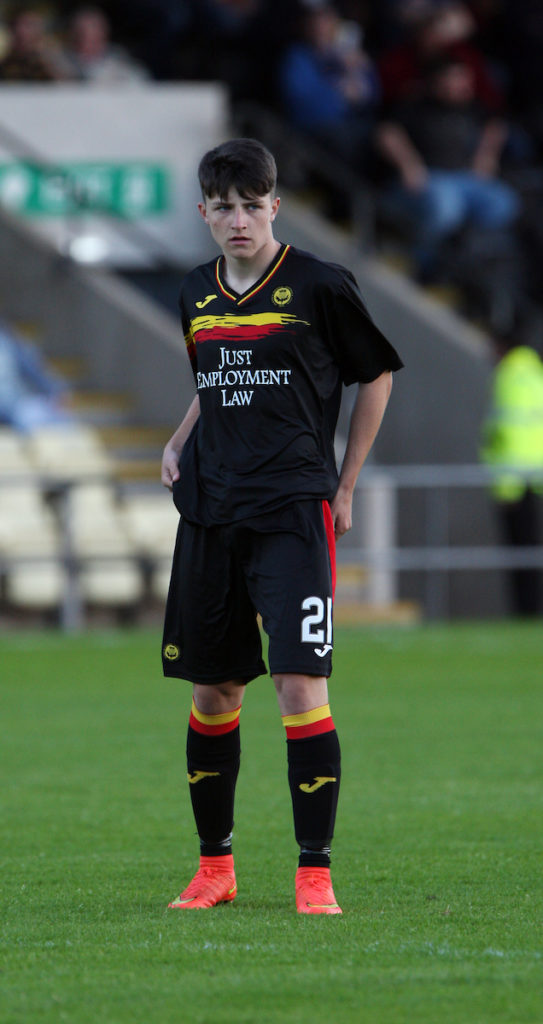 Jagzone will be catching up with Aidan on his return but in the meantime Academy director, Gerry Britton, spoke exclusively to ptfc.co.uk about Aidan’s achievement in getting his first international call ups.

Gerry said: “Obviously the top ambition for any player is to play for their country so we’re all delighted that Aidan has had this brilliant opportunity so early in his career. I just hope it’s the first of many trips he’ll take with the national squad.

“We’ve worked with Aidan since he was 12 and he’s definitely been a promising talent since then. For me it says a lot about him that he has always played above himself in terms of age groups, often playing with players who are a year or two older than him. Most importantly though has been his attitude. Every training session and every match he is involved in it is clear he wants to learn and progress as a player and as a person and that’s huge credit to him. It’s also a great example for the players following in his footsteps and some of our young players could learn a lot from looking at Aidan.

“We always said that the Academy wouldn’t be an overnight success but I think you’re starting to see the fruits of what we’re putting in place and with Andy McCarthy now regularly involved in first team squads and James Penrice, Neil McLaughlin, Mark Lamont and Conor Higgins all now on loan playing senior football there are plenty of positive signs in terms of progression.

“There are big changes coming in terms of youth football in Scotland in the coming years. The important thing for us though is that we have players like Aidan coming through the system and a manager like Alan Archibald who is willing to give youngsters a decent chance in the first team, when they’re ready. As long as that stays the same I am very optimistic that the Academy will continue to go from strength to strength and hopefully we can look forward to seeing more home grown talent coming through the ranks as years go by.

Article Copyright © 2017. Permission to use quotations from this article online or in print is only granted subject to appropriate source credit and hyperlink to ptfc.co.uk.