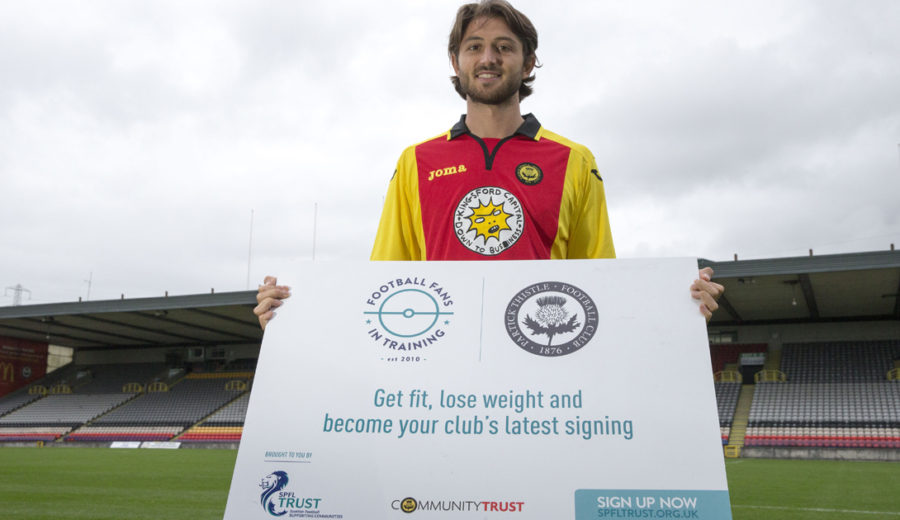 Football Fans In Training is back!

It’s another new season of football which can only mean one thing – Football Fans in Training is back.

The 12 week programme, delivered by the Partick Thistle Community Trust, is specifically designed to provide a community based weight management and healthy lifestyle intervention. Each class is delivered at the home of Thistle – Firhill Stadium and provides exercise guidance, support and nutritional information by an exercise professional.

Partick Thistle’s Community Trust are running TWO back to back programmes for both males and, for the first time, females starting in late September.

The main aims of the programme are to:

®      Increase engagement in other physical activity

Not only has the previous programmes resulted in a significant amount of weight loss but also improved mental components which the participants have said to have had a greater effect on their lifestyle, take Graham as an example:

“After a year of not drinking I very quickly realised that I was changing my addiction from drink to food, and last year I’d had enough of gaining weight and signed up to do the Partick Thistle Football Fans in Training (FFIT) program. 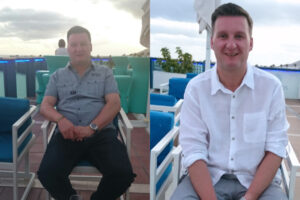 “At first, I joined just to lose weight but very quickly started to get so much more out of it, I soon realised that I had no confidence in myself, and although I had quit drinking I still didn’t particularly like myself.

“The great thing about FFIT is that it’s not rammed down your throat, it’s not like a weight watchers or any other weight loss programme – it’s about changing your habits. What I found helped me massively is the education, I thought I knew all about food but when we broke it down it was shocking to see the amount of junk I was eating, it was frightening.

“FFIT is not only a brilliant physically it is a huge benefit mentally, I have now lost 20KG from being on the programme and I have gained so much confidence which is just the most amazing thing from someone who 4 years ago was at deaths door and not bothered about it.”

After finishing FFIT Graham hasn’t stopped, he has continued to run and play 11-a-side football, when he thought he would never be able to play 7s never mind 11s.

The inspiration from the programme has led Graham to now run a Half Marathon on October 2nd which he is doing to also raise money for the Partick Thistle Community Trust.

On Thursday 29th September, females between 35 and 65 can start their 12 week programme at Firhill Stadium between 6.30pm – 8pm.

Don’t get fat, get FFIT!

Sign up today by contacting the Partick Thistle Community Trust by emailing  , calling 0141 579 1971, or by filling in the contact us form on ptfc.co.uk.