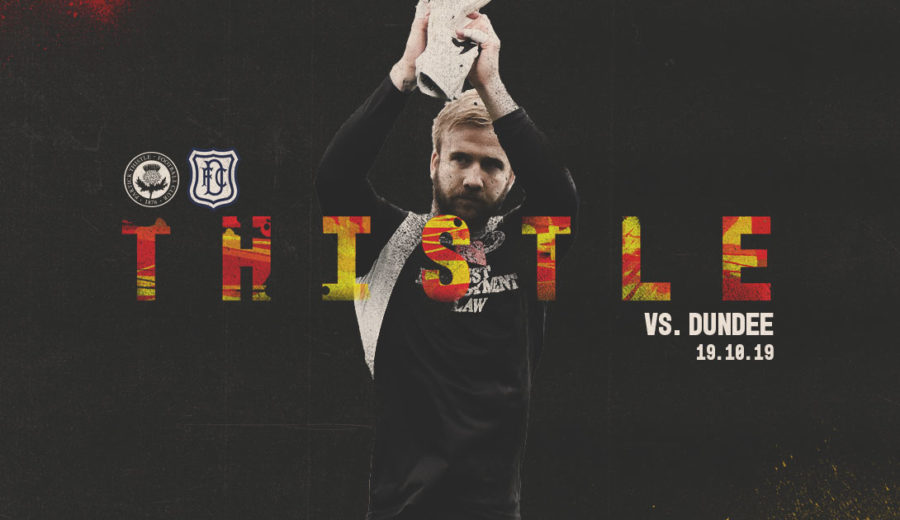 Fox hoping to go on a run

Scott Fox is hoping to build on the win and clean sheet against Connah’s Quay Nomads with a victory over Dundee as Thistle return to Ladbrokes Championship action.

Thistle travel to Dens Park this weekend after recording a 2-0 win last Saturday in the Tunnock’s Caramel Wafer Challenge Cup and the Jags ‘stopper is hoping that the cup triumph can be the catalyst for a positive run in the league.

Speaking to ptfc.co.uk, he said:

“With the result at the weekend, getting through to the next round of the cup, confidence has been lifted.

“We’ve had a couple of good results now and performances have been there too, so we want to take that into the game on Saturday.”

Scott was pleased with the team’s display against the Nomads who provided a stern challenge for the Maryhill men.

“I think it was the performance on Saturday that was the most pleasing, it was a professional performance against a tough team, and we did everything that was required.

“They have done well in the Challenge Cup and beat Killie in Europe this season, so it was brilliant to beat them as comfortably as we did.”

The goalkeeper admits a shutout was long overdue and he hopes for more to give the rest of the team a platform to play from.

“It was nice to keep that clean sheet; I think as a defensive unit we had been playing better in recent weeks so it was good to cap that off by keeping that clean sheet. We need to look to do it again on Saturday, however, and look to give the team something to build on.

“We’ve conceded too many goals this season, we know with the players we have at the other end if we can keep it closed at the back then we have a good chance of getting the points.”

The Jags number 22 knows it will be a tough game but says the players go into the fixture feeling confident.

“We know it will be a tough game, they are at home but we know with that they have a lot of pressure on them so we have to go and take advantage, we put pressure on ourselves to win but we feel as a team whenever we step on that pitch that we can win and it will be no different on Saturday.

“It’s important now to try and go on a run, to put a run of results together. In this league, if you do that you can start to climb the table very quickly and that is what we are aiming to do.”