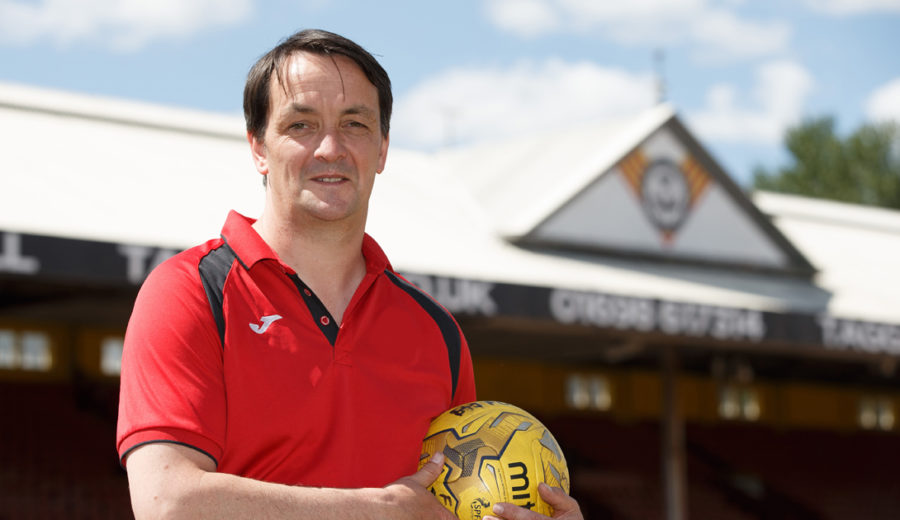 “The Chief Executive role has taken on an even greater significance for the Club in light of recent developments. It is vital that we have someone who knows and understands the club and its supporters and also knows exactly what is required in the coming months. Following a rigorous recruitment process we believe that we have the perfect man for the job in Gerry Britton.

“We were pleased and impressed at both the number and quality of applications we received for the job, from north and south of the border, and an incredibly strong shortlist emerged. After a rigorous process, including an initial application, two assessment interviews, a face-to-face selection meeting with the Board’s recruitment panel and then ratification by the full Board, it was clear that Gerry was the best candidate by far to take the Club forward at this crucial time.

It’s a great appointment for Thistle and all at the Club now look forward to working with Gerry in this new capacity.

“In addition to his long connection with Thistle in a number of key roles, Gerry stood out in terms of his strategic thinking and football knowledge. These qualities were backed up by an irrepressible passion for the club as well as a strong desire to be part of the team tasked with moving Thistle on in the coming year.

“It’s a great appointment for Thistle and all at the Club now look forward to working with Gerry in this new capacity.”

Gerry’s position as Director of the Thistle Weir Academy will be filled by the current interim Director, Scott Allison.

In addition to his time as a player at Thistle and to holding a UEFA A licence, Gerry has an extensive and varied CV. Since hanging up his boots Gerry has spent four years at Bridge Litigation, one of Glasgow’s top criminal law firms, a year of which was spent as the managing solicitor. He has also spent time working for the PFA and Show Racism the Red Card.

Since returning to Thistle, Gerry has five years under his belt as the Head of the Thistle Weir Youth Academy, a spell that has seen the likes of Liam Lindsay, Jack Hendry, Andrew McCarthy and James Penrice make their way into the Jags first team.

“Having been a player, coach, assistant manager, manager and Academy Director at the club, Partick Thistle means a huge amount to me and has played a massive part in my life. To say I am happy to be taking over as the new Chief Executive is an understatement. I have always been proud to be part of this Club and, even at this testing time, there is nowhere else I would rather be than Firhill.

I am up for the challenge and pleased to be able to use my skills in business and football to help the Club I love.

“I am up for the challenge and pleased to be able to use my skills in business and football to help the Club I love. The hard work has already started and will continue at pace over the coming year.

“The disappointment at how last season finished has now been replaced by a determination to bounce back and an excitement around what is now in front of us. There are challenges ahead but I cannot wait to get started.”