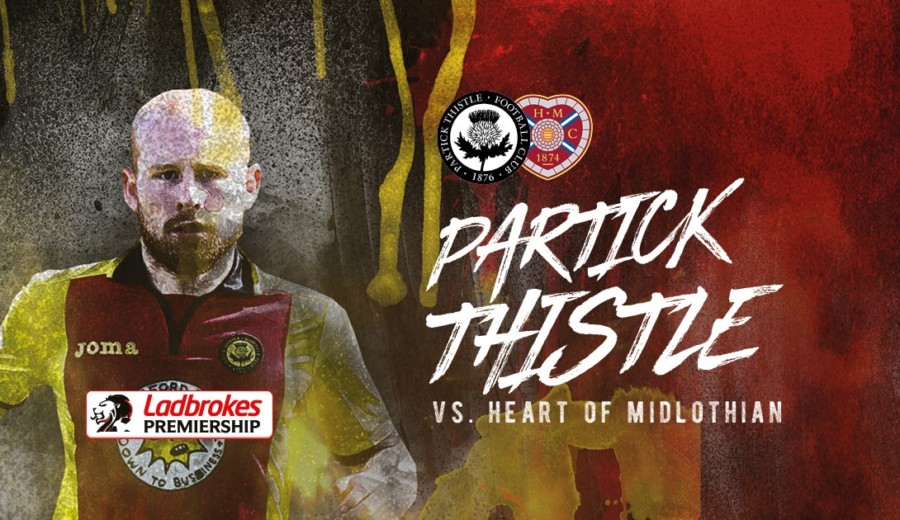 Gordon: We are full of belief

Ziggy Gordon is looking forward to stepping back out on the Firhill pitch and hoping for a repeat of the opening day victory over Inverness.

Despite a good performance against Aberdeen last weekend the team returned pointless down the A90 and now Ziggy is hoping to turn performances into points as Hearts come calling.

Speaking to PTFC.co.uk the defender said: “I think everyone is raring to go, especially after the positive performance against Aberdeen. The result didn’t go our way but I thought we played well, we were unlucky not to come away with at least a point and we have to take that into Saturday.

“We go into the Hearts game confident and looking to get the points and put the result behind us. We will take a lot of positives from last weekend’s game and we will certainly take them into the game against Hearts.”

Ziggy reckons there is confidence and belief running through the side and knows they can put in a performance.

“We are a confident bunch, we install confidence in each other as a team and we know we can rely on each other and that’s always important.

“We need to go out and perform as a team, if we go out and we all perform then we can beat anyone. There isn’t a team in the league we should fear and we go out believing we can win any game.”

With that opening day victory at Firhill, Gordon is hoping to make full use of home advantage and continue a good start to the season

“It’s obviously important to win matches at Firhill. You want to give your home fans something to shout about and they always give us great backing at Firhill. It’s a long season and you don’t want to have to start thinking about must win games so if we can get points on the board early it makes all the difference. We won the first game and put a performance in against Aberdeen so things are going to plan. If we can follow that up against Hearts then it will be seen as a good start to the season.”

“We go into the international break after the game and we want to win going into that. We lost against Dundee United going into the break because of the Celtic postponement and it was horrible, you want to get back out there as soon as possible after a win. To have the week off after that wasn’t ideal, but we will use that and know that the only way we will go into the break happy is with all three points.”

Despite Hearts putting five past Inverness last week Gordon is still thinking about what we can do to hurt Hearts rather than the threat they pose.

“We obviously have to keep it tight at the back but our game plan won’t change, we will play the Partick Thistle way and try and play good football. We won’t kid ourselves that we aren’t playing a good side but for us it’s all about what we do as a team and not what others do. We have to concentrate on causing Hearts problems and hopefully we can do that.”

The Thistle number 23 is new to a defence that is still learning each other’s games but he knows it’s coming together with every training session.  After lining up at centre half against Dundee United Ziggy hopes he is showing what he can do.

“I’m quite comfortable playing anywhere across the back four and I’m happy to do anything the manager asks of me. I’ll go out and give everything for the team, the fans and the manager and hopefully I’ve shown that so far.

“The defence is learning each other’s game more and more. I was impressed by the quality since I got here, you don’t get to realise just how good the players are when you play them a few times a season so it’s been great training with them and getting to know each other’s games and I feel we are doing that. If we can continue to improve then it could be a great season”