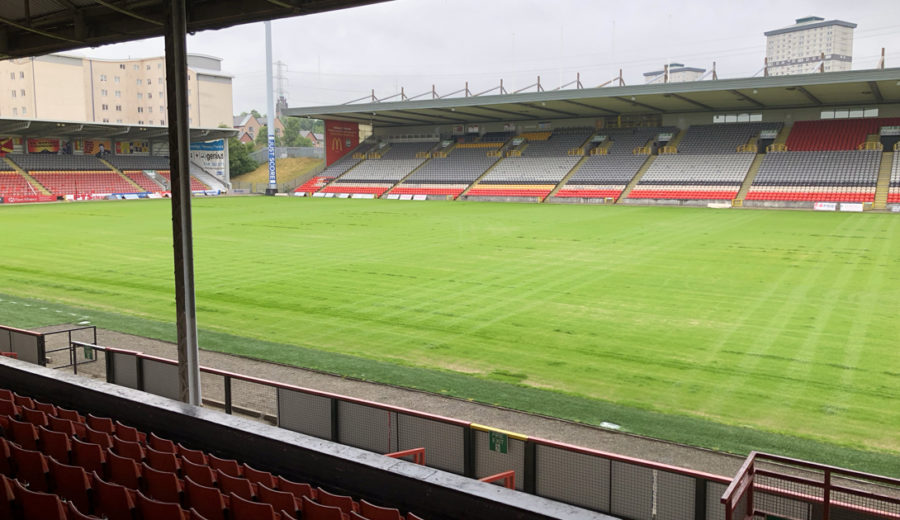 Groundsteam hard at work to deliver another top quality surface

After any given season, there is always one man still out on that pitch giving it his all. For Allan Findlay, Partick Thistle’s chief groundsman, the season’s end only signals the beginning of some very important work. Every season the Energy Check Stadium at Firhill experiences a re-growing of its turf with the old pitch dug up and re-seeded each summer. As such, the off-season actually represents Allan’s busiest period and with football returning to Maryhill in just over a month, we took the opportunity to catch up with the man in charge of the surface and discuss the trials and tribulations of re-growing the pitch.

We began by asking Allan why the pitch is dug up every summer and why he doesn’t just maintain the park throughout the close season.

“So the reason we re-grow the pitch is that towards the end of any given season, you start getting grass growing in that’s not supposed to be there and re-laying the pitch is essentially hitting the reset button. You get types of weed grass that come in near the end of the season and if you let them settle then the quality of the pitch goes down and, because of that, it’s easiest to just re-grow the entire park.” 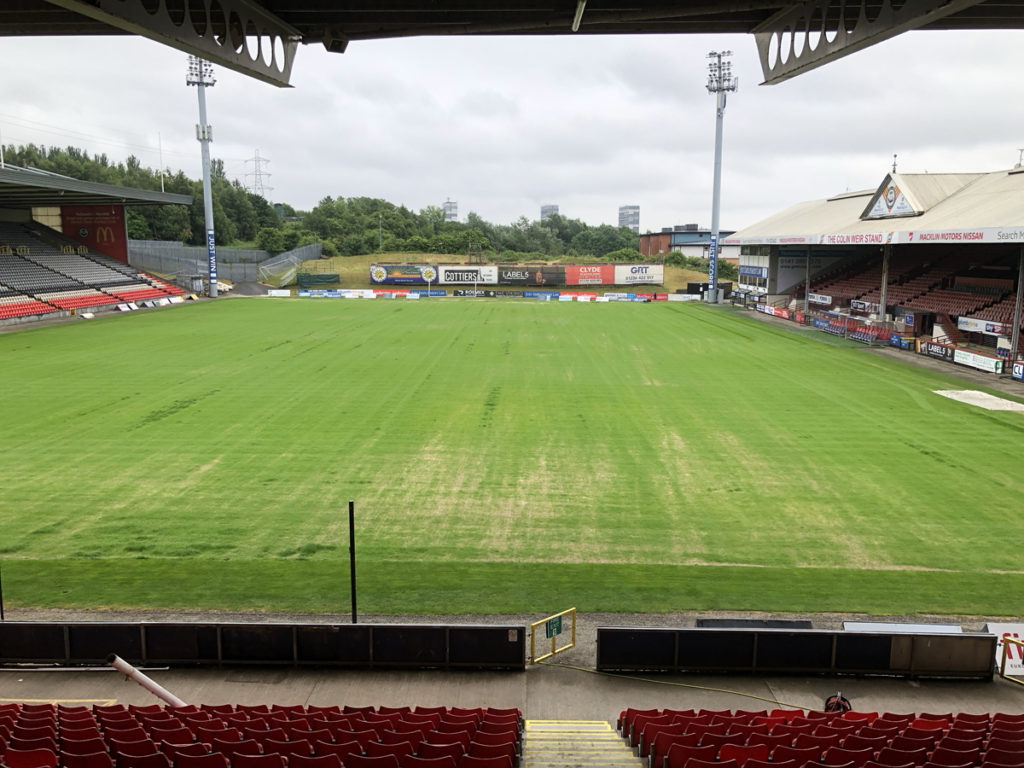 We then asked Allan how long the process will generally take and the main challenges he faces during.

“The time it takes can vary although this year it has been pretty quick. I’ve got a brand new machine this summer which allowed me to get rid of the old grass in around four hours so that made everything happen a lot quicker. From then the re-seeding took about three days and going past that it’s just about helping it grow over a number of weeks. In terms of challenges, the weather can be a big problem but it’s been pretty kind to me this year. High winds can mess up the spread of the seeding which is what would cause patchiness but we’ve not had that much.”

We then discussed the finished article with Allan and asked him whether he gets a sense of pride in his work when he sees the Thistle team out on the turf.

“Of course there’s a feeling of pride for me because a lot of hard work goes into the pitch; during the summer and throughout the season. It takes a lot of effort and time to get the pitch right so when we get it in good shape, as we have for the past couple of years, it’s pleasing. It’s not just about the work in the summer though, maintaining the park is vital because having a great pitch until September is no use, you need it to stay strong through the winter and right to the end of each season.”