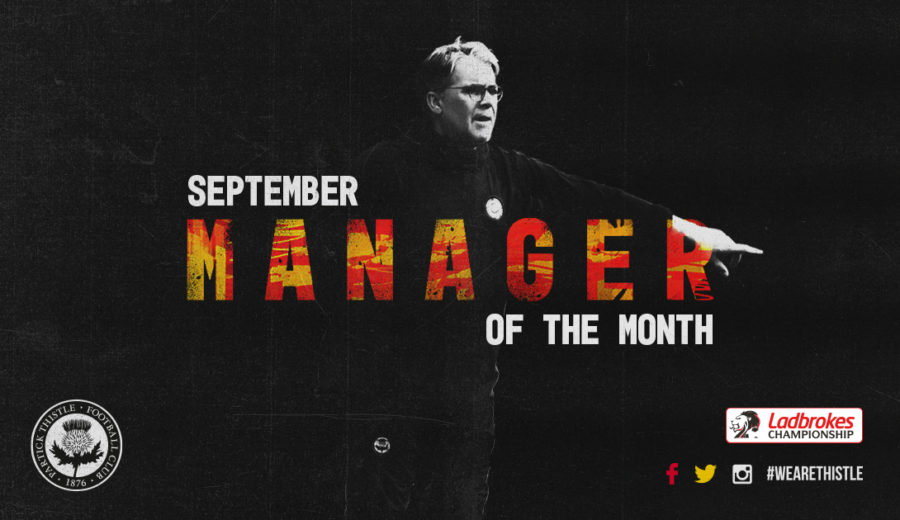 Ian McCall has been named the Ladbrokes Championship Manager of the Month for September after accumulating a 100% league record during the month. 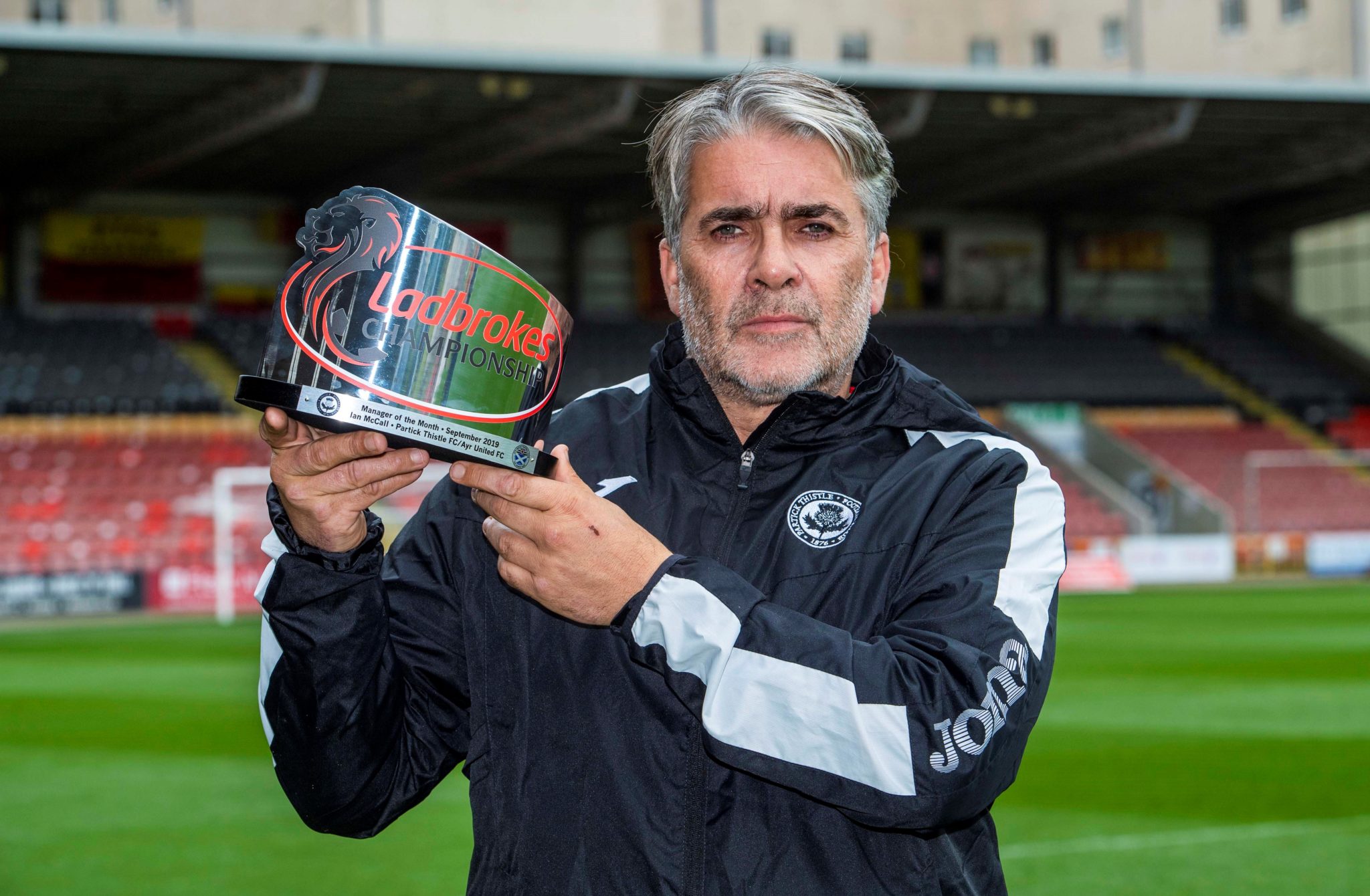 The gaffer orchestrated victories against Dundee United and Alloa Athletic as manager of Ayr United before defeating Inverness Caledonian Thistle last week in the highlands in his first league game as Partick Thistle manager. Ahead of receiving the award, the manager insisted that the names of both Ayr United F.C. and Partick Thistle F.C. were on the award due to the results of both teams contributing to it.

“It’s the first time I’ve won an award that has had two clubs on it, Thistle and Ayr United which is credit to the players of both clubs. Most of the games were with Ayr United, and just one with Thistle so I would give 75% of the credit to the Ayr United players and 25% to the Partick Thistle players.

“You only get these awards with wins and Saturday is a big, big game for us against Queen of the South. I hope that Firhill is jumping on Saturday with a very vocal home support and we give them something to cheer.”

Don’t miss out! Season tickets are still on sale at reduced prices. Purchase before Saturday for the chance to have lunch with the management team. Buy yours now