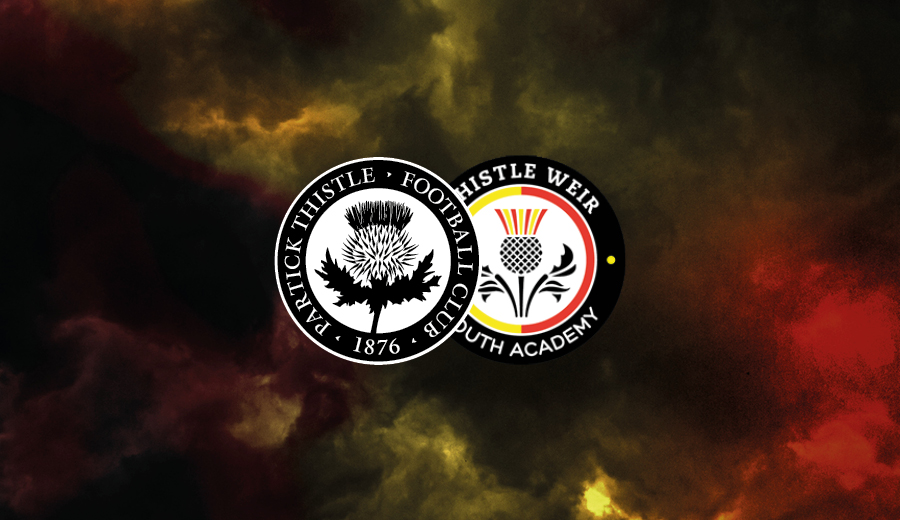 The Thistle Weir Youth Academy has had its long term future secured this week as it received additional new funding thanks to a further investment by Colin and Chris Weir.

After an extremely successful two and a half years, the Academy has already achieved a top five place in the national under 17s league, four star status with Club Academy Scotland and the progression of three Academy players into the first team set up. The Thistle Weir Ladies team, now part of the Academy set up, is currently top of their league. It is against this backdrop of successful development that Chris and Colin have agreed to provide £500,000 in additional funding to ensure that the Academy will continue to progress over the coming years.

The development across the Thistle Weir Youth Academy in recent years has been nothing short of phenomenal. Youth development is a massive part of the club’s long term future and is something that the club sees as essential to underpinning further success.

Although a long term project, we are already starting to reap the rewards from the initial investment as players break through to the first team. Huge credit has to go to Gerry Britton and Scott Allison, along with their dedicated team, for building that infrastructure from virtually nothing. There’s no two ways about it, the Thistle Weir Youth Academy is absolutely massive for this club and we are grateful to Chris and Colin for this further generous donation.

We are delighted by what the Academy has achieved to date. Gerry and his team have made impressive progress in a relatively short time, so we are very happy to provide further funds to ensure the Academy continues to grow.

Academy director, Gerry Britton, who spent six years at Thistle as a player as well as one season as manager, two as assistant and three as head of youth before the advent of the Academy, believes that over the next five years the rewards of the initial investment will truly be reaped. At the same time though, Britton is quick to emphasise that it is about more than just getting players on the pitch.

The Academy funding extension is beyond our wildest dreams as an organisation and will really allow us to kick on in the coming years. You have already started seeing some of the players making their impact on the first team with Kevin Nisbet, James Penrice and Neil McLaughlin all making appearances so far. The number of graduates moving into the first team will only increase over the next five years or so as we really start to taste the fruits from all the hard work.

The Academy is about more than just getting players into the first team though, it’s about changing lives. So many young players have had opportunities that they simply never would have had otherwise, thanks directly to the Weirs’ generosity. The money has allowed us to really power forward with the Thistle Weir Ladies team and our youth sides, at every level, have gone from strength to strength. There is plenty of room for improvement though and we certainly won’t be resting on our laurels.